HUBLOT SENDS A POWERFUL UNIVERSAL MESSAGE BECAUSE WE ARE ALL CHAMPIONS 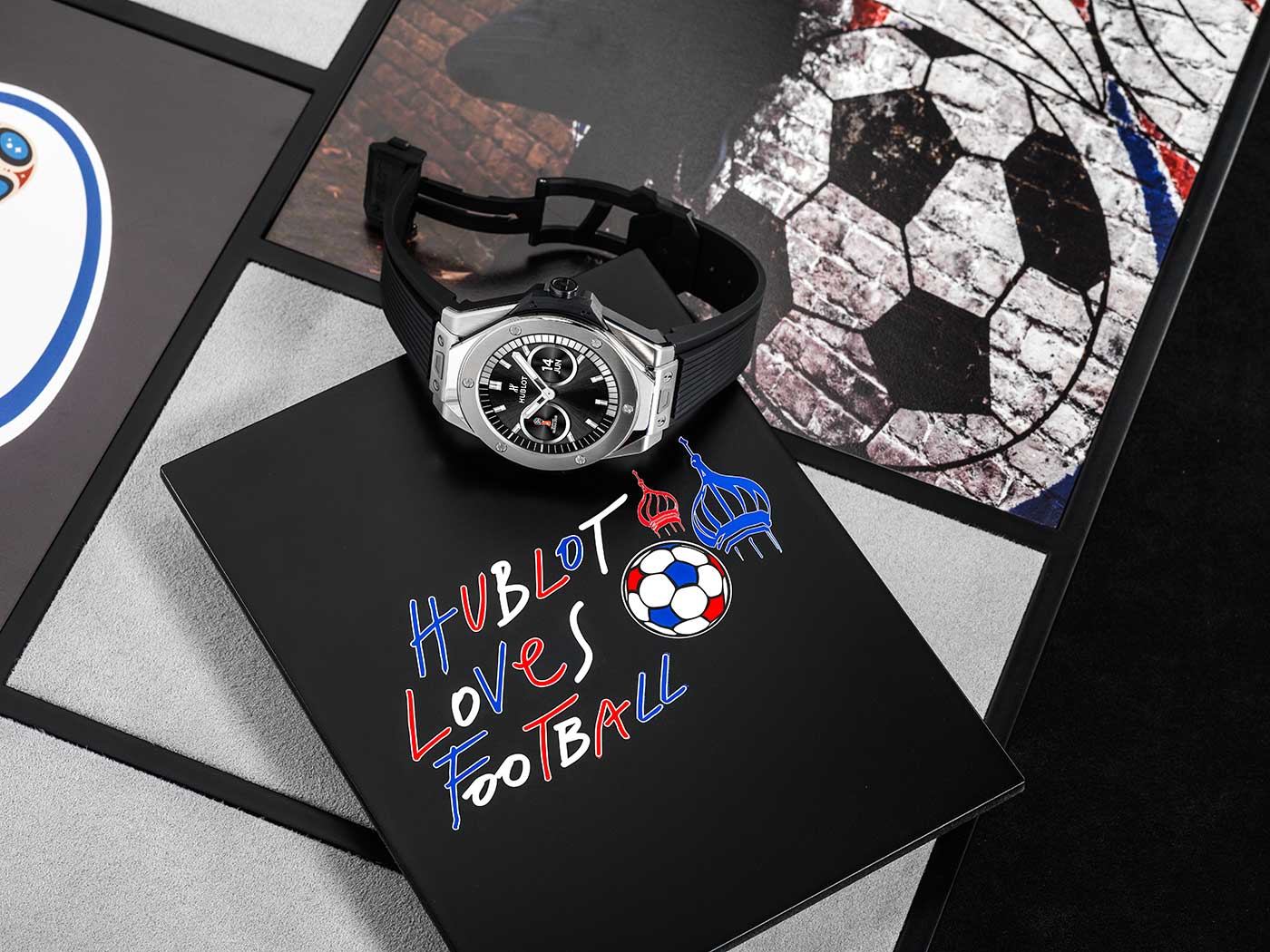 2018 is the year of the FIFA World CupTM with Hublot as the official timekeeper. To mark this special moment Hublot is celebrating football with a powerful universal message on the values that drive a champion. Hublot counts legends including Pelé, Maradona, Jose Mourinho and Usain Bolt as friends and brand ambassadors. They embody success with their strong mind-set and inspiring performances. As champions they convey the message “How to become a champion!” The campaign is brought to life through 13 visuals of football legends combined with motivational quotes. With 30 days to go until the FIFA Wold Cup starts, legends like Pelé and Maradona share their thoughts on what made them into champions. This unique project brings together celebrities who were not expecting to meet each together – it is an Art of Fusion moment for which Hublot is known.

“I believe that there is no finer accomplishment for a brand than to rally its friends and ambassadors around a project that conveys positive and inspiring values. The power of the portraits, the intensity of the words, and the charisma of the personalities all combine to make this a truly fine campaign. For us, football is first and foremost a magnificent means of communicating values and this campaign serves not only to pay tribute to the talents, to transmit the desire to play and the desire to achieve one’s dreams, but also to send a message of hope and solidarity. Images and quotes to look back on as often as necessary. So, let’s be champions!”
Ricardo Guadalupe, CEO Hublot 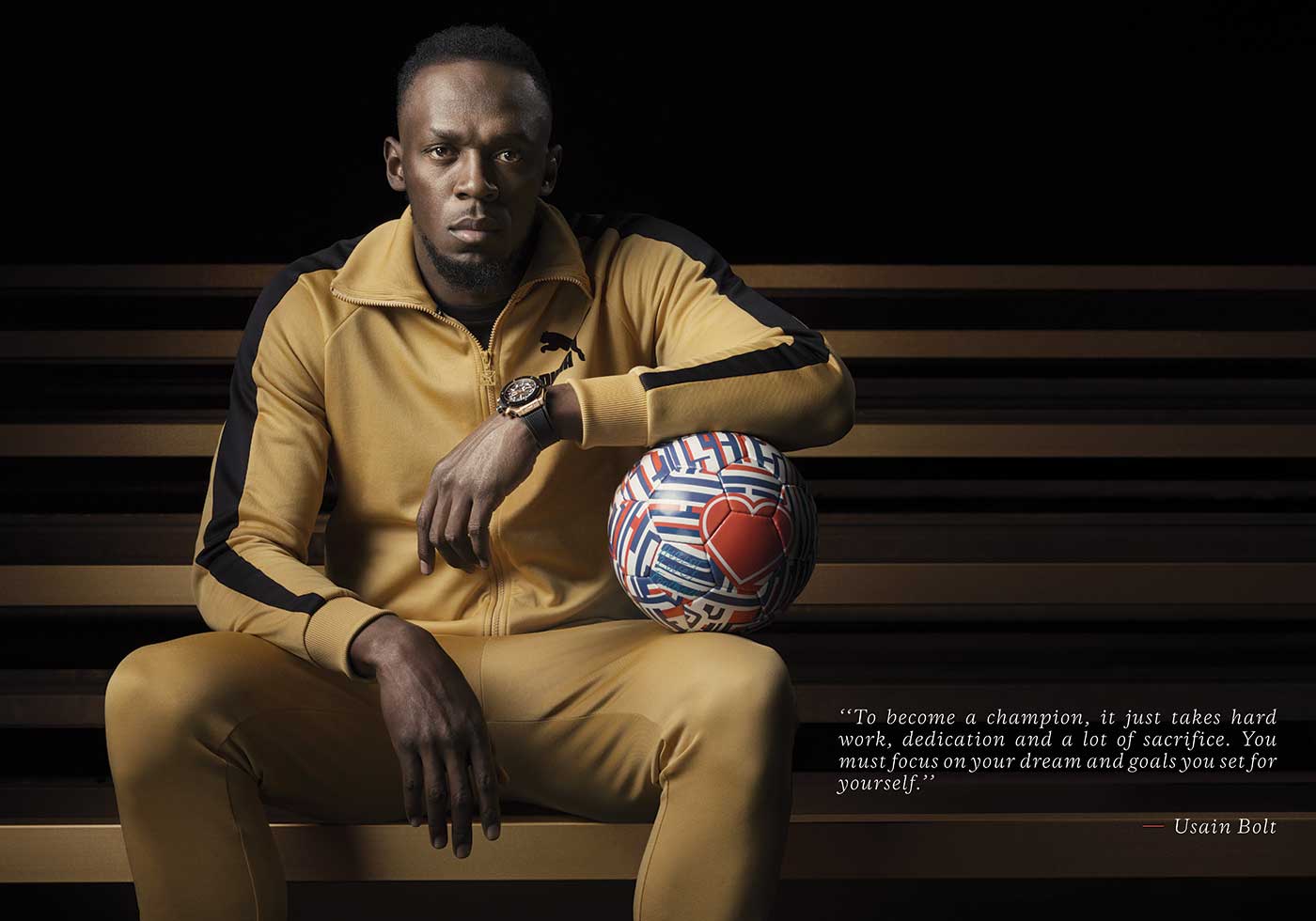 Hublot loves football and all the values that the sport conveys and upholds. On the occasion of the FIFA World Cup 2018TM, Hublot is running a visual campaign with a strong message that celebrates the talent and the state of mind of champions. 13 personalities succinctly share the most inspiring quotes to inspire everyone to become a champion. Their words and positive messages full of dreams prove that we can all achieve success.
The campaign unites players, coaches and legends who all share a love for football. The campaign features a team of 13 living legends including Pelé, Diego Maradona, coach José Mourinho and Usain Bolt, the fastest man in the world and a football fan—, international referee Bjorn Kuipers, Swiss international Xherdan Shaqiri; footballing icons—David Trezeguet, Marcel Desailly and Alexei Smertin—, managers of the national teams playing at the FIFA World Cup 2018TM—Stanislav Cherchesov (Russia), Gareth Southgate (England), Julen Lopetegui (Spain), Didier Deschamps (France) and Hervé Renard (Morocco).

This is not the first time the watchmaker has brought together the biggest names in football. In 2014, for the World Cup in Brazil, Hublot had already run a campaign bringing together football stars. Once again, Hublot confirms its vision—unique, different and new. The watchmaking brand opens the doors into the mind-set of the greatest sportsmen and strategists of all time to reveal the tactics and exploits behind the goals and the victories. It is also a moment to discover the friends of the brand.
The campaign is a combination of powerful words and images; the portrait series reveal the distinctive character of each personality. Included in the portraits is the watchmaking symbol of the 21st World Cup – the emblematic Matriochka or the Hublot football, both of which were created and painted by the contemporary Russian artist Andrey Bartenev.

To kick off this new campaign, please find below the words of the two best players of all time:

MY RELIGION, FOOTBALL
“To become a champion, you must never give up or stop practising.
The most important thing: respect your parents, as they are your best advisors.”
Diego Maradona

The Golden Boy who became the master, the God of football
The architect in the Argentine team’s victory at the FIFA World CupTM in 1986. Scoring the winning goal, he achieved his childhood dream. The dream of all the children in the world! The eternal king of Naples, who over 7 seasons gave the city 2 league titles, one Italian Cup and one UEFA Cup, remains and will remain in the hearts of the tifosi.

HEART & MIND
“To become a champion, respect others and never think that you’re the best!”
Pelé

The youngest player to ever win a FIFATM World Cup and the only triple world champion with the Brazilian team
The UN and UNESCO ambassador has forever marked the history of football. His exceptional track record is only equalled by his humanity. A man whose performances and records are yet to be equalled to this day, who has marked the history of the World Cup with his memorable goals. Two goals in the FIFA World Cup 1958TM final against Sweden, with his famous flick. In the 1970 final, he scored a header that was Brazil’s 100th goal in the FIFA World CupTM.

BE HUBLOT, BE YOU, BE A CHAMPION! 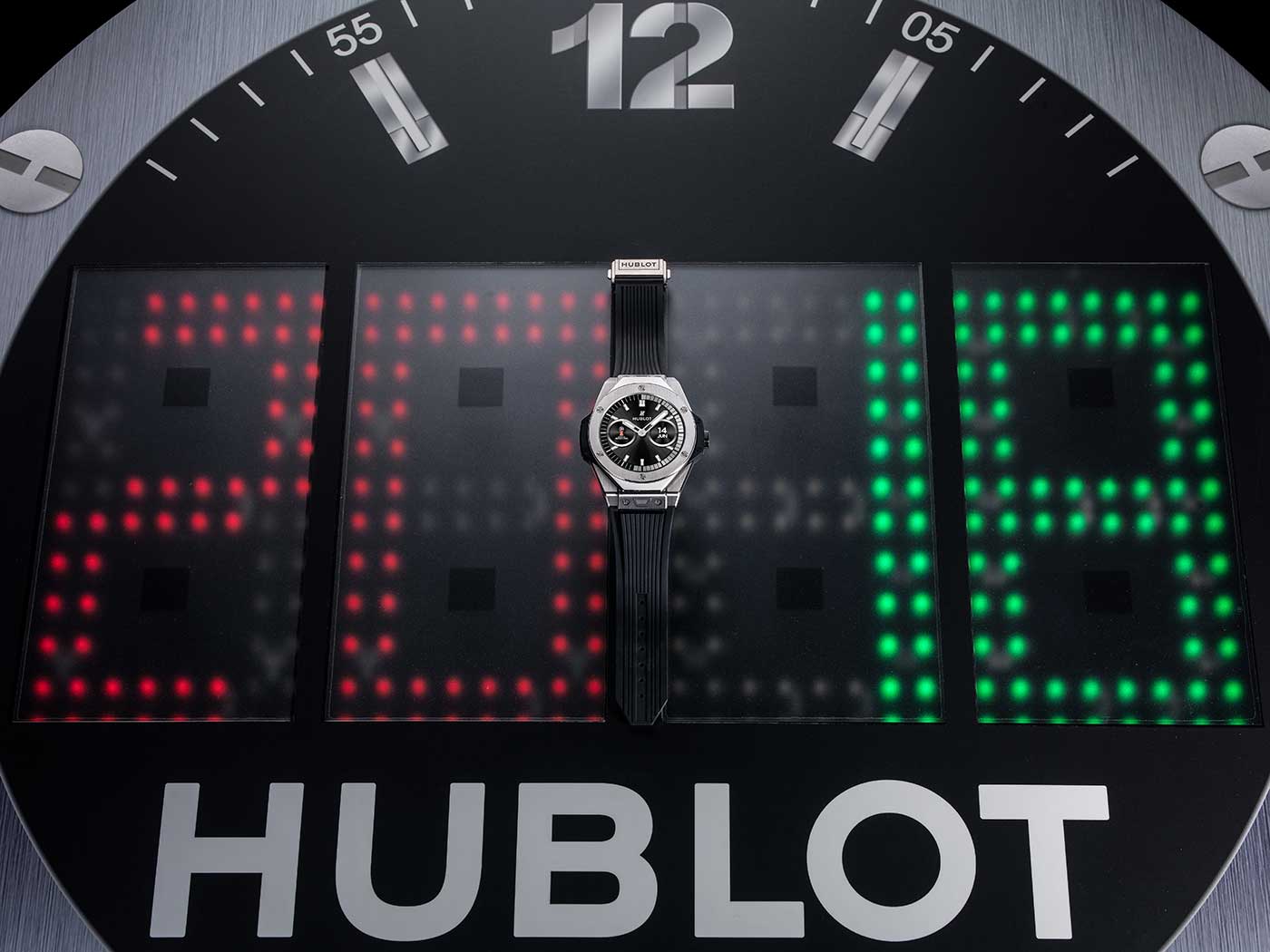 ALEXANDER LEVY, FRENCH GOLF CHAMPION AND FRIEND OF THE BRAND, INAUGURATES THE 2018 SEASON OF THE  HUBLOT GOLF CUP AT GOLF DE CHANTILLY