ALEXANDER LEVY, FRENCH GOLF CHAMPION AND FRIEND OF THE BRAND, INAUGURATES THE 2018 SEASON OF THE  HUBLOT GOLF CUP AT GOLF DE CHANTILLY

It was in the presence of the French n°1 and Friend of the brand Alexander Lévy that Hublot organized this year the first stage of the Hublot Golf Cup at the Golf de Chantilly. Nestled in the heart of the forest, thirty minutes from the capital, the Golf de Chantilly welcomed 72 privileged players who were able to compare their swing with that of the French golf champion, throughout an 18-hole course made in formula double greensome stableford. 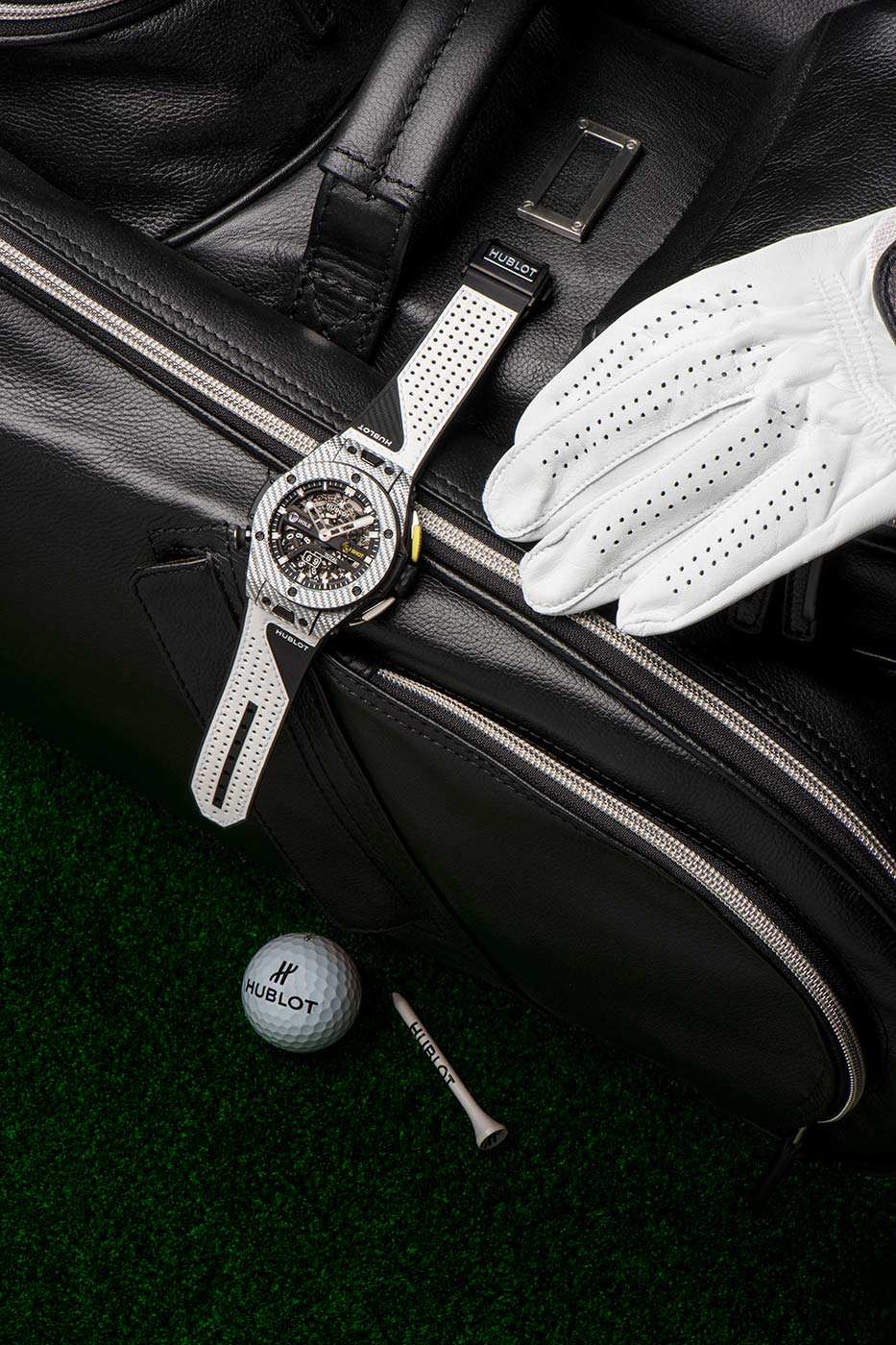 After Chantilly, the Hublot Golf Cup will stop at the prestigious golf courses of Archerfield in Scotland, Sotogrande in Spain, Porto Cervo in Sardinia, Crans-sur-Sierre and Sempachersee, in Switzerland, among others.

Since the announcement of Justin Rose in 2015 as Ambassador, Hublot has continued to develop its presence in the world of golf. After Dustin Johnson, World No. 1 for more than a year, Patrick Reed winner of the 2018 Masters, Alex Noren, Alexander Lévy has joined the Hublot family made up of Champions accumulating victories and records. Sharing the key values ​​of performance, power, control and precision, Hublot logically decided to mark its mark in this universe of excellence by launching the Big Bang Unico Golf.

The case of the Big Bang Unico Golf is crafted from Texalium®, an innovative material, exclusive to Maison Hublot, which fuses fiberglass and aluminum. A composite that retains the major advantage of carbon fiber – its lightness –, the watch weighing approximately 98 grams!
The Big Bang Unico Golf looks like a chronograph, it is designed like a chronograph with wheel hearts in its movement for the most reliable and resistant reset of the counting mechanism possible. The putter-shaped pusher allows 2H to activate the stroke count display mechanism and count the strokes per hole. The one at 4 o’clock allows you to jump to the next hole while resetting the stroke counter. As the moves are made, the window at 6 o’clock displaying the total number of moves played is updated simultaneously. The pusher at 8 o’clock, which takes the form of a tee, allows you to completely reset the mechanism and reset the counters at the end of a game. During the game and to avoid incorrect handling, this pusher can be blocked by a simple 45° rotation. The entirely skeletonized MHUB1580 movement allows you to understand and admire the workings of the piece. Two interchangeable straps equipped with the “One Click” system feature, for one, white leather sewn on rubber, built like a golf glove, and for the second, a strap in technical fabric with velcro allowing a perfect adjustment of the watch on wrist.
An exceptional golf watch, an exceptional course and an exceptional player…

Following his victory in the snatch at the Hassan II Trophy which took place last April, Alexander Lévy reached the coveted top 50 global. A player of formidable precision, he has many records to his credit, including that of the first Frenchman to have won two European PGA Tour tournaments in the same year as well as that of the youngest golfer, at 26, to have won three titles. Beyond a common sporting passion, it is the challenge and self-transcendence that drive its history with the Hublot watch manufacturer. 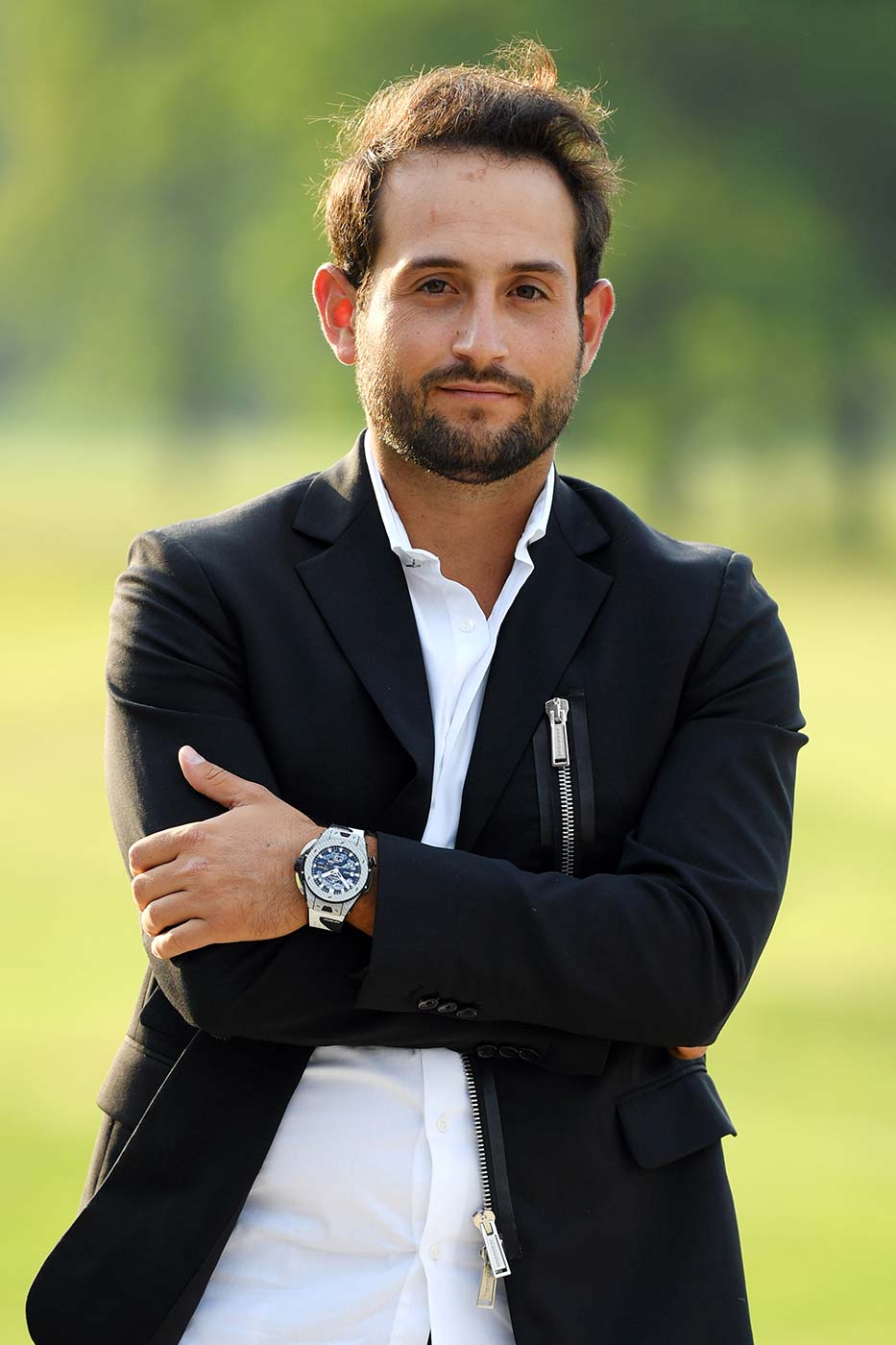 Alexander Levy said: “I am proud to be here in my country, France, to inaugurate the 2018 Hublot Golf Cup Season. Sharing fundamental values ​​with Hublot such as a passion for performance and precision, I thank the brand and its CEO, Mr. Guadalupe, for their unwavering support.”

Benoit Lecigne, General Manager Hublot France, Belux, UK, Eastern Europe and Scandinavia, added: “We are delighted to celebrate this first stage of the Hublot Golf Cup at Golf de Chantilly. In the presence of Alexander Levy, a passionate young man and an exceptional champion, the Hublot Golf Cup 2018 is off to a good start.”