Tuesday 22nd May. The Fondation Star Team MC match takes place in a year which sees both the association’s 25th anniversary, and the sixtieth birthday of HSH Prince Albert II of Monaco. This day of celebration continued late into the night at the legendary Jimmy’z, decked out for the occasion in Hublot colours. 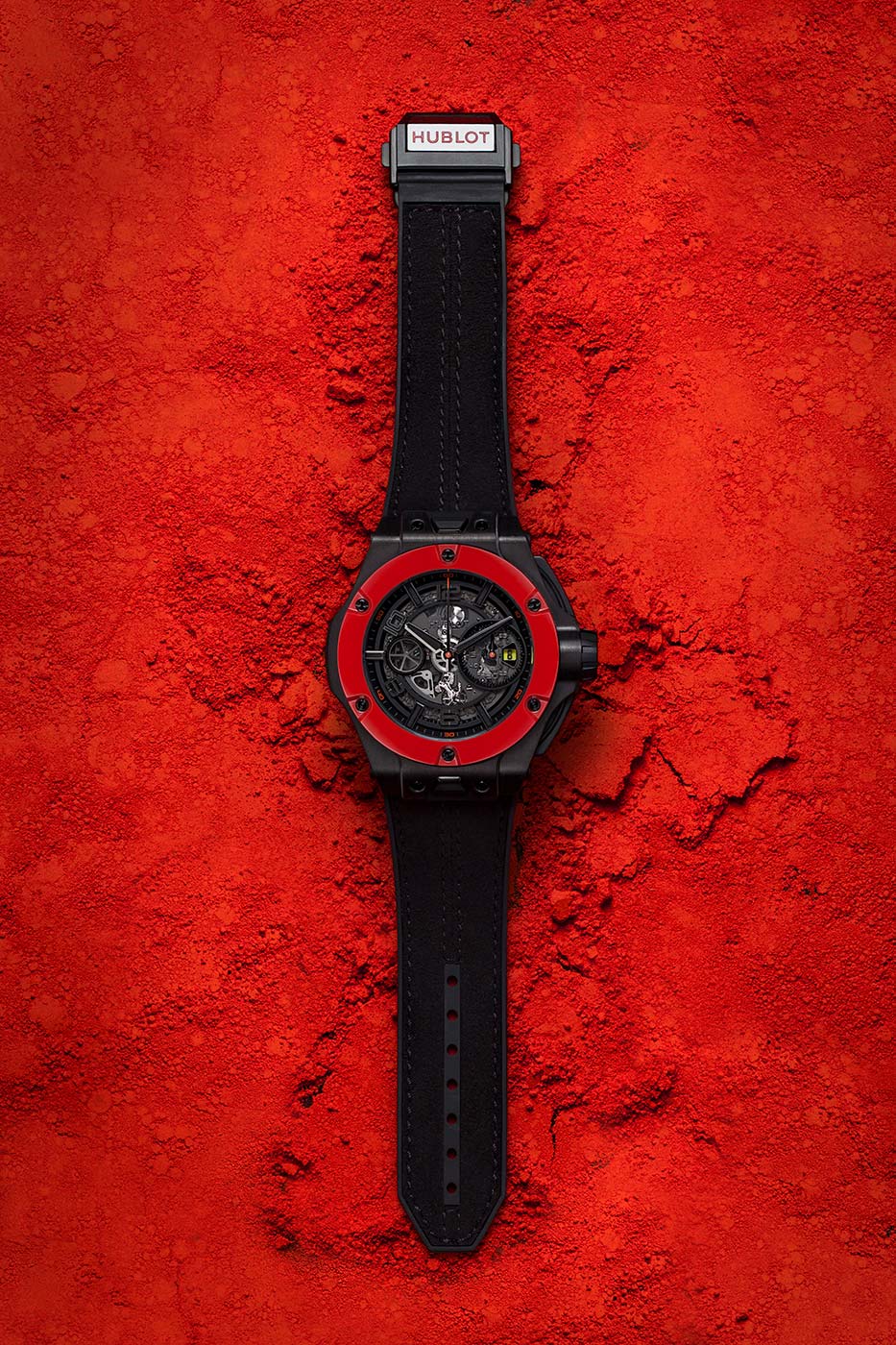 “A passion for football and Formula 1 TM, a love of celebration, and an overriding generosity. These values and spirit are shared by HSH Prince Albert II of Monaco, the Fondation Star Team MC, Jimmy’z and Hublot. This marvellous day, and the evening which followed, allowed Hublot to kill two birds with one stone, making a worthy cause a pleasure!”
Ricardo Guadalupe, CEO of Hublot

The now traditional Fondation Star Team MC match saw the players captained by HSH Prince Albert II of Monaco, the A.S Star Team for the Children, take on the Nazionale Piloti, a team made up of Formula 1TM drivers. All the proceeds from this match, which this year took place at the Garavan stadium in Menton, will be donated to charity work undertaken by the Fondation Star Team to help children in need. There are two milestones this year, with the association marking its 25th anniversary, and Honorary President, HSH Prince Albert II of Monaco, celebrating his sixtieth birthday. At half-time Benoit Lecigne, General Manager of Hublot France, BeLux, UK, Ireland, Eastern Europe and Scandinavia, had the honour of presenting His Serene Highness Prince Albert II of Monaco with a Hublot Big Bang Referee 2018 watch, the first connected model designed by the Nyon manufacture, which will be worn by the referees in the 2018 FIFA World Cup when it takes place in Russia this summer. This smartwatch will enable its wearer to follow every detail of each match as it unfolds, every second that passes. 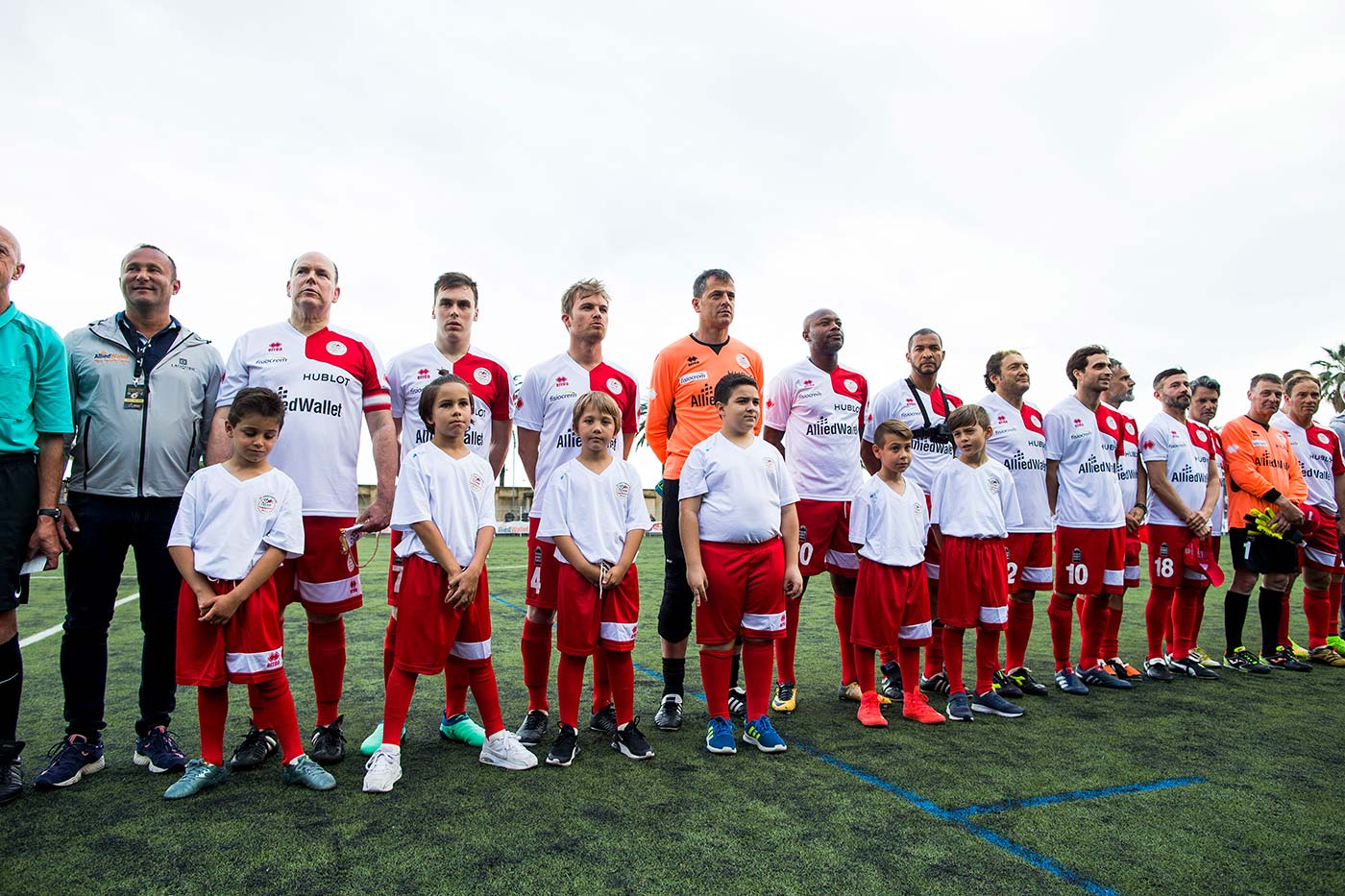 At full time, it was Star Team Monaco who managed to assert themselves, with a score of 2-1. The players from both teams then headed over to Jimmy’z, where they were joined by a select group of special guests to keep the party going into the evening. They were able to discover a preview of the legendary Monaco nightclub’s partnership with Hublot, which is becoming its Official Timekeeper. A giant clock welcomes revellers, with a 30-second countdown heralding the start of “Hublot Party Time” and the arrival of the Star DJs. With the evening taking place a few days before the start of the Monaco Grand Prix, many Formula 1TM drivers were able to admire the Big Bang Ferrari Carbon Red Ceramic watch, a model designed to mark the strong partnership between Hublot and Scuderia Ferrari. Equipped with the celebrated Unico HUB1241 manufacture movement, this limited edition features a bezel forged from an ultra-hard ceramic exclusively developed by Hublot in Rosso Corsa red.

The party continued late into the night, soundtracked by tunes from an illustrious DJ whose talents know no bounds, none other than retired Formula 1TM driver Giancarlo Fisichella! 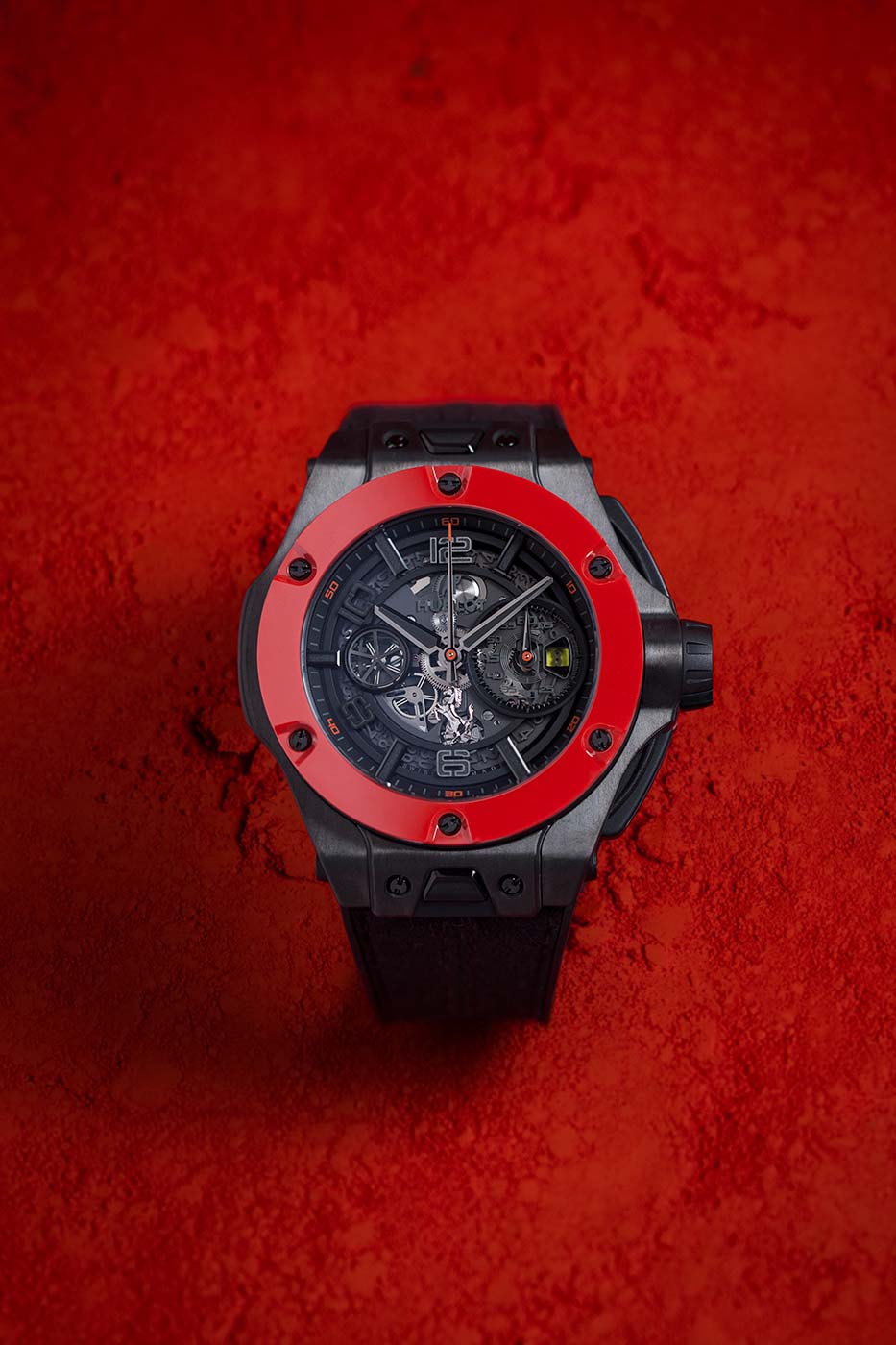 Case back: Satin-finished and Microblasted Black-plated Titanium and Sapphire Crystal

HUBLOT CELEBRATES ITS CHAMPIONS’ ADVICE CAMPAIGN AT HARRODS THROUGH THE ANNOUNCEMENT OF A NEW FRIEND OF THE BRAND, THE FOOBTALL PLAYER, DAVID LUIZ