Last-known example of the Heuer Monaco owned and gifted by McQueen, auctioned at the flagship New York Watch Auction by Phillips in Association with Bacs & Russo, becomes most expensive Heuer wristwatch ever sold. 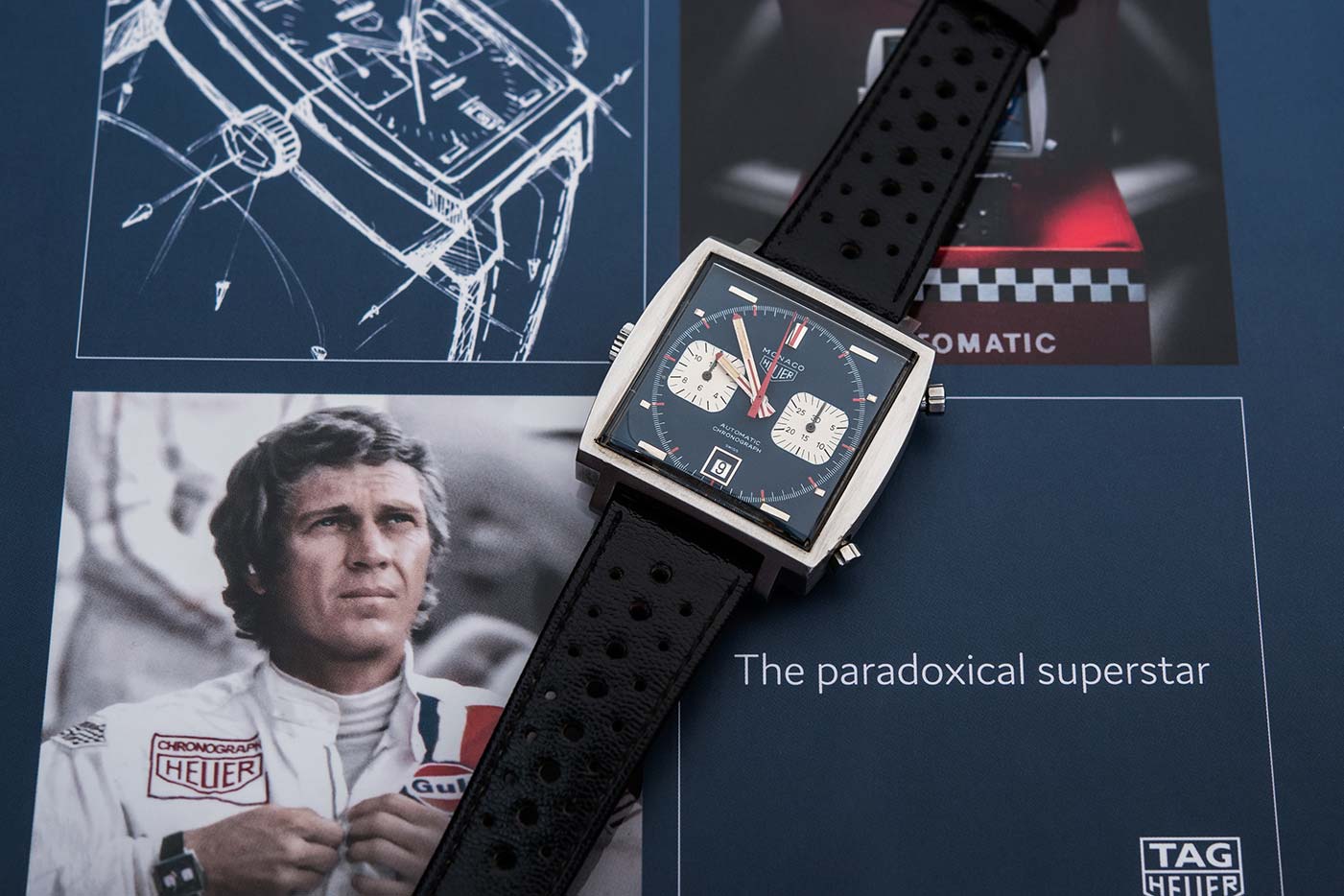 New York, New York – December 12, 2020 : Today, the last-known Heuer Monaco worn by Steve McQueen while filming his iconic racing film, Le Mans (1971) hammered for a record-breaking $2,208,000 at the Phillips RACING PULSE auction in New York City. This timepiece is the most important Heuer wristwatch of all time, and one of the most celebrated timepieces of the 20th century.

The Heuer Monaco, positioned at Lot 20 was one of the stars of the auction, live-streamed from New York City with record online attendance. The watch, which was originally listed as “estimate on request”, opened with a bid of $200,000. After a 7-minute bidding war, the watch eventually sold to an online bidder for $1,800,000 before buyer’s premium, marking a new record price for a Heuer at auction, and becoming the most expensive Heuer wristwatch ever sold. Watch enthusiasts from around the world followed this historic moment online and over the phone.

Frédéric Arnault, CEO of TAG Heuer, shared “Steve McQueen and his Heuer Monaco not only became one of the most recognized and celebrated timepieces of the last century, but it forever shaped the culture of TAG Heuer. We have been humbled by the excitement within the watch community leading up to the auction, and this record result is a testament to the historic importance and continued legacy of this Heuer timepiece.”

Paul Boutros, Head of Americas for Phillips Watches, and Senior Vice President shared, “It was a tremendous honor to have been entrusted with the sale of this Heuer Monaco on behalf of Mr. Alltounian. Having generated tremendous interest from collectors and enthusiasts around the world, we are thrilled with this world record result. This historic timepiece will always be associated with the glamour and thrill of auto racing, and it can certainly be considered one of the most important Heuer wristwatches of all time.” 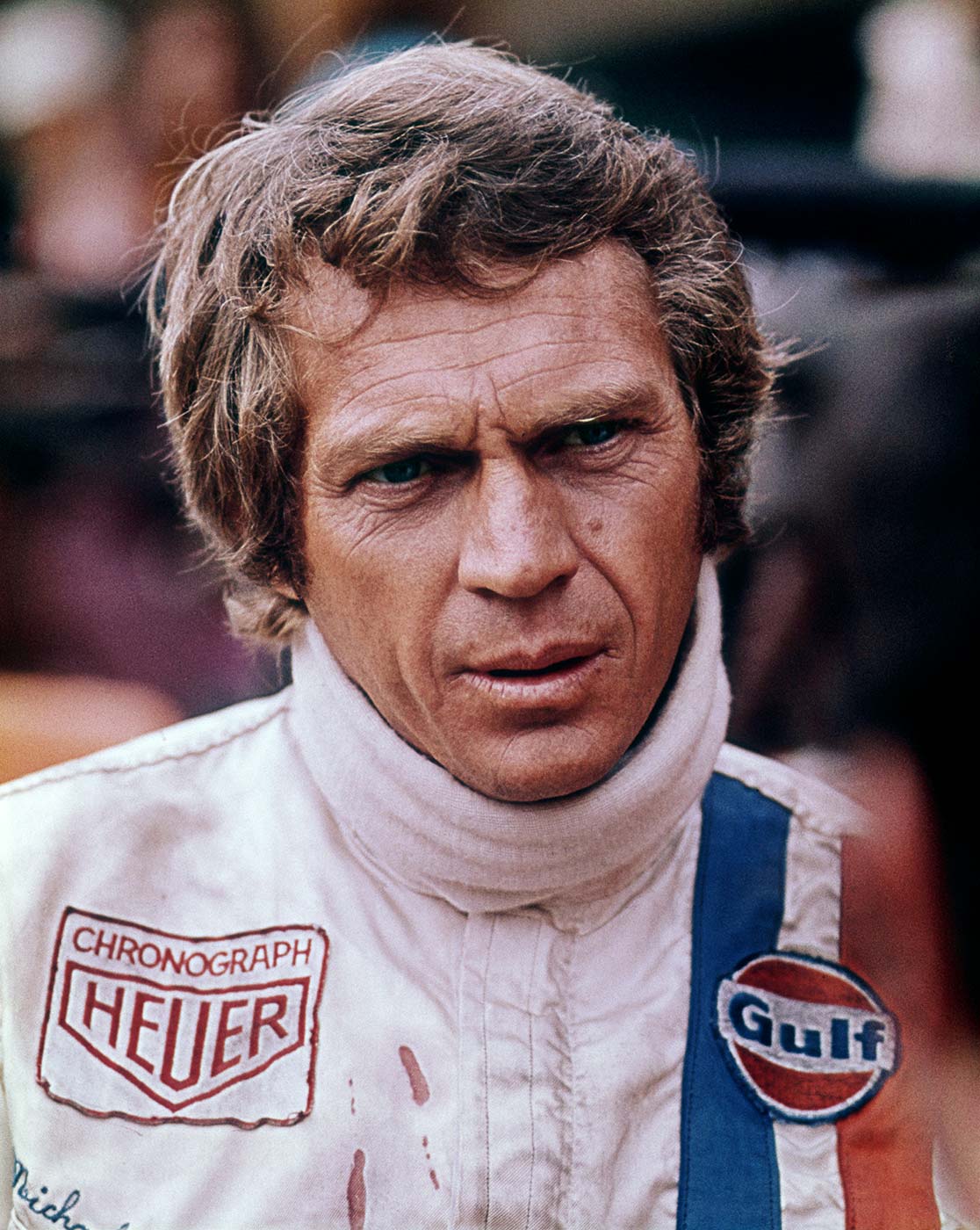 Introduced in 1969, Heuer’s Monaco was a game changer. It was the world’s first square, waterproof (Piquerez case), and self-winding chronograph wristwatches powered by the Calibre 11 movement, identified by a micro-rotor oscillating mass and the unusual placement of the crown on the left-side of the watch case. Today, the Monaco reference 1133 is an icon amongst chronograph aficionados with an enduring legacy in the watchmaking industry. Designed by Jack Heuer, the watch was named for the famed Formula One racetrack and was chosen by Steve McQueen as the chronograph of choice when filming began on Le Mans in 1970. The watch was gifted to the film’s Chief Mechanic and McQueen’s personal mechanic, Haig Alltounian, by Steve McQueen at the end of filming. Consigned directly by Alltounian, the watch’s case back features the engraving “TO HAIG Le MANS 1970”, dedicated to him by McQueen.

Phillips is a leading global platform for buying and selling 20th and 21st century art and design. With dedicated expertise in the areas of 20th Century and Contemporary Art, Design, Photographs, Editions, Watches, and Jewelry, Phillips offers professional services and advice on all aspects of collecting. Auctions and exhibitions are held at salerooms in New York, London, Geneva, and Hong Kong, while clients are further served through representative offices based throughout Europe, the United States and Asia. Phillips also offers an online auction platform accessible anywhere in the world.  In addition to providing selling and buying opportunities through auction, Phillips brokers private sales and offers assistance with appraisals, valuations, and other financial services.

TAG Heuer, founded in 1860 by Edouard Heuer in the Jura Mountains of Switzerland, is a luxury watch brand that is part of LVMH Moët Hennessey Louis Vuitton SE (“LVMH”), the world’s leading luxury group. Based in La Chaux-de-Fonds, Switzerland and with four production sites, TAG Heuer has 1470 employees and is active in 139 countries. TAG Heuer products are available online on the watchmaker’s website, select countries and in 160 boutiques and 3,500 points of sale worldwide. The company is headed up by Frédéric Arnault, CEO of TAG Heuer.

All press material can be obtained free of charge at https://presscorner.tagheuer.com/directlogin

On the eve of the Reverso’s 90th anniversary, Jaeger-LeCoultre unveils a special Tribute edition in burgundy red