Vacheron Constantin Exhibits at the 4th CIIE: Classic with a Twist – How Icons Are Born 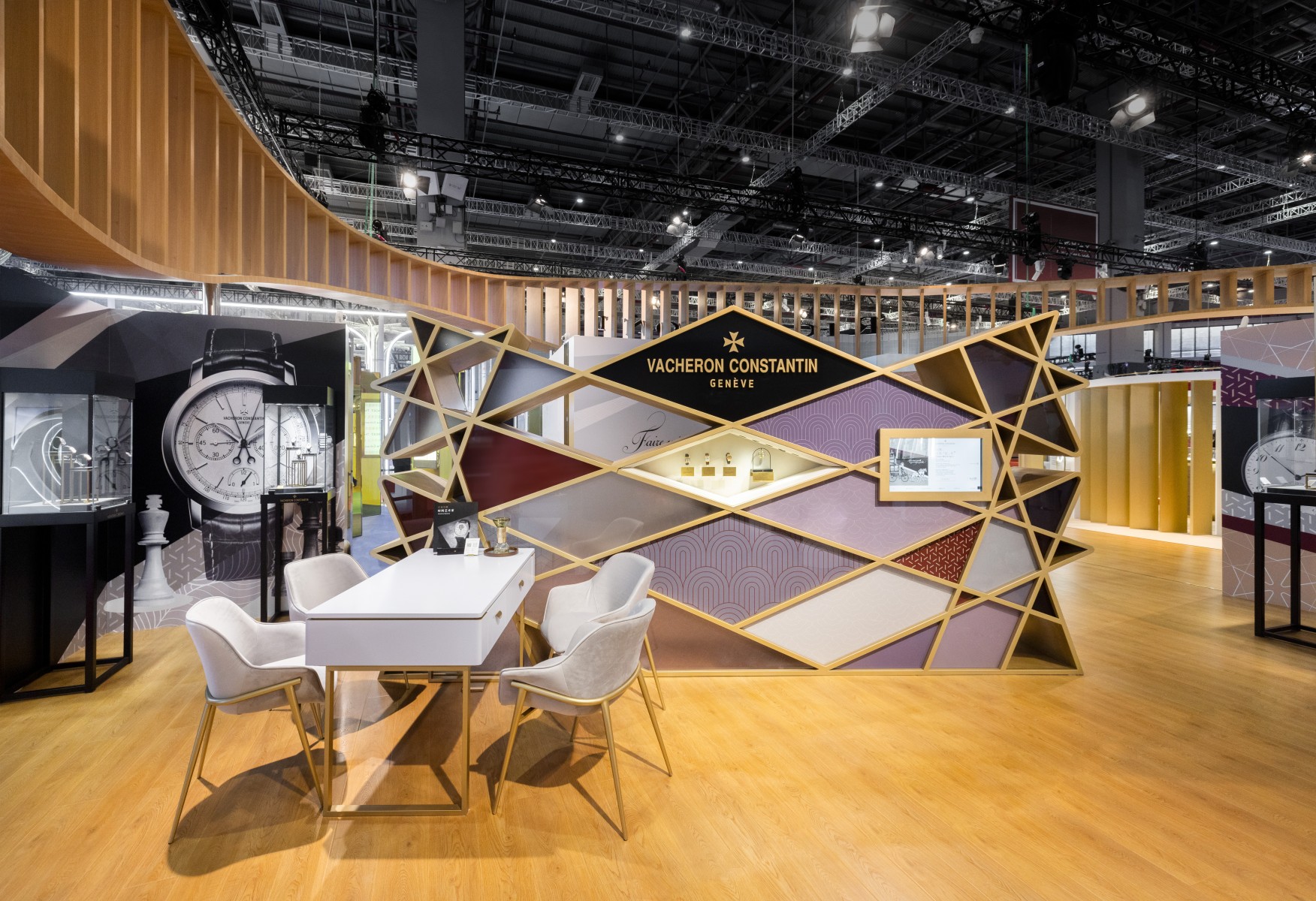 Classic with a Twist – How Icons Are Born

Shanghai, November 6th 2021 – Vacheron Constantin, the luxury Swiss watchmaking Maison with over 266 years of expertise, unveiled its booth under the theme “Classic with a Twist – How Icons Are Born” at the Richemont Pavilion on the opening day of the 4th China International Import Expo (CIIE). A selection of emblematic watches, heritage timepieces and interactive onsite engagements immersed visitors in the Maison’s centuries-old legacy and the charm of high watchmaking.

At the international event which focuses on openness and a shared future, Vacheron Constantin told the story of how timelessness is born from a unique sense of beauty and originality. With 266 years of history, the Swiss luxury watchmaking Maison has always dared to break the traditional principles of watchmaking. The Historiques American 1921 watch, the Traditionnelle and Patrimony collections, along with a selection of Heritage timepieces from its private collection, were presented to the public. They epitomise the diversity of cultures, art forms and styles, as well as the creativity and nuances that led to the creation of these icons.

Celebrating its 100th anniversary this year, the Historiques American 1921 is a perfect expression of the Maison’s “Classic with a Twist” mantra. Behind the unusual design of the 1920s creation lies the quintessence of the Roaring Twenties, a period synonymous with artistic and cultural effervescence, boldness and overturning conventions. In Vacheron Constantin’s workshops, the powerful inventive surge of these years also gave rise to new perspectives. All kinds of fanciful touches were permissible on the wrist, as witnessed by the vintage 1921 model, a clever blend of sobriety and irreverence. A cushion-shaped case, the diagonal time display, and the crown positioned between 1 and 2 o’clock are all visual twists testifying to an aesthetic that has appealed to watch enthusiasts for a century.

Encapsulating Vacheron Constantin’s two centuries of watchmaking expertise, the Traditionnelle collection fascinates with its dynamic character and sophisticated mechanical beauty. The stepped round case and lugs, fluted caseback, railway minute-track and dauphine‐type hands all help the collection proudly stand out. The Patrimony collection is the epitome of stylistic purity. Its refined aesthetic codes include a pure and slender design inspired by a Vacheron Constantin model from the 1950s, a curved dial and sapphire crystal, baton-shaped hands and a pearl minute-track. Both collections encompass timepieces which feature the complex tourbillon mechanism and four iconic complications – perpetual calendar, chronograph, retrograde and minute repeater – all wrapped up in an intricate artistic design.

Over its centuries of uninterrupted production, Vacheron Constantin has amassed an incredible wealth of archived documents, historical watchmaking tools and vintage timepieces – which is a rare feat in the watchmaking world. Among these treasures, the most notable are historically and culturally important creations from the Heritage collection. The Heritage timepieces on display for this exhibition demonstrate Vacheron Constantin’s exceptional mastery of complications such as moon phase display, double retrograde time indication, split-second chronograph, minute repeater and grande sonnerie. The Maison’s dedication to the artistic crafts is also showcased. Highlights include an Art Deco timepiece with a taut design, a pocket watch with its dial featuring a magician indicating the hours and minutes with his arms, and a wristwatch with compass-shaped hands respectively indicating the retrograde hours and minutes on an enamelled dial, which represents an old map drawn by the father of cartography, Gerardus Mercator. These stunning 20th century creations are a clear manifestation of the Maison’s timeless creativity.

Vacheron Constantin’s creativity has always remained closely attuned to its time. This byword for elegance, adopted by each watchmaker, artisan and designer throughout the years and centuries, celebrates heritage and dares to explore the unexpected. At this year’s CIIE, the Maison expressed its technical virtuosity and aesthetic refinement through timeless icons which were born from a touch of boldness.