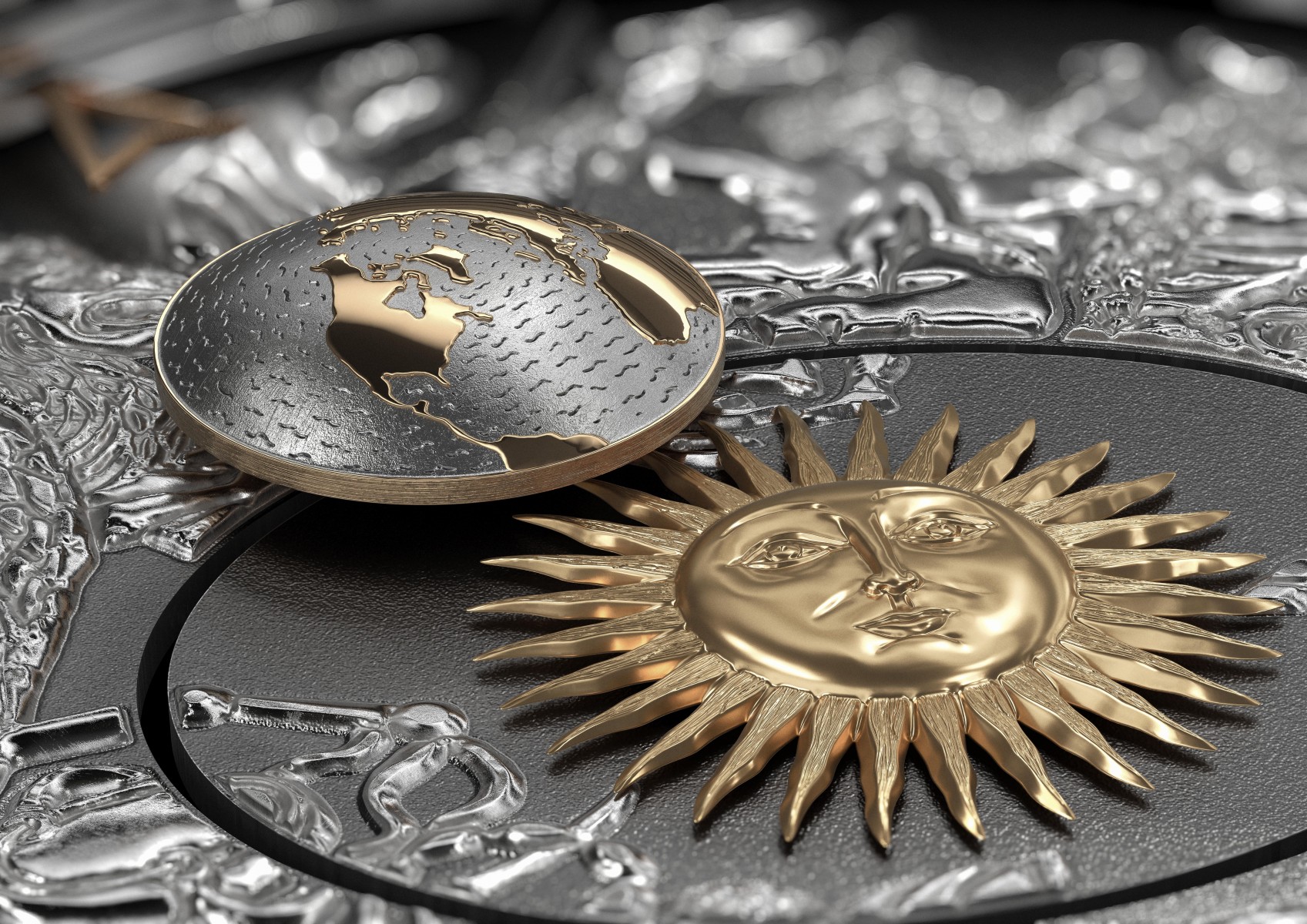 “In Haute Horlogerie, engraving consists of adorning a watch, bringing to life its material and the precious metal from which it is made by adding an artistic touch.” The master engraver at Vacheron Constantin loves to talk about her art: “When I create a motif on a dial or a case middle, I play with contrasts, light and volume”, she explains. “Sometimes I have to hint at a movement, an emotion, a desire. It’s miniature sculpture.”

Vacheron Constantin’s master engravers apply their art to all parts of the watch that can be engraved in relief or using the line engraving technique and then bevelled and polished by hand. These methods are often combined with other artistic crafts to embellish timepieces endowed with exceptional aesthetic value. The dials, casebacks, covers, hands, clasps, and openworked movement components are thus likely to be adorned under the blade of their scorpers, spitsticks or burins – tools developed as early as the 14th century that have hardly changed since. Engraving – involving numerous techniques for embellishing metal such as chasing and pounced ornament that enjoyed a real golden age in the mid-19th century – is now indissociable from Haute Horlogerie in adorning the finest timepieces and their movements.

“It’s this embodiment in the object that the customer expects, this beautiful imperfection, this play on textures that takes so much time.”

“In the field of Haute Horlogerie, engraving instills that little extra something into watches”, explains the master engraver at Vacheron Constantin. “One might almost say that an engraving gives them life, something a bit beyond our understanding. It’s this embodiment in the object that the customer expects, this beautiful imperfection, this play on textures that takes so much time. What we do cannot be reproduced by a machine and that is precisely what is beautiful, what creates emotion.”

“In the art of engraving, the hand acquires a finer touch over time.”

In exercising this almost living art that requires mastery, Vacheron Constantin’s engraving artisans make their own tools, shaped to their own specifications so as to never cease innovating. In the art of engraving, the hand acquires a finer touch over time. Over the years, a balance is created enabling increased sensitivity to the material. The lines become stronger from generation to generation, evolving almost imperceptibly. At Vacheron Constantin, artisans have always enjoyed great freedom of interpretation. Engravers work on volumes and depths, without a plan. By dint of experience, they develop a form of intuition to become authentic sculptors of time.

In its original sense, line engraving refers to the burin engraving inherited from goldsmiths. By extension, this technique has been used to designate all the processes of engraving in hollow on metal, with the burin (a bevelled steel point with a square, rectangular or lozenge-shaped end) or with the drypoint (a steel point used to scratch the metal), notably used in printing for the reproduction of old engravings, stamps and banknotes. This technique is masterfully represented by the one-of-a-kind piece Les Cabinotiers Mécaniques Sauvages – Mysterious Animals Tiger and its extraordinary jungle decor into which the head of the wild beast blends seamlessly.

Used for ornamental engraving in goldsmithing, taille de joue is a variation: the engraver inclines the burin to obtain a wider incision that will allow the engraving to capture all the brilliance of the light. This involves proceeding by removing fine shavings, thus creating grooves of varying depths and fineness to shape the decor or scene. On the Les Cabinotiers Grand Complication Phoenix timepieces, the alternation of techniques, including taille de joue, has resulted in a strikingly realistic bas-relief sculpture on the caseband.

This technique, perfectly illustrated in the Métiers d’Art – Tribute to Great Civilisations series adorned with sculpted gold appliques representing masterpieces of ancient statuary sculpture, consists in removing material so as to model it in relief. This irreversible operation requires a perfectly sure touch. The Master Engraver first draws the main volumes with a drypoint and then removes them with a burin by sculpting the material. To achieve extreme accuracy, the burins are cut several times. As the engraving progresses, the level of finishing is refined to bring out the slightest detail and create a play of light by alternating surface treatments.

The chasing artisan does not remove the material, but instead pushes and deforms it using dapping punches (round-headed tools), blunt-tipped small chisels and hammers to create shapes and patterns with varying degrees of relief. This ornamental art is given pride of place in the Traditionnnelle tourbillon Qilin watch, where it serves to highlight the coat and scales of the mythical creature.

This 1778 timepiece is the oldest engraved pocket watch in the Vacheron Constantin Heritage Collection, except for the 1755 watch bearing the founder’s name – “JM Vacheron à Genève” – engraved on the movement of which the balance-bridge is also the object of a complex engraving process. This late 18th century period was a golden age for master engravers and an opportunity for Vacheron Constantin to present its customers with various catalogues of timepieces richly engraved with animal scenes, hunting scenes or floral themes that could inspire their own decorative desires. On this watch, the cover and caseback feature fine line engraving throughout, with a central cartouche representing a dove. The caseband features a barleycorn guilloché pattern composed of curves and straight lines that was among the most fashionable at the time. It should be noted that originally, apart from its ornamental aspect, the art of engraving was also intended to reduce the glinting of light on the metal. With its alternating figurative and decorative motifs corresponding to different engraving techniques, this timepiece displays its original character.

The Métiers d’Art Copernicus celestial spheres 2460 RT series testifies to the creativity of Vacheron Constantin’s master artisans by depicting the universe of Nicolas Copernicus and his amazing discovery of heliocentrism. Based on this theme, the master artisans have designed various dials that are divided into two parts. The central oval is punctuated by a sun with a radiant face in hand-stamped and engraved pink gold. The outer disc is more broadly dedicated to the three chosen artistic craft variations. In between, a small elliptical groove provides space for the Earth’s orbital path. On this baroque-inspired dial of the collection, one can admire the 12 hand-engraved signs of the Zodiac intertwined on a white gold disc. The engraver has created a wealth of details using the pounced ornament technique, bringing out in relief the subtle play of hollows and volumes. Under the magnifying glass, the bulging muscles of Sagittarius and the waving mane of Capricorn are strikingly realistic. Around a blazing gold Sun, the refined depiction of the Earth is pushed to extremes with oceans covered with microscopic waves using engraving effects and polished continents revealing the luminous gleam of gold.

The Métiers d’Art Les Aérostiers series from Vacheron Constantin pays a vibrant tribute to the first aerostatic exploits, a fascinating page in the history of the race to conquer the skies.  On the tiny scale of a dial, Vacheron Constantin’s master engravers have also accomplished a genuine feat by creating a faithful miniature reproduction of the historical drawings of five flights made in France between 1783 and 1785. Splendid hot-air balloons in hand-engraved and micro-sculpted gold rise from a translucent background of plique-à-jour enamel, while the time is displayed around the periphery thanks to the steady beating of in-house Calibre 2460 G4/1. The dials thus compose veritable miniature scenes, with an extraordinary variety of motifs. For the Métiers d’Art Les Aérostiers – Paris 1783 timepiece, the aerostat designed by Étienne de Montgolfier and carrying the first two “airborne travellers” appears as a micro-sculpture on the dial. Against a sky blue plique-à-jour enamel background, this splendid pink and white gold balloon is engraved with suns, the zodiac, fleurs-de-lys, garlands, mascaron ornaments and an eagle with spread wings. A truly breathtaking stage-setting.

The pocket watch named Les Cabinotiers Sonnerie Westminster – Tribute to Johannes Vermeer is a one-of-a-kind model embodying all Vacheron Constantin’s considerable knowledge. From a technical standpoint, it is equipped with an in-house tourbillon movement with Grande and Petite Sonnerie on Westminster chimes. From an aesthetic point of view, it is a masterful demonstration of the various artistic crafts skilfully cultivated by Vacheron Constantin. In addition to the officer-type cover that features an extraordinary miniature enamel reproduction of Vermeer’s Girl with a Pearl Earring, this pocket watch is graced with magnificent hand-engraved friezes adorning the sides of the case with a champlevé decoration of acanthus leaves and tulips, of which the details are accentuated by line engraving against a background finely chased dot by dot. This frieze, accompanied by its “pearl-rimmed” border, is complemented by a bow adorned with two roaring lion heads, a true work of art based on the ronde-bosse (encrusted enamel) technique inspired by classical statuary sculpture. Incredibly realistic and carved from a block of gold, these two heads embody a rare degree of masterly craftsmanship. Five months of extremely meticulous work were required to engrave and sculpt the various elements of this pocket watch.

The Master Enameller, artisan of colour