Novak Djokovic has joined the Hublot family in the company of such legendary sportsmen as Pelé, Kylian Mbappé, Usain Bolt and Dustin Johnson! A few days before the start of the US Open, the world’s No. 1 tennis player has opted to become an ambassador for the Swiss luxury watch manufacturer.

We are particularly honoured to have the great Novak Djokovic join our beautiful Hublot family. He is a player who makes tennis history by being unique, first and different, which is exactly our motto. It’s a great day for Hublot!”
Ricardo Guadalupe
Hublot CEO 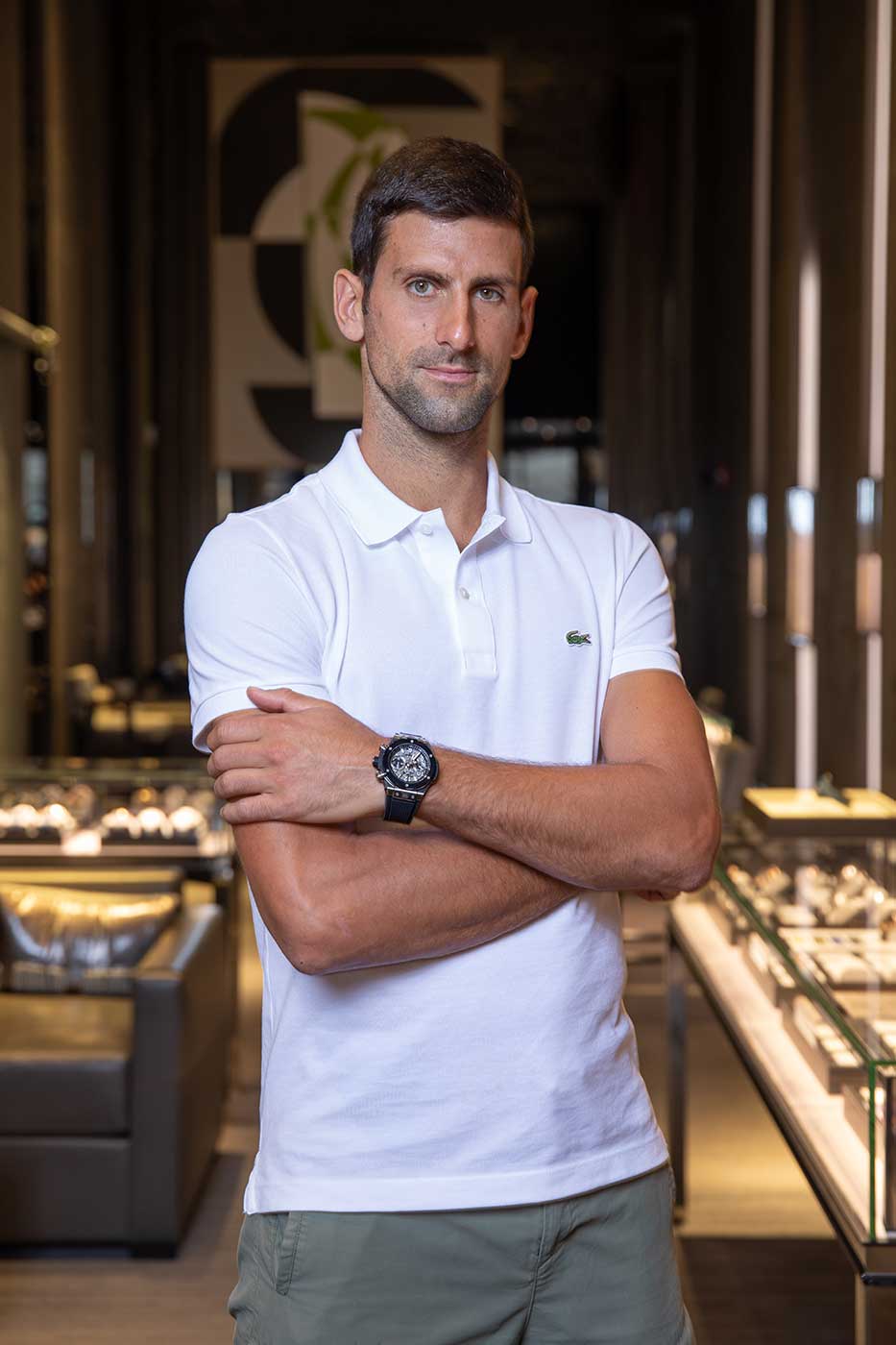 As an athlete driven by the ambition to make history in tennis, I am particularly proud of the opportunity to join the Hublot family, which already boasts athletes who have left their mark on their respective disciplines by becoming legends like Pelé or Usain Bolt. With Hublot, we still have so much to win, together!”
Novak Djokovic

No need to introduce Novak Djokovic – his record speaks for itself. The Serbian tennis player has won everything: 85 singles titles on the ATP circuit, including 20 Grand Slams, 5 Masters and 36 Masters 1000 and an Olympic medal. His career propelled him to the top of the ATP rankings more than ten years ago, in July 2011, a position he still holds today… after 337 weeks. He is the only player in the Open era to have won at least twice each Grand Slam tournaments. And the streak is still going strong, as in a few days’ time he will attempt to win his 21st title and thus break the alltime record for Grand Slam victories in the next round of the US Open.

Already a living legend, but still at the top of his game, Novak Djokovic has decided to join the great family of Hublot ambassadors. He shares many similarities with the Swiss watchmaking company Hublot, not the least of which is the relentless pursuit of excellence and performance. This is a great source of pride for the Hublot teams, who welcome the man who proves himself day after day as the greatest tennis player of all time. Game, set and match for “Nole” and Hublot!