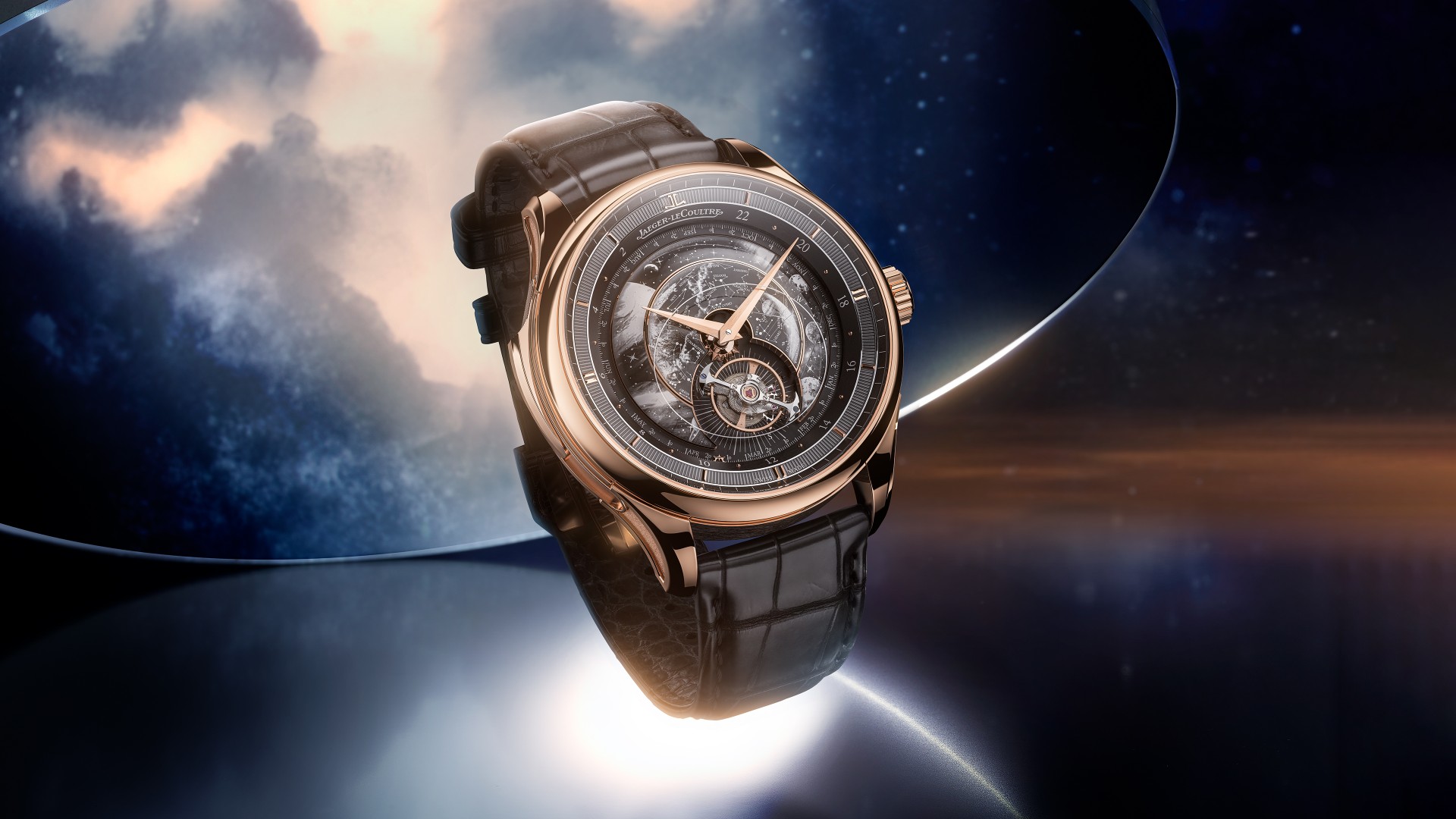 An exceptional movement merits an exceptional habillage and the new Master Hybris Artistica Galaxia and Master Hybris Artistica Atomium bring fresh artistic expression to this marriage of complications. Hand-decorated by the artisans in the Métiers Rares® atelier of the Manufacture, the multiple-level dial amplifies the beauty of the celestial theme while also showcasing the Cosmotourbillon.

For the star map, Jaeger-LeCoultre introduces grisaille enamel to its repertoire for the first time. A painterly technique that originated in 16th-century France, grisaille enamel is unique in creating a chiaroscuro effect, with an illusion of three-dimensionality created by half-tones and shading. First, the enameller must perfect the dark background – traditionally blue or black – building the depth and intensity of colour by applying multiple layers, each of which requires firing. Then, using a super-fine brush, the image is added in white enamel, layer by painstaking layer, again with a firing after each stage. Because thicker enamel creates lighter areas, its application must be controlled with the utmost skill to achieve the ethereal beauty and apparent depth that make grisaille so beguiling. Thanks to this rarefied technique, the dials of the Master Hybris Artistica Calibre 945 depict with utmost artistry the sky that we see above us at night.

In a subtle allusion to the way the night sky seems to form a dome above us when we look at the stars, the dials are constructed on multiple levels, dominated by a domed structure that also wraps around the Cosmotourbillon. Visible around the edge of the dome and beneath the tourbillon, the deepest level of the dial is a midnight blue or black disc (for the white gold and pink gold cases, respectively) decorated with translucent lacquer over opaline, with transferred white inscriptions for the names of the months, and the tourbillon seconds.

The dome is formed of two sections. On the black dial of the “Galaxia”, both the outer section of the dome and the inner celestial disc are made of gold, with grisaille enamel depicting the planets, and the star map and names of the constellations transferred over the enamel. The “Atomium” takes its name from the delicate filigree of silvered metal that forms the outer section of the dome, its shape echoing the lines that link the stars to form constellations. Framed within this, on the domed celestial disc, midnight-blue grisaille enamel and a transferred star map amplify the visual connection to the cosmos.

The dials of the “Galaxia” and “Atomium” are encircled by three concentric rings that carry the indices for solar time. The inner ring, for 24 hours, and outer ring, displaying minutes, are finished in opaline; between them, the hour ring is decorated with enamel over a hand-guilloché base, with applied indexes.

The Master Grande Tradition case is a perfect complement to the artistic dials and mechanical sophistication of these sumptuous pieces. Comprising more than 80 parts, its convex bezel is complemented by broad bevels on the lugs; the hollowed-out sides of the lugs add dynamic tension, while the repeater slide is tapered to harmonise with the curving case sides. Different surfaces are microblasted, polished and satin-brushed to maximise the play of light and emphasise the details.