As the UEFA Champions League returns, Hublot announces a limited edition version of the Classic Fusion for fans of Europe’s most prestigious club competition 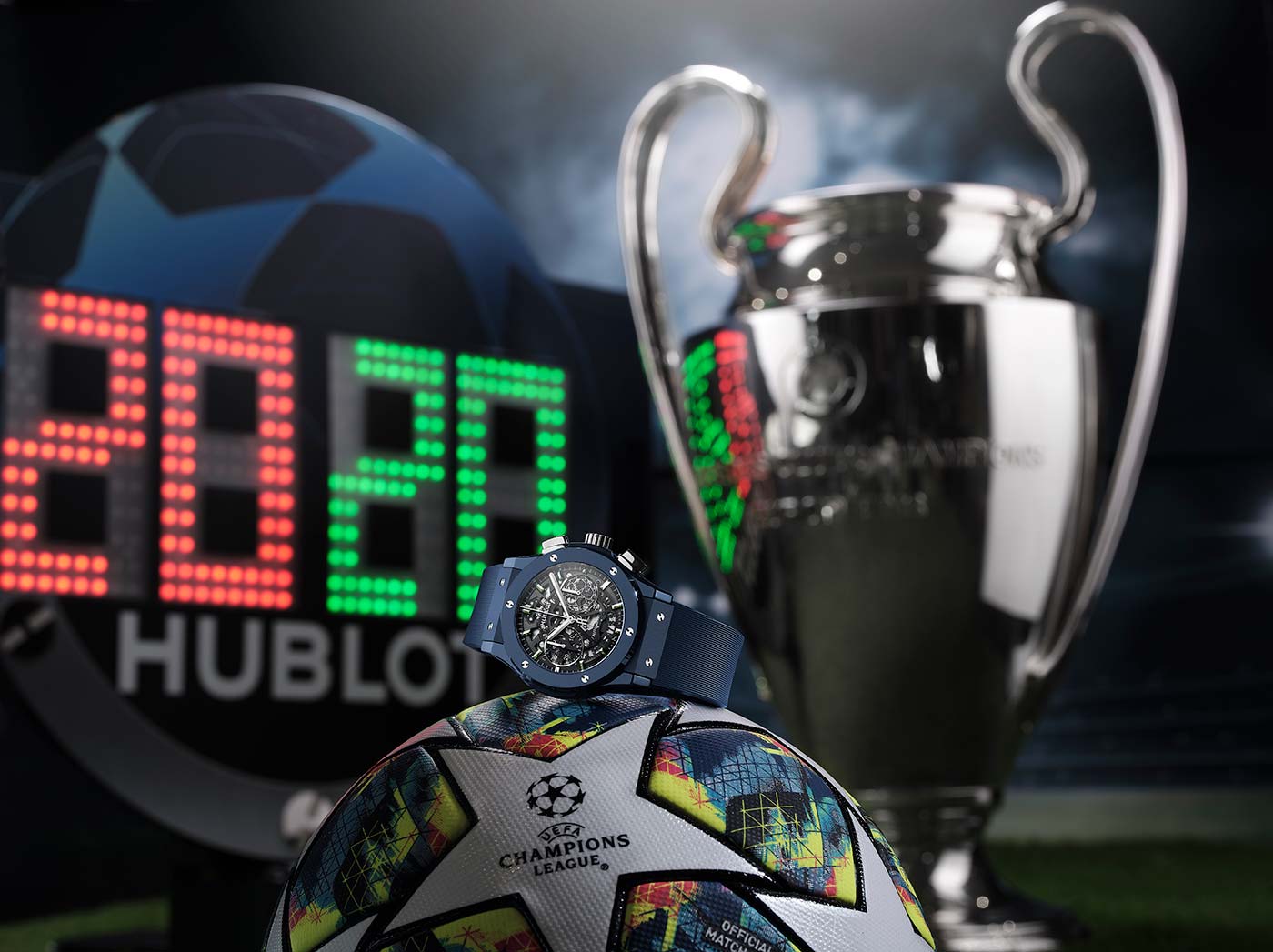 February 18, 2020 – It’s back! Today, the UEFA Champions Leaguemoves into the Round of 16 stage after the winter break. Hublot is the competition’s official licensed watch partner and is proud to announce the Classic Fusion AeroFusion Chronograph UEFA Champions League, a 100-piece limited edition in blue ceramic created for lovers of European club football’s most prestigious competition.
“This is an exciting day for fans of European football, who will be tuning in to the next round of UEFA Champions League games this evening all over the world. They will see the famous Hublot referee boards used by the fourth official, and from today, they can also wear the beautiful blue ceramic Classic Fusion AeroFusion Chronograph UEFA Champions League, a watch made for football fans. Hublot loves football!” -Ricardo Guadalupe, CEO of Hublot 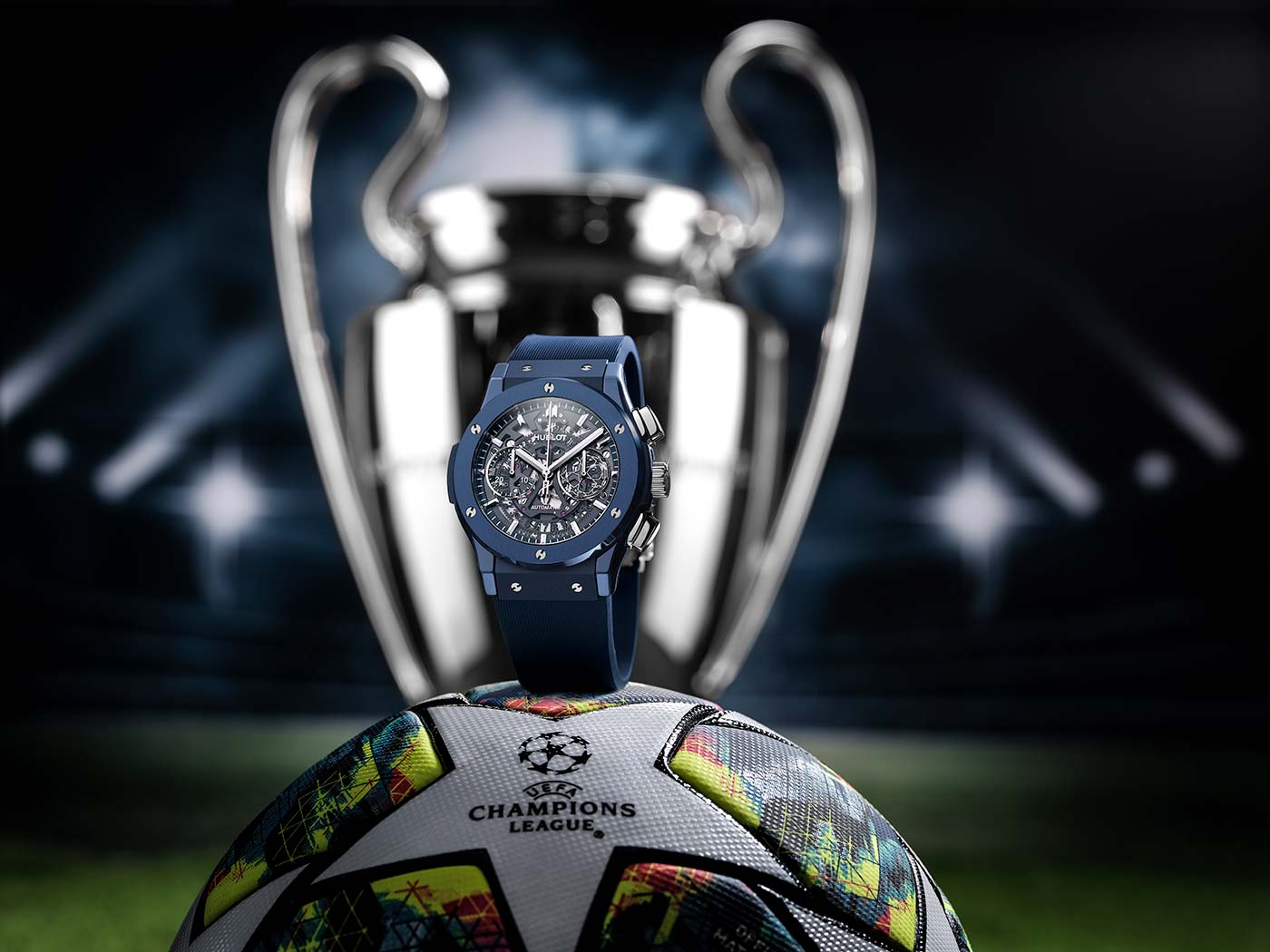 One of the watch’s most striking features is its deep, three-dimensional dial. The graphic look is created by the architectural form of the HUB1155 skeleton movement’s blackened bridges, which also serve as a platform for a transparent sapphire dial. That dial is decorated with applied hour markers and twin counters for the chronograph minutes and running seconds, which appear to float mysteriously over the movement below. The sapphire under the running seconds counter at 3 o’clock is further decorated with the repeating star motif from the UEFA Champions League logo.

The watch is powered by the Hublot HUB1155 automatic chronograph calibre, which has a 42-hour power reserve. Finishing off the watch’s striking look is a blue ceramic case back with a sapphire crystal insert decorated with the UEFA Champions League logo. 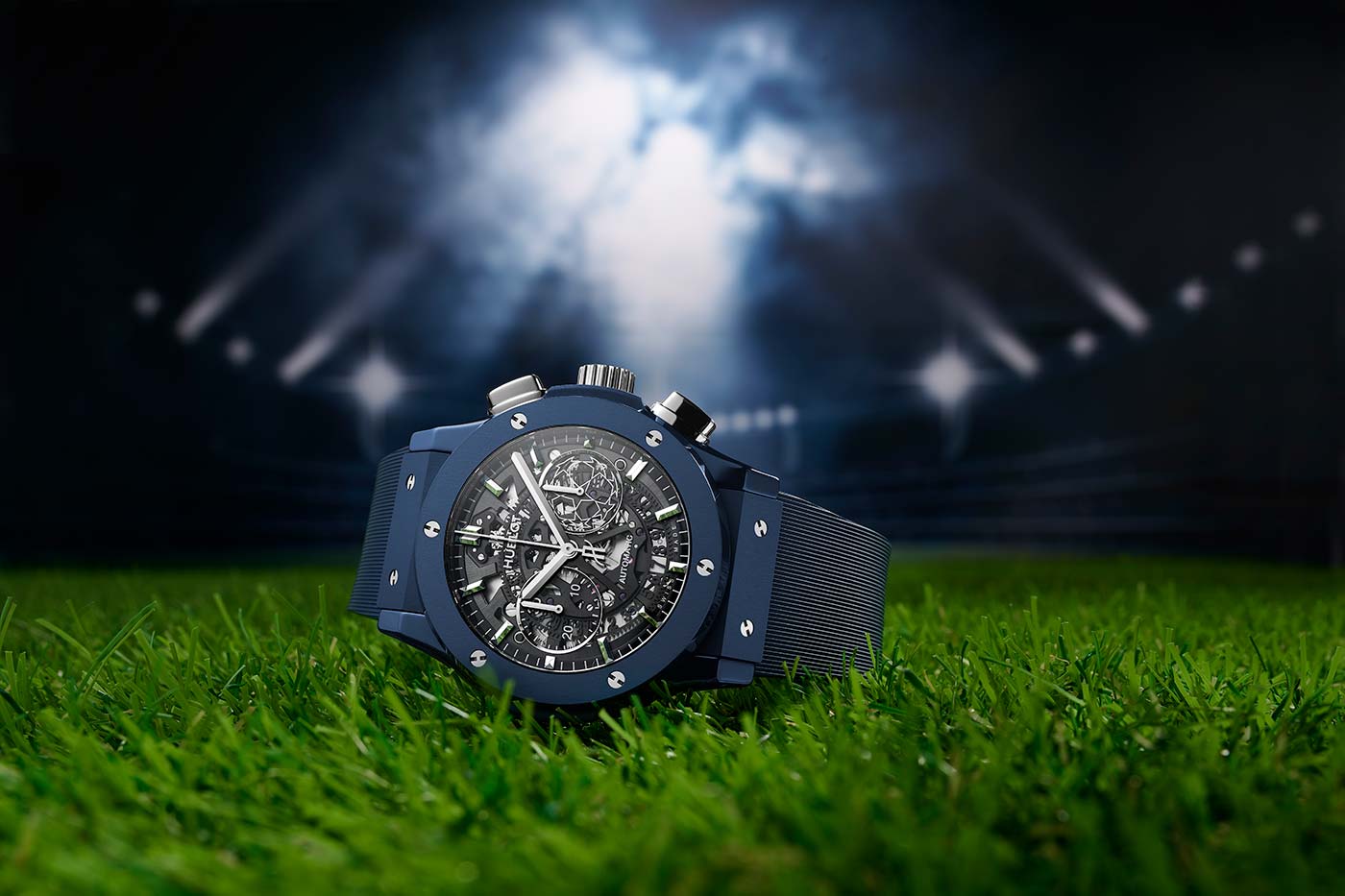 Hublot was the first luxury brand and the first Swiss watch brand to get involved in football. In 2006, it sponsored the Swiss national team, and then in 2008 began a long-standing partnership with UEFA by becoming the ‘Official Timekeeper’ for UEFA Euro 2008.

Since then, Hublot has timed every UEFA European Championships, and will return this summer for the eagerly anticipated UEFA Euro 2020 tournament, which for the first time takes place across Europe in 12 host cities.

Hublot has also been the ‘Official Timekeeper’ of the FIFA World Cup since 2010 and timed the tournaments in South Africa, Brazil and Russia. The Swiss luxury watchmaker became the official licensed watch partner of the UEFA Champions League in 2015. 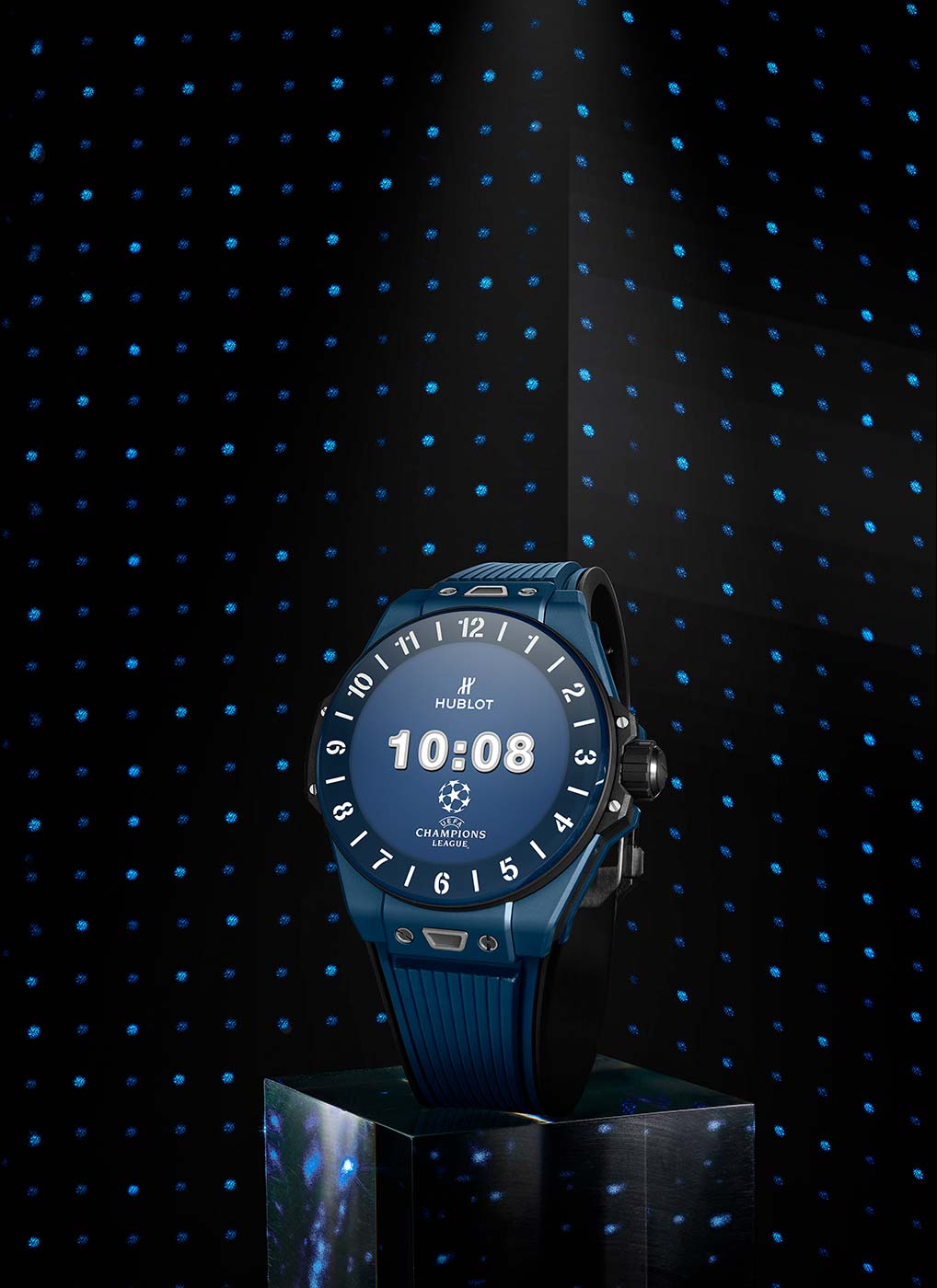