Dustin’s emphatic victory re-wrote Masters history. Having led after each round and by four shots after 54 holes, he carded a nerveless final round 68 in challenging conditions to post a 20-under-par total of 268, the lowest 72-hole score in Masters history. In the process, he blew away the chasing pack, finishing with a five-shot winning margin.

Throughout the final day’s play, the big-hitting giant of the fairways never looked troubled, putting in a remarkably assured performance to seal a memorable win at the world’s most celebrated golf tournament.

Winning at Augusta is the most exhilarating moment of my career. I was nervous all day. It’s the biggest tournament and the one I wanted to win the most and it still feels like a dream. I couldn’t be more excited, and I’ll remember this for the rest of my life. To have the scoring record is a great honour and I am so proud to be able to call myself Masters Champion. I want to thank my team and my family for believing in me, and Hublot for backing me. It’s so much fun working together and I’m proud to bring this one home for Ricardo and all the guys back in Nyon.”
Dustin Johnson
US Masters Champion 2020 and Hublot Ambassador 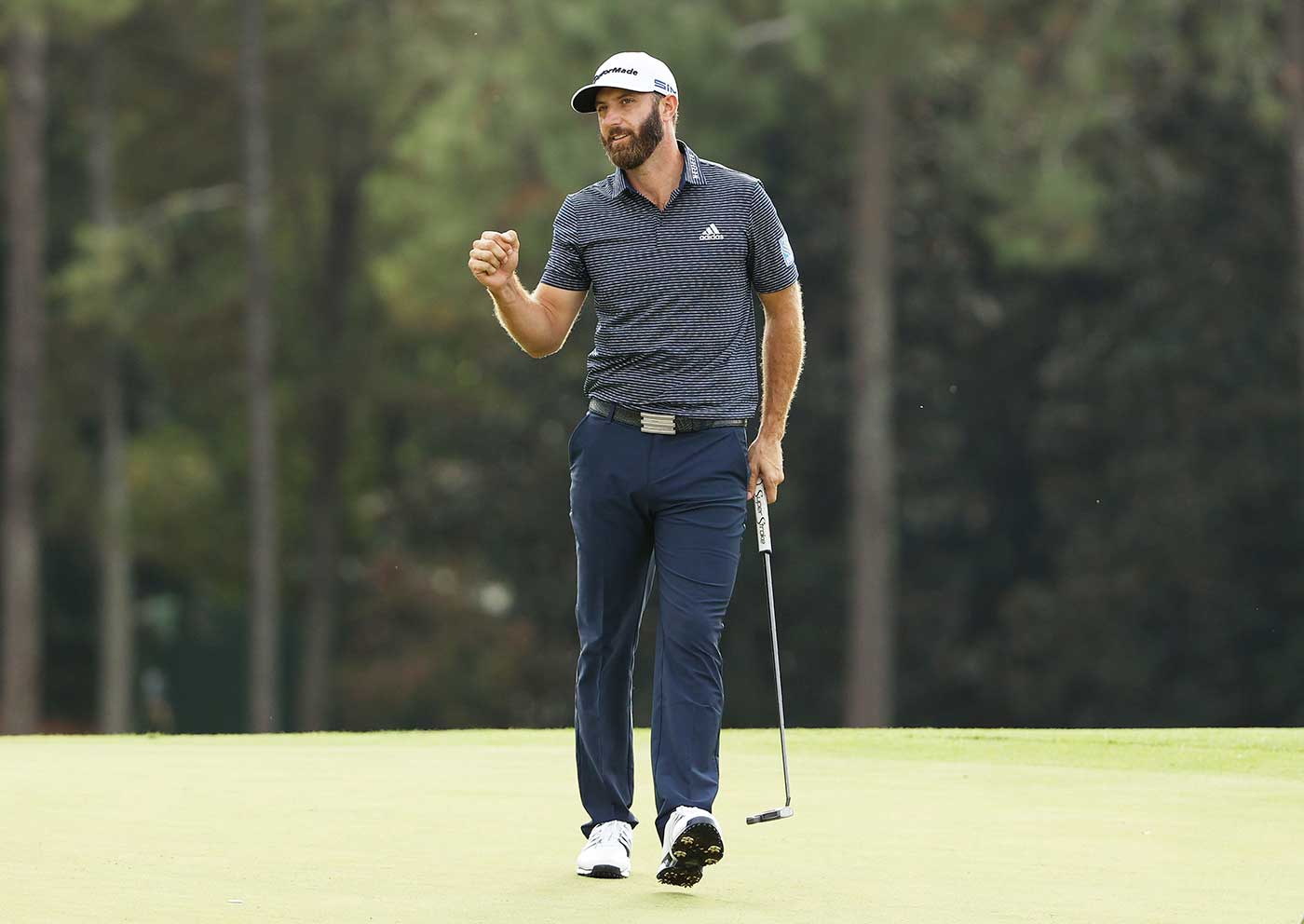 Dustin’s win at the Masters is his second career major, after he won the US Open in 2016. He is also the reigning FedEx Cup Champion, awarded to the season’s best player, won the Ryder Cup at Hazeltine in 2016 and was the first player in golfing history to win each of the four World Golf Championship events. He became a Hublot ambassador in 2017.

This year’s US Masters was held in November for the first time in the tournament’s history, following the global coronavirus pandemic. The azaleas that bloom in the spring may have been replaced by falling pine needles, and there may have been no patrons lining the fairways, but a world-class field put on a spectacular show around Augusta National. But one golfer emerged as champion, Dustin Johnson!

What a display! DJ is such a great guy and a phenomenal athlete and we couldn’t be happier to see him win the US Masters and put on his first Green Jacket. He handled himself like the true champion he is through the week on Augusta’s famous fairways and is totally deserving of his victory. Congratulations to Dustin, his fiancée Paulina and his team, and to everyone at Augusta National Golf Club for putting on such a great tournament in these challenging times. Hublot loves golf!”
Ricardo Guadalupe
CEO of HUBLOT

Dustin, who won the Masters with his brother Austin on his bag, is the latest in a long line of Hublot Ambassadors who have reached the peak of their sports. From Pelé to Diego Maradona, Usain Bolt, Alex Morgan or Michael Clarke, Hublot works with men and women who are champions on and off the field of play.