How Watches End Up in Films

Watch spotting in films has become somewhat of a sport for many enthusiasts. Getting a pixelated glimpse of a lug here and an applied numeral there under a cuff can send many to forums and blogs in search of the exact model. Although sometimes the identification of a watch is made a lot easier through the help of brand partnerships defining a certain amount of screen time and even social media coverage.

While the world of brand partnerships has grown exponentially in recent years, it’s not the only way watches end up on screen. From actors seeking advice from experts to bringing their own timepieces on set, there are plenty of paths to watches appearing on the silver screen. 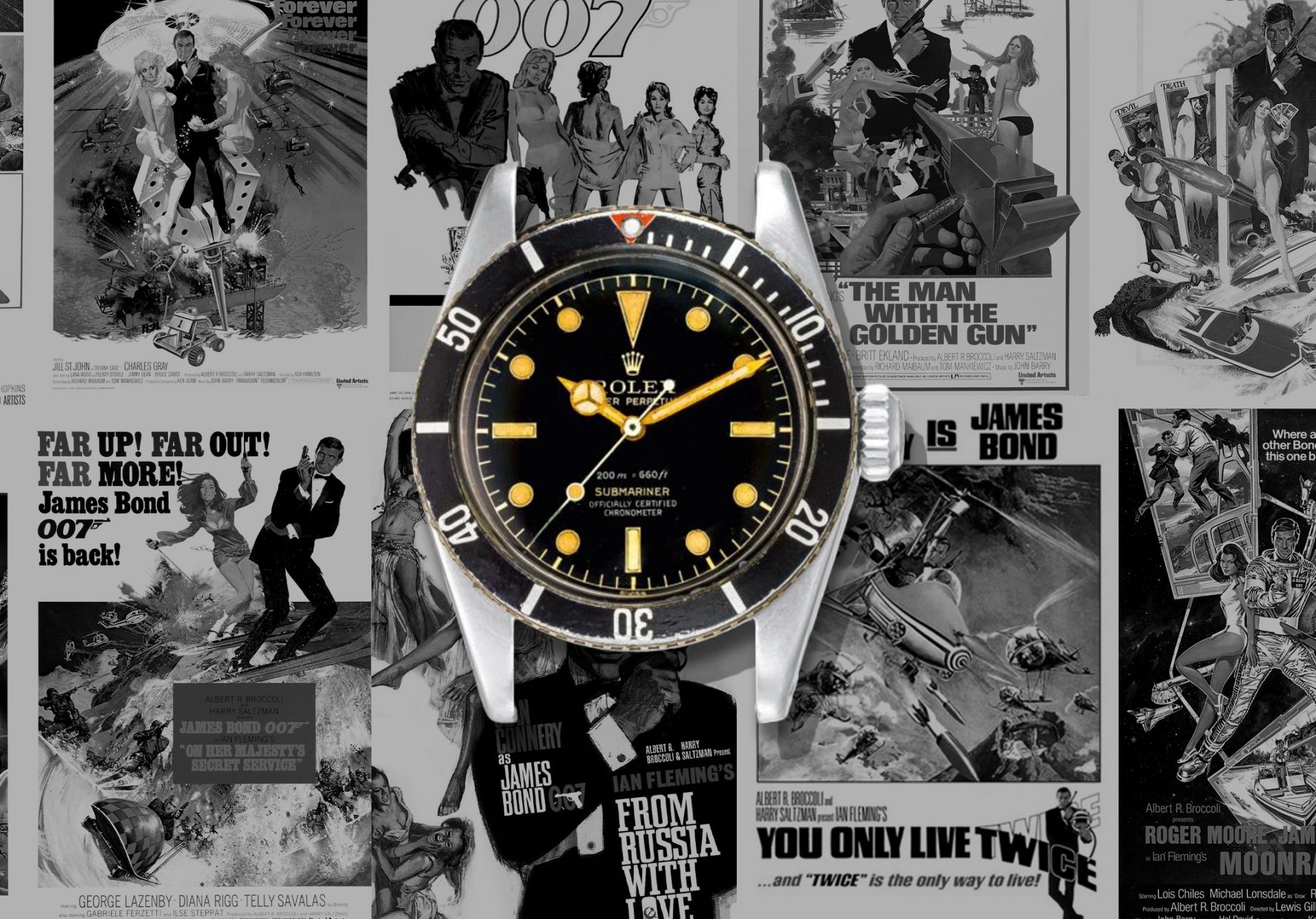 One of the first watches in film history to become linked to the character wearing it.

After a watch has been identified, the speculation as to how it got there begins. With the various ways that a watch could end up adorning a celebrity’s wrist, the mystique of the how and why can lead many down a rabbit hole. Anyone on Instagram is acutely aware of the array of pages dedicated to celebrity watch spotting, as well various websites, all of which allow you to conduct your own research.

Whether organic or paid for, the value of a few seconds of screentime for a brand is undoubtedly valuable. In fact, the celebrity cachet attached has, in several instances, been immortalised in watch collecting culture.

While this is perhaps the obvious choice to start with, it would be remiss of us to talk about watches in films and not mention the world’s most famous secret agent. In the six-plus decades since the franchise’s first inception, 007 has sported a handful of iconic wristwatches, which often doubled as gadgets.

When Bond first appeared on screen in 1962 in Dr. No, played by Sean Connery, a Rolex Submariner reference 6538 was on his wrist. Bond fans will instantly know that he famously wore a Rolex in the novels. Interestingly, Bond’s creator, Ian Fleming, didn’t specify which model or reference the secret agent wore, only that it was a “heavy Rolex Oyster Perpetual on an expanding bracelet.” According to popular lore, Dr. No producer Albert Broccoli lent Connery a Rolex for filming. Specifically, a highly collectible Rolex “Big Crown” Submariner reference 6538, nicknamed the “James Bond Submariner.” 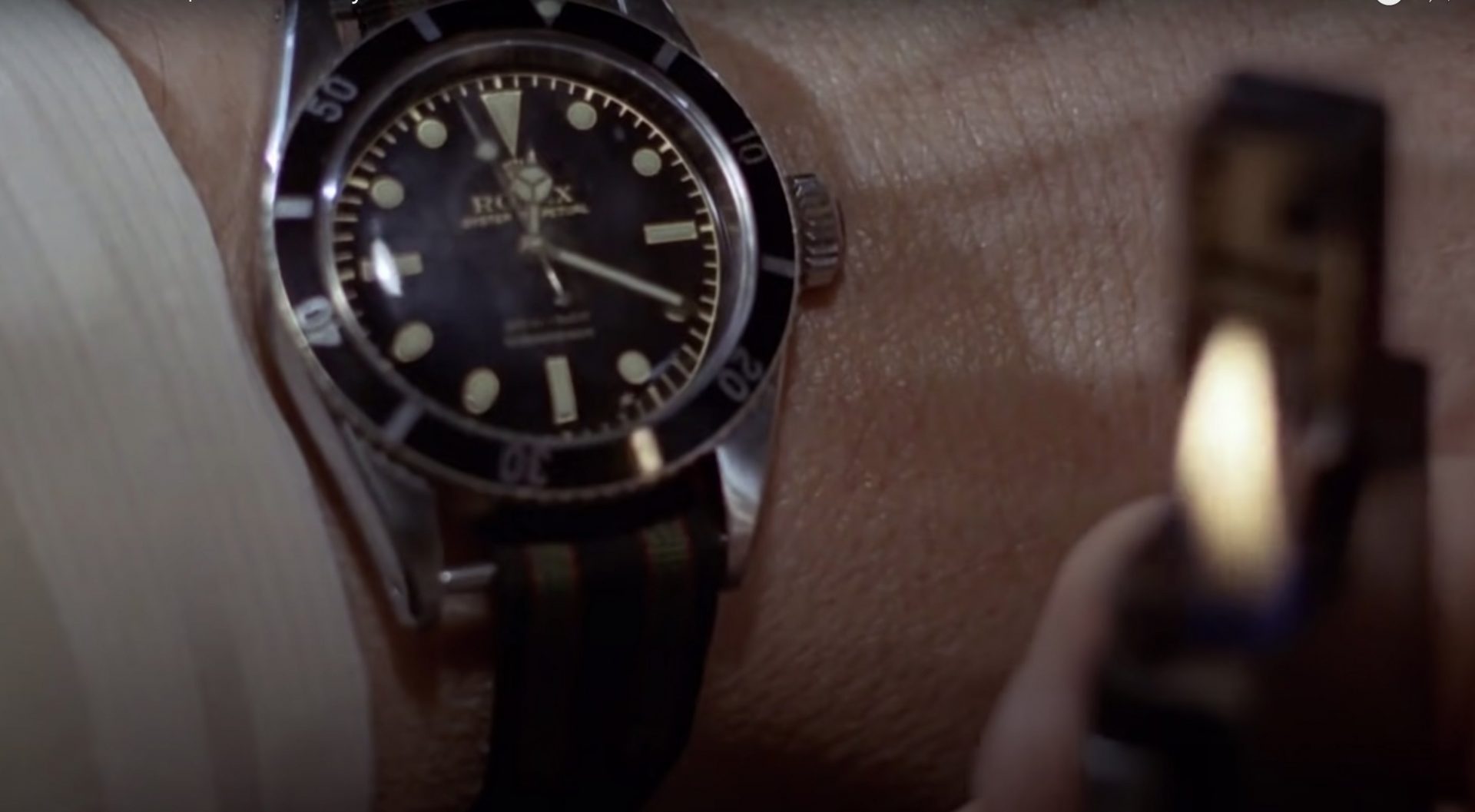 In 1995, Pierce Brosnan revitalised the flagging franchise by stepping into Bond’s shoes in GoldenEye. He also found himself wearing an Omega onscreen for the first time.

It was a decision from costume designer Lindy Hemming, who felt that a built-for-purpose Omega was a more authentic choice than a Rolex, which was peak luxury in the 1990s. Watch industry titan Jean-Claude Biver, who was then the director of international marketing for Omega saw an opportunity and effectively turned James Bond into an Omega ambassador. In fact, it was Biver’s suggestion to take a lower fee in exchange for more favourable contract terms when it came to Bond’s Omega exclusivity. Suffice to say, this was a decision that paid off in the long run.

The domino effect of this decision has been felt in the two decades since, with Omega firming up an official relationship with the Bond franchise and releasing a slew of limited edition “James Bond” Omegas. For Omega, two of the biggest marketing events on the calendar are the release of a new Bond film, and the Olympic Games.

After James Bond, the next film to fall from watch enthusiasts mouths will often be Le Mans. Not only does this film pack the star power needed to launch a watch into legendary status, Steve McQueen at the height of his stardom coming off of Bullitt and The Thomas Crown Affair, and a sufficient number of case corners creeping out from cuffs. 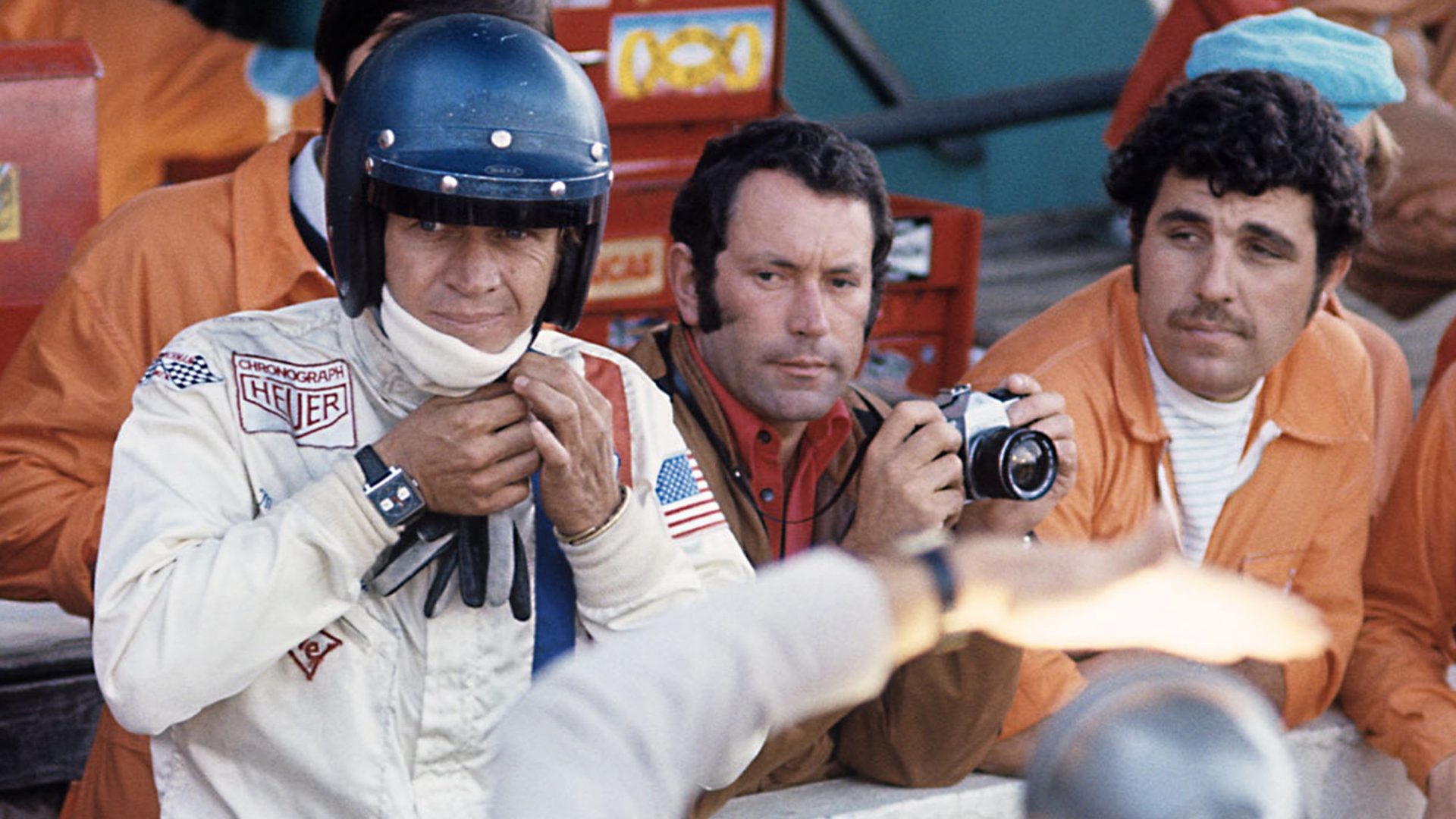 With multiple ‘film used’ Monacos having found their way back on to the open market, the story of how these square-cased chronographs made it on to this silver screen has been passed down from auction listing to forum posts and multiple blog articles over the years.

Don Nunley, the film’s prop master had worked with McQueen on several projects before and had a good feel for what McQueen would go for, as the final decision on these sorts of probs fell to the star. While Nunley gathered watches from five separate brands, the racing suit that he was wearing throughout had a Heuer patch on so this narrowed down his choice somewhat. According to Nunley’s book Le Mans in the Rearview Mirror, McQueen was instantly attracted to the Monaco, despite there being three other Heuer chronographs on a the table, including the Autavia.

Interestingly, after several decades of working as a prop master, Nunley launched Hollywood’s first dedicated product placement company. Nunley’s business went on to be responsible for some of the industry’s most memorable product placements, like Tom Cruise in Ray-Bans and E.T. drinking Coors’ Beer.

British Steel – how Bremont made it on the Big Screen

It now appears that the appetite for product placement for watch brands only continues to grow.

British company Bremont famously placed their watches in the 2014 film Kingsman: The Secret Service. The co-founder of Bremont, Nick English, takes a more organic approach to product placement, highlighting the prohibitive cost of paid placements – “unless you’ve got eight or nine figures to spend, it’s really not possible.” In English’s opinion, “for a watch to be seen in a film, the actor either has to love what you’re about, or you need to pay a lot of money – there’s no real in-between.” 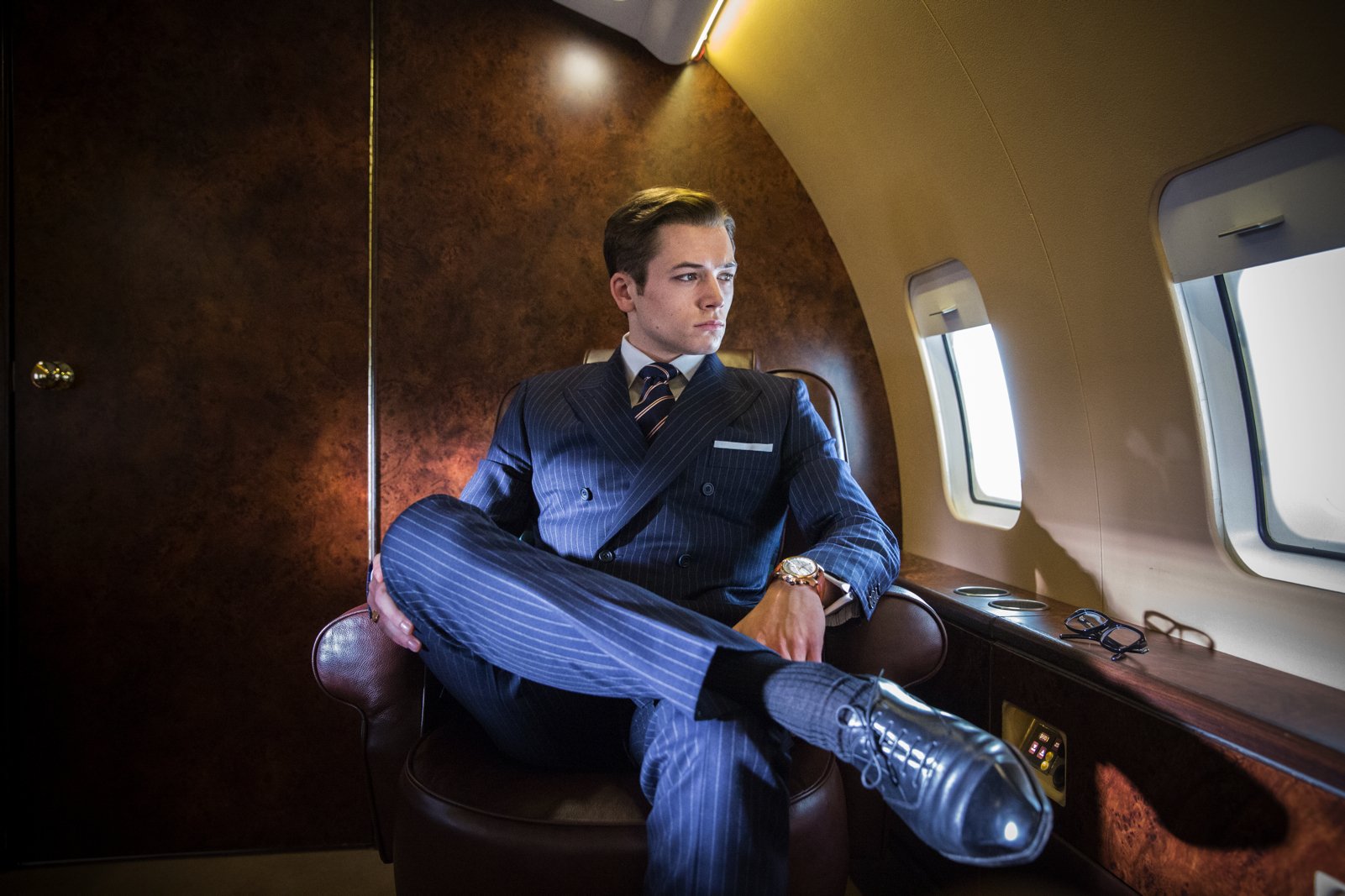 Matthew Vaughn, director of Kingsman, wanted to create a quintessentially British film. Vaughn consulted a close friend for suggestions on the perfect watch to fit with the film’s broader Saville Row tailoring aesthetic, and strong British themes. As it happened, Vaughn’s friend had a personal connection to Bremont, in particular with founders – and brothers – Nick and Giles English.

This chance discussion turned into an official partnership with the film, which included a Bremont “Kingsman” three-watch collection, especially designed for the film. This gave the relatively young brand priceless exposure, which would have been well beyond their financial means at the time. It also provided a lesson in the value of such relationships and placements, something that Bremont has kept at the core of its marketing in years since. This seamless integration with such a popular film has only been reinforced, with English noting that “to this day, customers visit our boutiques asking for the Kingsman watch.” Keen-eyed viewers might even spot one of the English brothers in the Kingsman as background extra. 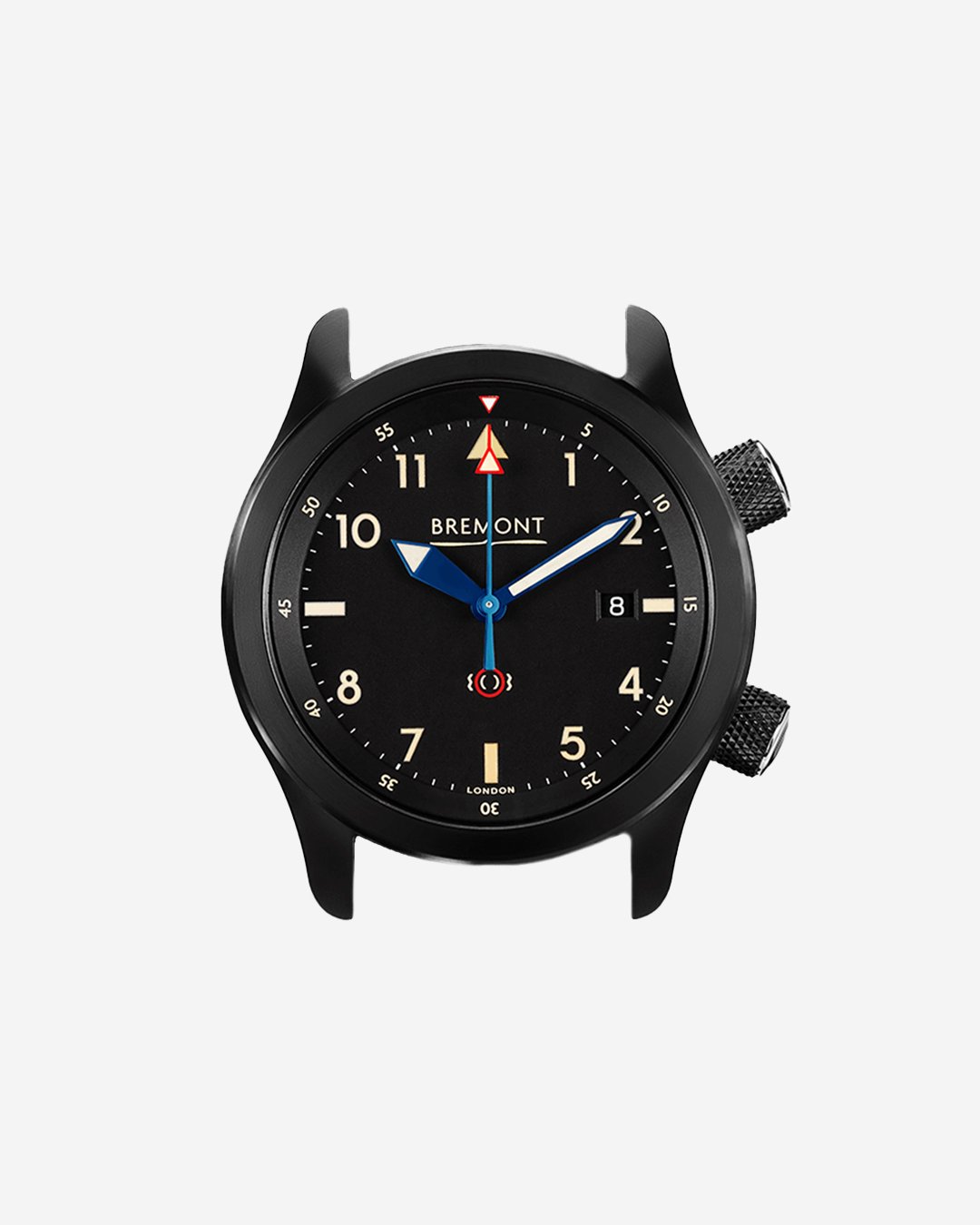 The Bremont U-2/51-JET that Tom Hardy favoured for his role in Venom, courtesy of Bremont.

The Bremont brothers struck Hollywood gold a second time in the 2018 film Venom. English describes how a Bremont ended up on the lead’s wrist as “organic and lovely, stemming from a long time friendship with Tom Hardy,” who played the protagonist in Venom. Hardy turned up on set wearing his blacked-out Bremont U-2/51-JET and felt it was perfect for his character, Eddie Brock. This was not likely to be an accident on Hardy’s part – English felt that it was a deliberate choice for Hardy to include Bremont, a brand he already had a well-documented passion for.

With placements in big-budget productions like Kingsmen: Secret Service and Venom, English strongly feels the brand has been taken to the “next level” within the watch industry. English also notes that scoring a partnership is when the work begins, from prop watches to rubber dummy models, and of course to the resources required to properly activate a partnership with a Hollywood blockbuster, converting those seconds of screen time into actual sales.

Tom Hardy’s not the only one promoting his favourite brands, Daniel Dae Kim knew that a very specific watch was needed for his character Gabriel Cole in the second season of Flack (2020). Kim reached out to A Collected Man who managed to track down an F.P. Journe Seconde Morte Tourbillon in platinum, the ideal watch for a self-possessed billionaire. 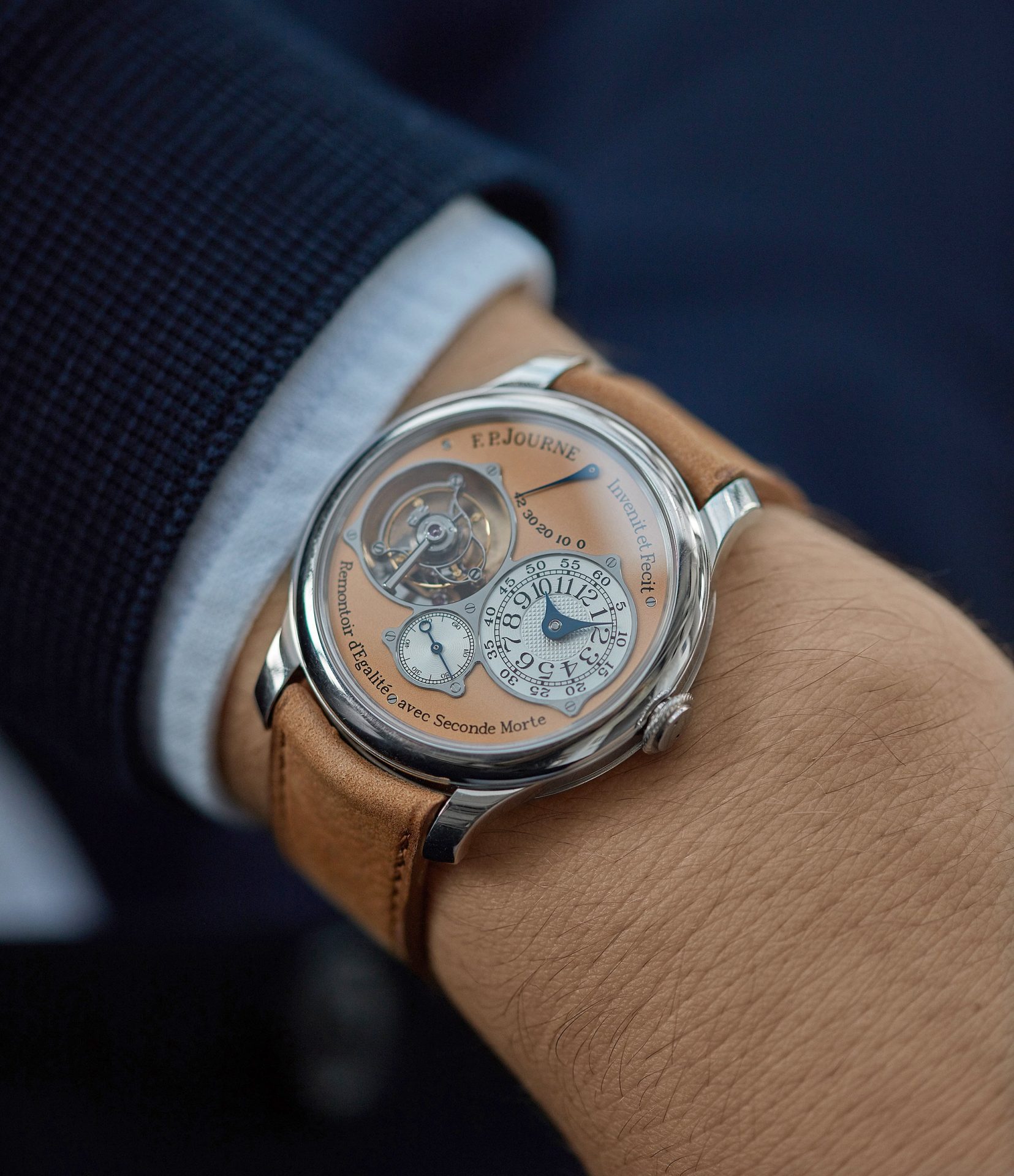 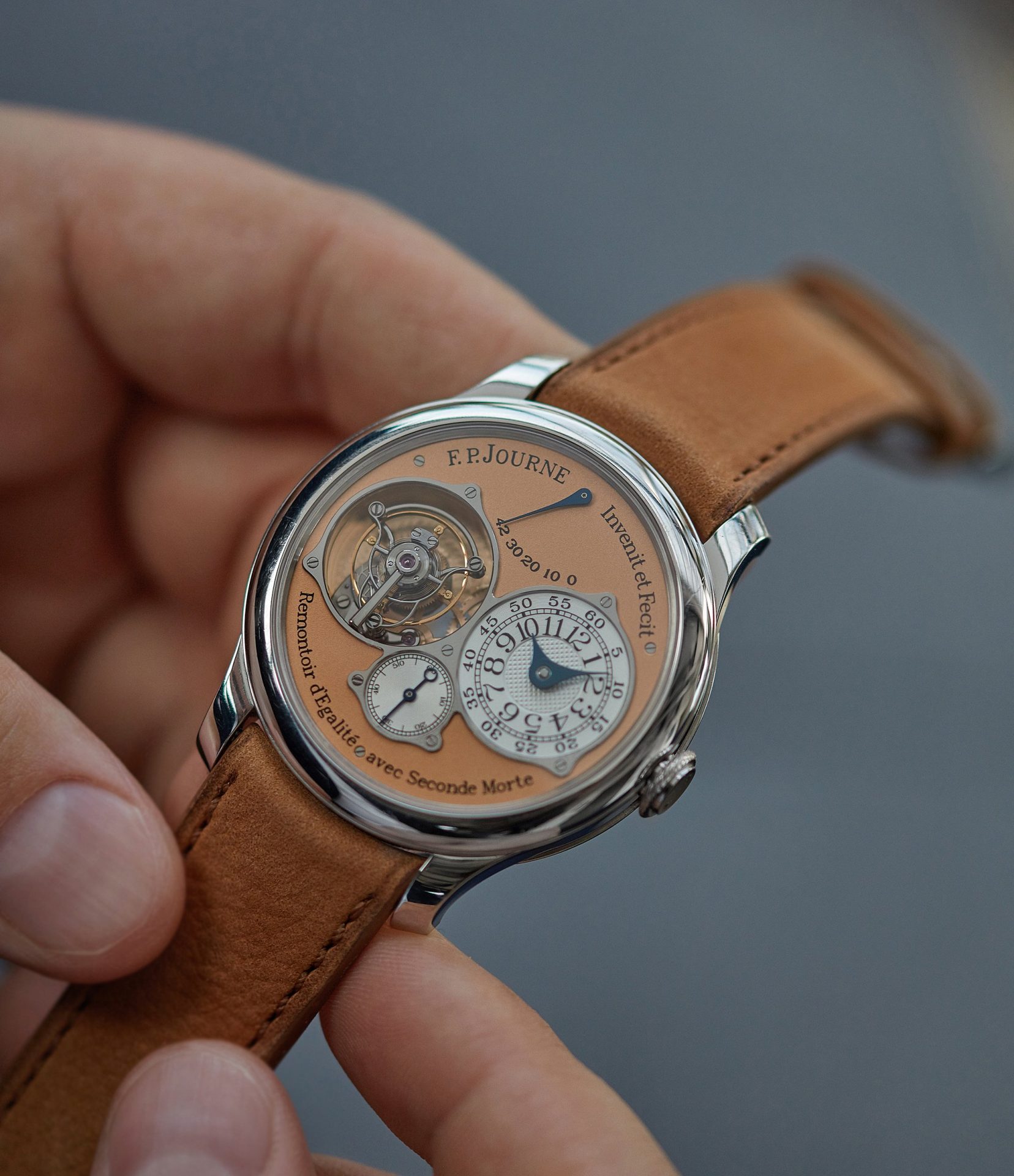 The F. P. Journe Tourbillon Souverain Seconde Morte in Platinum that was worn by Daniel Dae Kim in Flack. S-B-S

Eric Wind, of Wind Vintage also points to a client of his, Fred Savage, who was seeking his advice on what watches to wear in The Wonder Years reboot. Of course, Wind was more than happy to pitch a few options for each of the actors involved.

Wind loans these out at no charge, with a personal disdain for fake watches in film and TV, and goes out of his way to offer watches to producers. A lot of prop masters prefer to have fake watches on set for insurance, maintenance and general convenience.

“Prop masters are not watch people, they want to work with what’s easy, and don’t care about watches”, says Wind. He further adds that “actors are very hesitant to wear their personal watches on set, so fake watches are often an easier route.” In Wind’s experience, the actors that care enough about having a legitimate watch are wary of damaging or losing their personal pieces on set. Luckily for eagle-eyed cinema fans, dealers like Eric Wind sometimes fill in the gap.

The Perfection of a Paid Pop Placement

Leatita Hirschy is the Founder of Kaaviar PR, an agency that focuses specifically on luxury watches and jewellery. She is intimately familiar with the more official channels that watch product placement goes through. Hirschy highlights the role that agents, stylists, and costume designers play in the implementation of watch product placement, noting that: “Watch brands are becoming smarter when it comes to product placements in films. If they loan a watch or pay for product placement, they will want it to be visible and have assets that they can then use for press or social media.” 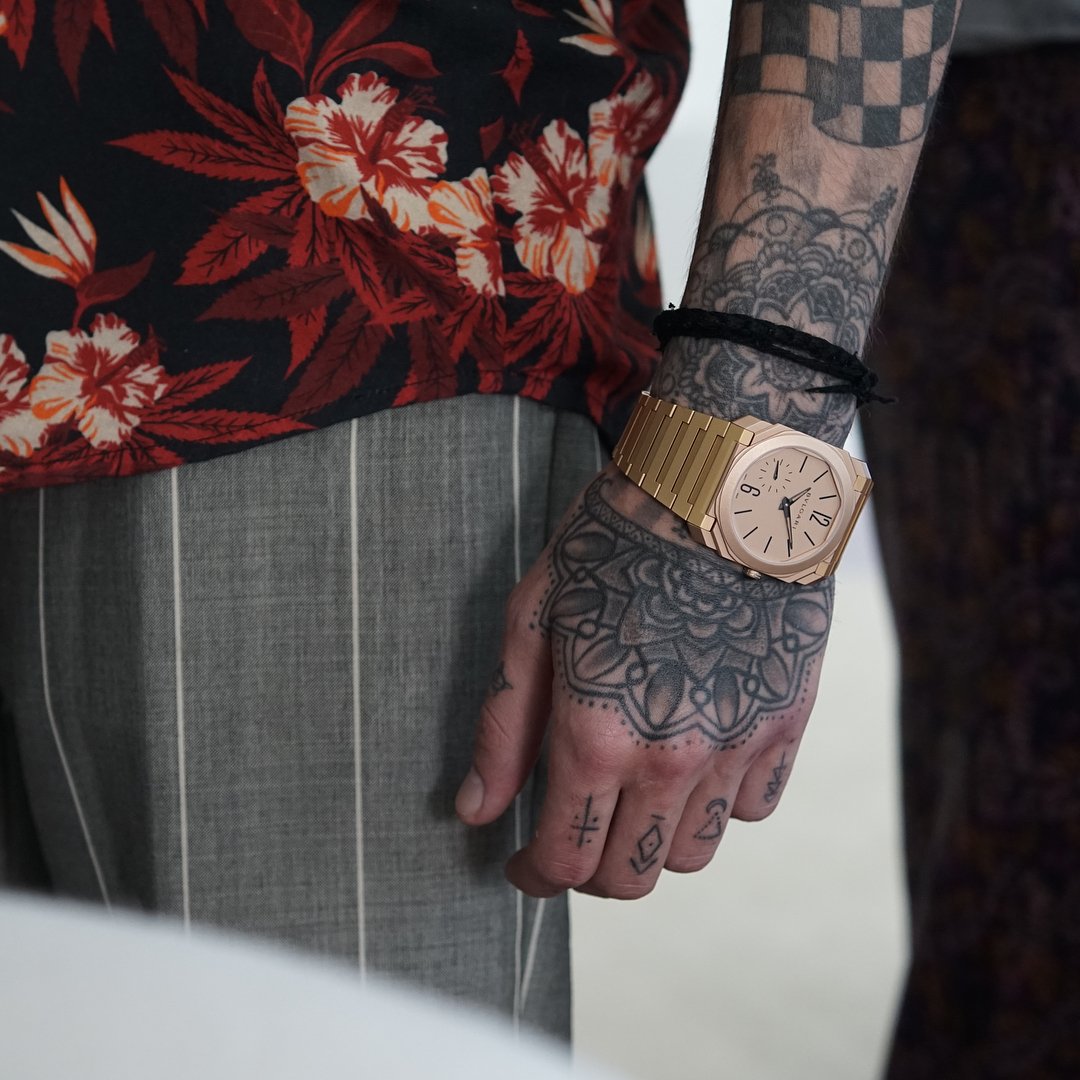 The rose gold Octo Finissimo that Zayn Malik wore through his music video Let Me, courtesy of Bulgari.

Hirschy further comments that the appetite for well-aligned product placement is strong, and is equally present in the music industry. In a previous role, Hirschy worked a watch placement for a new launch with the singer Zayn Malik and his agency. He wore the watch while shooting his latest music video. “We negotiated some behind the scenes footage which the brand was then able to use exclusively on its social channels. Malik also posted a photo of himself wearing the watch on Instagram. It was a win for all involved.” Hirschy noted, when speaking of the positive impact of the press ‘spotting’ Malik wearing a Bulgari Octo Finissimo in his music video Let Me.

While watches end up on screen in numerous ways, in today’s movie industry, one thing is clear. Unless an official partnership exists, most productions don’t have the budget, nor the appetite to go down the route of legitimate timepieces. Although you can be certain, if you do spot a legitimate watch in your favourite film, it’s no accident.