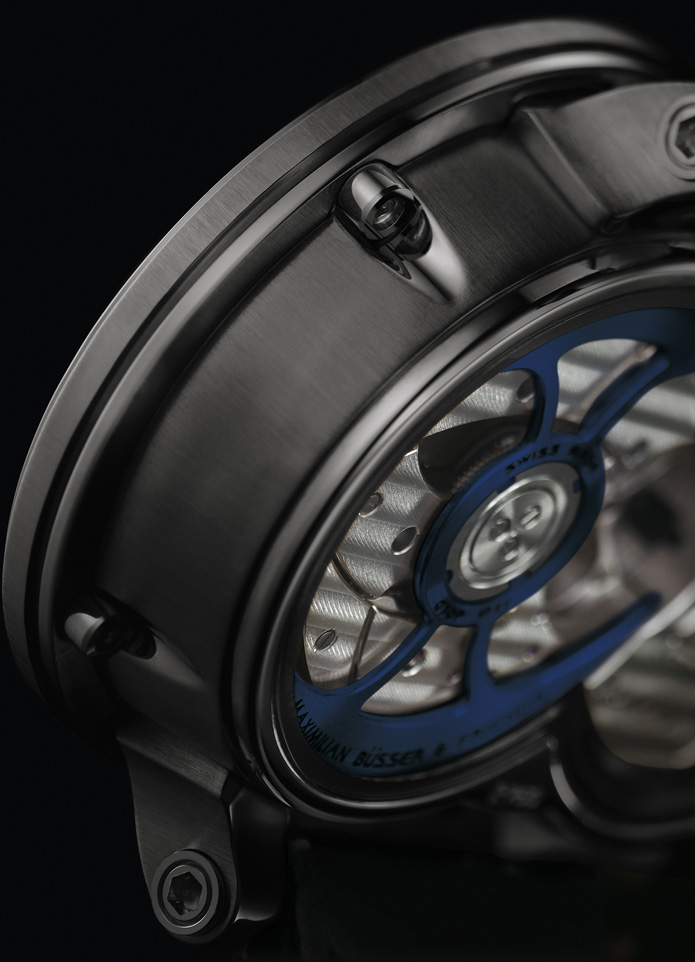 Introduction: Horological Machine No1 is an extremely sophisticated timepiece on many levels: visually, technically and emotionally. It is as much, if not more, art and sculpture as micro-engineering. By designing and constructing its first three-dimensional machine MB&F broke free of the constraints imposed by traditional horology.

HM1 is a totally original timepiece, featuring hours and minutes on separate dials, raised central one-minute tourbillon, seven-day power reserve, four mainspring barrels and both automatic and manual winding. It has a radical new design and construction plus a brand new movement with 376 parts and 81 functional jewels.

While the most visual technical element of the movement is the rotating one-minute tourbillon on top of the dial, it was the four massive mainspring barrels that dominated HM1’s design and construction. There is no mistaking the three-dimensionality of Horological Machine No1, both in the sheer volume of the case and in the multiple strata of its dial.

The depth and complexity of the dial encourages and rewards an oblique viewpoint as there is so much more to see than simply the time. The single arm of the tourbillon cock, reminiscent of vintage Breguet pocket watches, allows an uninterrupted view right into the beating heart of the movement.

Inspiration and Realization: The key figures behind Horological Machine No1 were designer Eric Giroud, who spent hundreds of hours turning Maximilian Büsser’s sketches into the final 3D designs; and movement engineer Laurent Besse and independent watchmaker and AHCI member Peter Speake-Marin, who together turned the radical conceptual drawings into micro-mechanical reality. The synthesis of Besse’s engineering background with Speake-Marin’s roots in classical horology ensures that, although the movement looks as though it comes from the future, its quality and finish are solidly founded on the very finest aspects of traditional haute horlogerie. 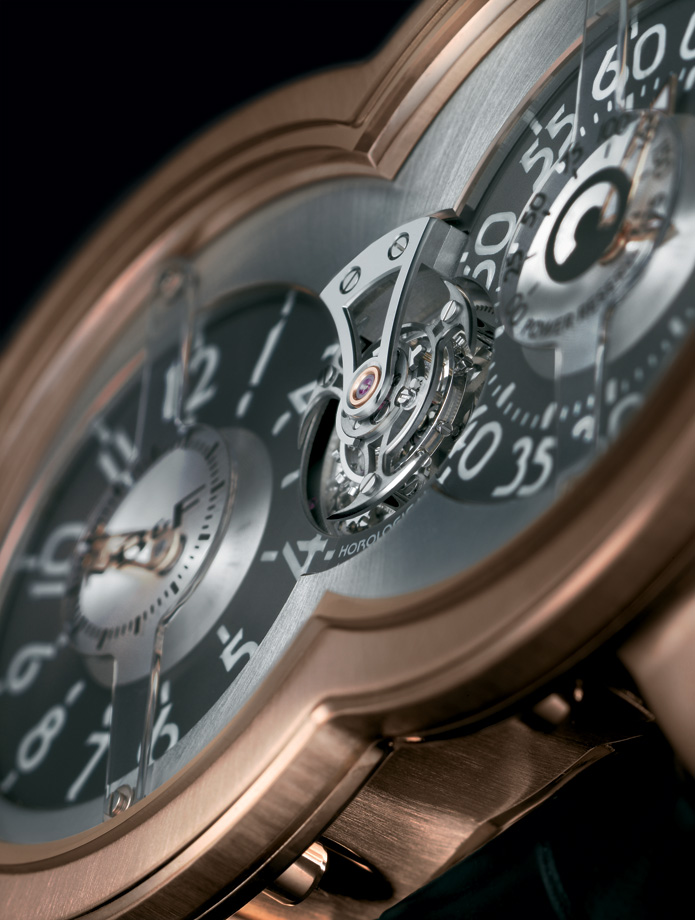 Technical Innovations: Using four massive mainspring barrels in parallel – two on each side of the movement –  enabled MB&F to reduce the torque of each mainspring, thus improving isochronism, decreasing wear and increasing longevity… all while maintaining an enormous seven days reserve of power.

The barrels are not the only mechanical system needing to communicate across a constricted divide: the hours on the left must synchronize with the minutes on the right, both for timekeeping and time-setting. This necessitated the development of an over-sized wheel centrally located under the dial. Extremely flat and mirror-polished, this wheel is cleverly supported by floating it between two layers of precision adjusted jewels.

A central one-minute tourbillon is a complicated enough mechanism in its usual position, i.e. level with the dial inside the movement. Horological Machines, however, are three-dimensional structures, therefore the tourbillon has been elevated thus creating its own centre stage. And driving the tourbillon cage from both sides one which applies force more evenly, reduces torque and increases movement longevity is yet another highly innovative
development.

Architecture: There is no mistaking the three-dimensionality of Horological Machine No1, both in the sheer volume of the case and in the multiple strata of the dial. HM1’s unusual form dominates the senses and dictated the architecture of the movement. With its 48 discrete elements, HM1’s case has a complexity and sophistication matching its movement.

The HM1 case features a modular construction enabling every part to be independently refurbished.

This is a design looking completely at home in the fantasy worlds of both 20,000 Leagues Under the Sea and 2001: A Space Odyssey.

Indications: Looking at the dial we see: hours indicated on the left; raised central one-minute tourbillon; minutes indicated on the right-hand dial; and the seven-day power reserve displayed on a higher stratum inside the minute dial. The twin upper-level sapphire bridges not only allow a clear and uncluttered view of all the indications, the four columns supporting them play a dual role in housing the ingenious movement-to-case fixing cones. 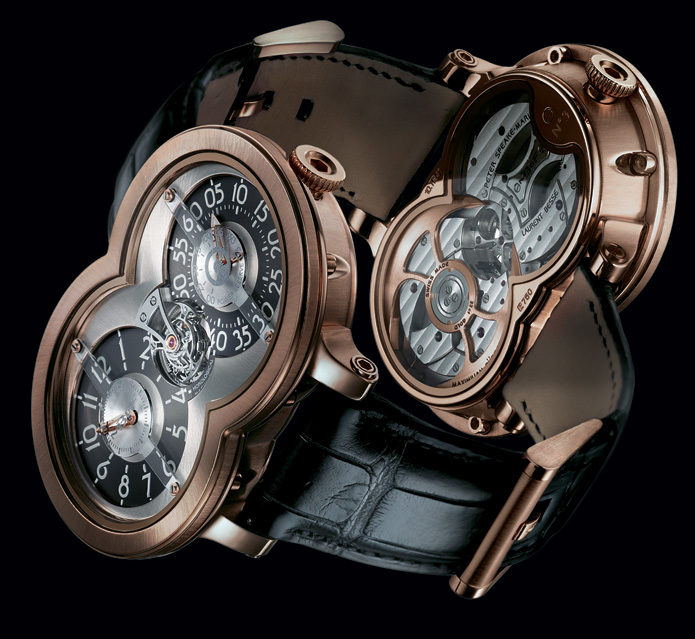 Number of jewels: 81 (all functional).

Number of parts: 376 (including jewels).

‘Friends’ responsible for Horological Machine No1 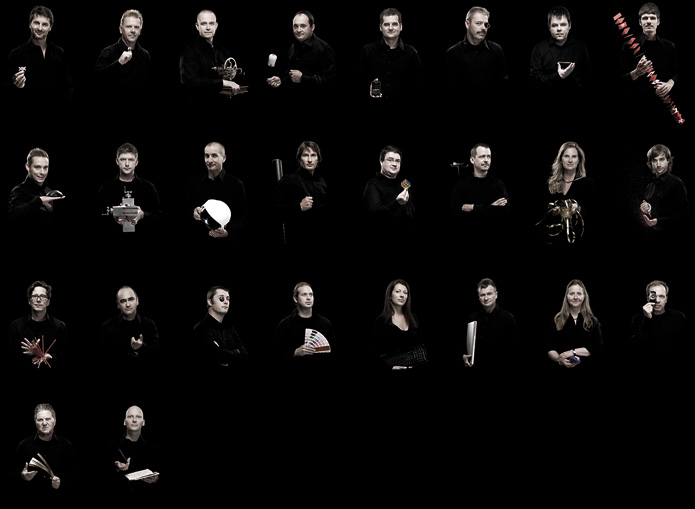 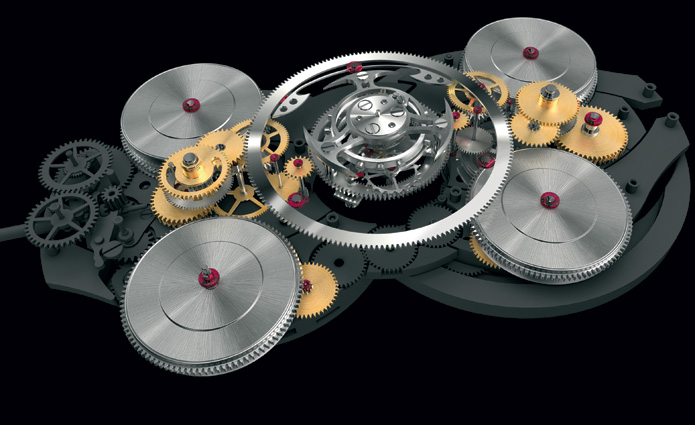 The projects that gave Maximilian Büsser the most pleasure and personal satisfaction during his seven year tenure as head of Harry Winston Timepieces, were those working with talented independent watchmakers on the exciting Opus series watches. An idea for his own personal utopia emerged; that of creating a company dedicated solely to designing and crafting small series of radical concept watches in collaboration with talented professionals he both respected and enjoyed working with. The entrepreneur in Büsser brought the idea to reality.

MB&F is not a watch brand, it is an artistic and micro-engineering concept laboratory in which collectives of independent horological professionals are assembled each year to design and craft radical Horological Machines. Respecting tradition without being shackled by it enables MB&F to act as a catalyst in fusing traditional high-quality watchmaking with cutting-edge technology and avant-garde three-dimensional sculpture. 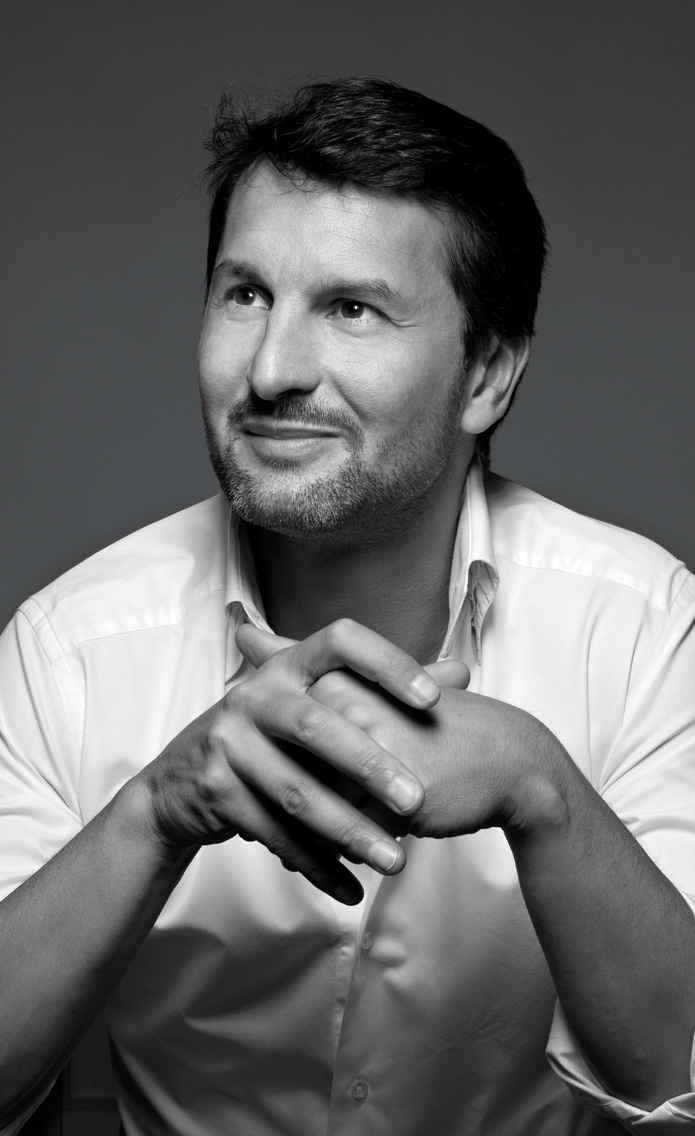 Maximilian Büsser was born in Milan, Italy, before moving at an early age to Lausanne, Switzerland where he spent his youth. Growing up in a multi-cultural environment and family – his father was a Swiss diplomat who met his mother, an Indian national, in Bombay – led Büsser to develop a cross-cultural broad-based approach to his life and to business.

In July 2005, at the age of 38, Maximilian created the world’s first horological Concept Brand: MB&F (Maximilian Büsser & Friends) in which he is now partnered with Serge Kriknoff. Büsser’s dream with MB&F is to have his own brand dedicated to developing radical horological concepts by working in small hyper-creative groups composed of people he enjoys working with.  MB&F presented its first timepiece, Horological Machine No1 (HM1), in 2007 and followed that up with HM2 in 2008, HM3 in 2009 and HM4 Thunderbolt in 2010, with more radical machines in the development pipeline.

Entrepreneurship is Maximilian Büsser’s forte. In 1998 and only 31 years old, he was appointed managing director of Harry Winston Rare Timepieces in Geneva. During his seven years there Büsser developed the company into a fully-fledged and well respected haute horlogerie brand by developing the strategy, products, marketing and worldwide distribution, whilst integrating design, R&D and manufacturing in house. The results were a 900% increase in turnover and the positioning of Harry Winston as one of the leaders in this very competitive segment.

Prior to Harry Winston, Maximilian Büsser’s love for high-end horology was strongly imprinted by his first employer, Jaeger-LeCoultre. During his seven years in the senior management team during the 1990s, JLC strongly increased its profile and multiplied its turnover by a factor of ten. Büsser’s responsibilities at Jaeger-LeCoultre ranged from Product Management & Development to Sales & Marketing for Europe.

Maximilian graduated in 1991 with a Masters in Micro technology Engineering from the Swiss Federal Institute of Technology, Lausanne.