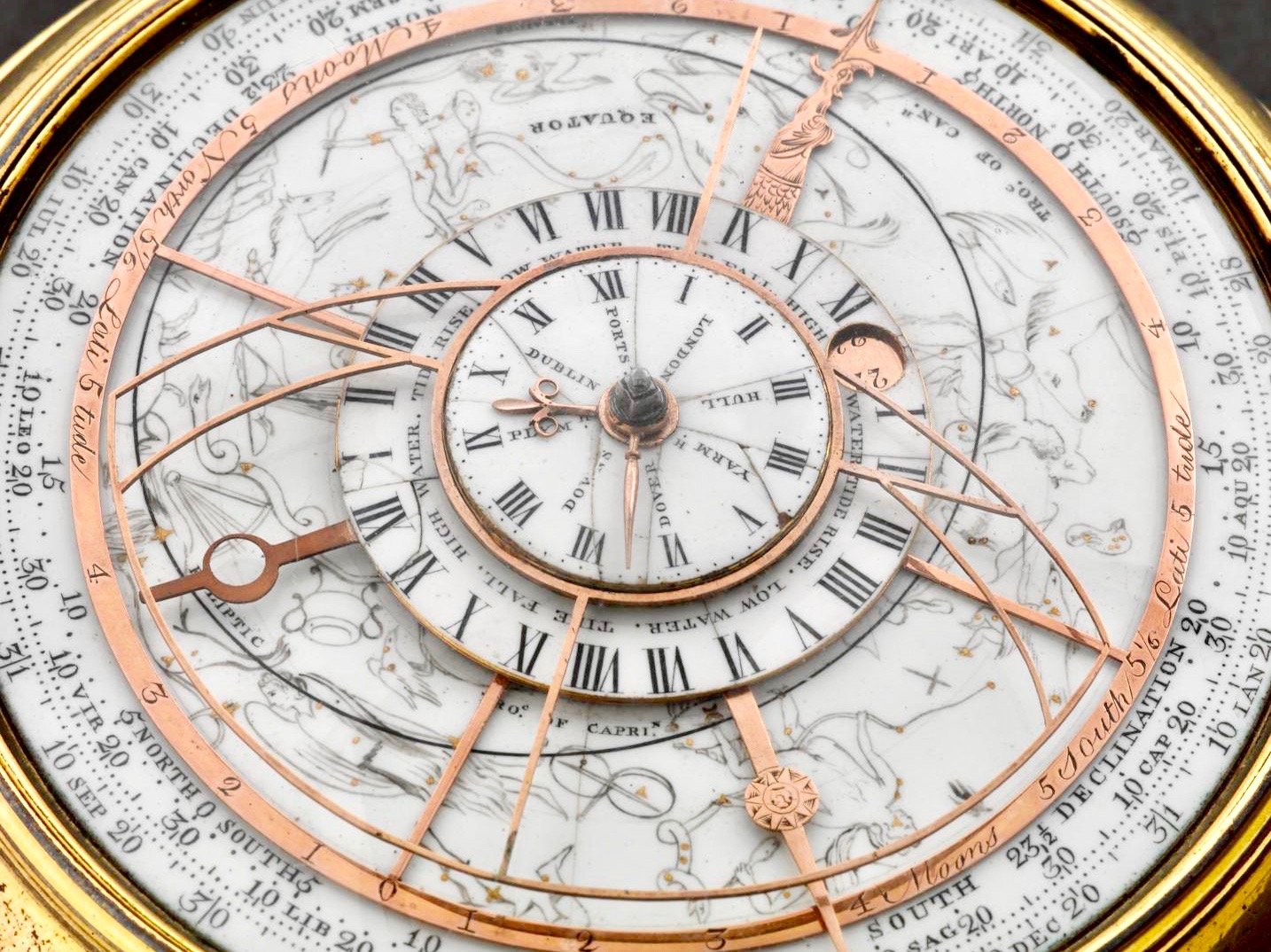 Around the 1790’s Margetts moved into marine chronometer design and manufacture. Betts described the ordinary marine chronometers, that Margetts petitioned the Board of Longitude for funds, as “not particularly well made” and “distinctive instruments that display a character that still reflects the quirky nature of their creator”. Daniels was a little more scathing. To his mind, the ordinary marine watches and clocks that Margetts built were implemented almost with disdain for the scientific and manufacturing principles of clockmaking of the day. He further notes that the Board of Longitude did not recommend a single one for navigational purposes.

After a lifetime of mathematical and navigational pursuits, financial success and bankruptcy, partial blindness (cataracts) that involved a rather grisly operation to remove, Margetts fell mentally ill. His obituary describes that in June, 1804, “Suddenly, an apprehension of insanity flashed upon his mind and he exclaimed: ‘Good God, is it then to end in madness!’ and bursting into tears continued to weep with his family, whose affliction may easier be imagined than described. Dr. Willis entertained no hope of his recovery… It was thought advisable to send him to St. Luke’s, where he would be prevented from committing any violent act.”