A LEGENDARY TIMEPIECE BORN FROM A PARTNERSHIP: 2022 WILL MARK 70 YEARS SINCE BREITLING CREATED THE NAVITIMER FOR AOPA

In 1952, Willy Breitling developed a wrist-worn instrument that would allow pilots to perform all necessary flight calculations. Two years later, the Aircraft Owners and Pilots Association (AOPA) selected his design as its official timepiece. Their partnership led to the creation of one of the most recognizable watches of all time – the Navitimer – whose original iteration proudly bore the AOPA logo at 12 o’clock. Today they jointly announced a new scholarship for young pilots, the first of several upcoming collaborations to mark the watch’s 70th anniversary. 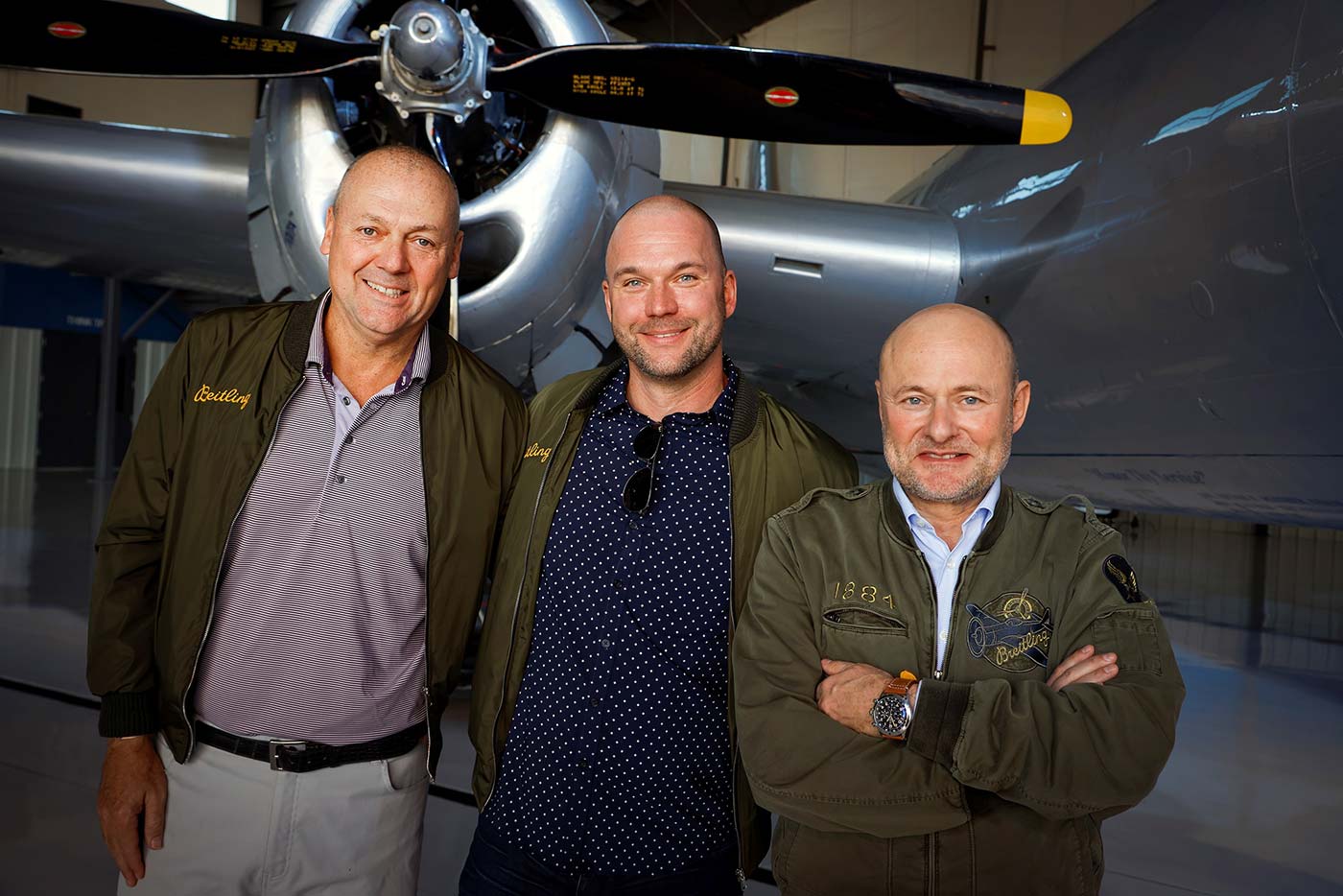 “Back then neither Breitling nor the AOPA could have imagined the significance of this partnership and its mark on the world,” said Breitling CEO Georges Kern. “But it has resulted in a watch that is so much bigger than a watch. It’s an icon.”

Today the organizations announced the Breitling Aviation Scholarship, which will cover the costs for a young person in the US to complete a full pilot’s training course. The deadline to apply is February 11, 2022.

The relationship between Breitling and the AOPA started nearly 70 years ago, when Willy Breitling developed a new chronograph concept for the association’s members. At the time, the AOPA was (and remains) the largest pilots’ club in the world, counting nearly every US aviator among its ranks.

His design was an innovative wrist-worn instrument that would enable pilots to perform such forward-thinking flight calculations as average speed, distance traveled, fuel consumption, and rate of climb. This early answer to the onboard computer was achieved by incorporating Breitling’s patented circular slide rule onto the watch’s rotating bezel. The name “Navitimer” was cleverly derived from a combination of navigation and timer. When it launched to AOPA members in 1954, the watch was an instant success.

This very first Navitimer, “completely designed and engineered to AOPA specifications,” did not include Breitling’s name or logo anywhere on the dial. Instead, it was the AOPA logo that featured prominently at 12 o’clock.

Throughout the 1950s and 1960s, the Navitimer would continue to be the watch of choice for military and civilian pilots. Astronaut Scott Carpenter would even wear a specially modified Navitimer in space in 1962.

And it wasn’t just aviators drawn to the Navitimer’s uncompromising style and functionality. When the watch, featuring an unsigned version of the AOPA logo, hit the open market in 1955, it found fans among celebrities of the day, including Miles Davis, Serge Gainsbourg and Formula 1 champions Jim Clark and Graham Hill.

Today, some of the watch’s most sought-after collectors’ pieces are the vintage iterations and limited-edition tributes that showcase the association’s logo. The onetime “official watch of the AOPA” has become a cultural phenomenon, and those origins will continue to have a strong influence on the future of the Navitimer.

“We have quite a shared history with Breitling, going back to our original partnership on the original Navitimer in the 1950s,” said Mark Baker, president of AOPA. “I’m thrilled to keep this important and strong relationship going, setting the stage for more exciting projects together. We greatly appreciate Breitling’s commitment to AOPA and general aviation.” Breitling and the pilots’ association have remained close allies throughout the decades, partnering at aviation events and on programs to help aspiring pilots enter the field. The Breitling Aviation Scholarship is the first of several planned collaborations to mark the watch’s 70th anniversary in 2022.

With that date fast approaching, stay tuned for major news on how these two historic organizations will come together once again to celebrate their shared legacy in the iconic pilots’ watch.

Since 1884, Breitling has established a global reputation for high-precision timepieces, its pioneering role in the development of the wrist chronograph and its uncompromising commitment to design excellence. With the brand’s storied association with aviation, Breitling has shared the finest moments in humankind’s conquest of the skies. Renowned for its spirit of innovation, it has also earned a place of privilege in the worlds of science, sport and technology. Breitling manufactures its own movements in-house and the quality of every watch is confirmed by its status as a COSC-certified chronometer, made in Switzerland. 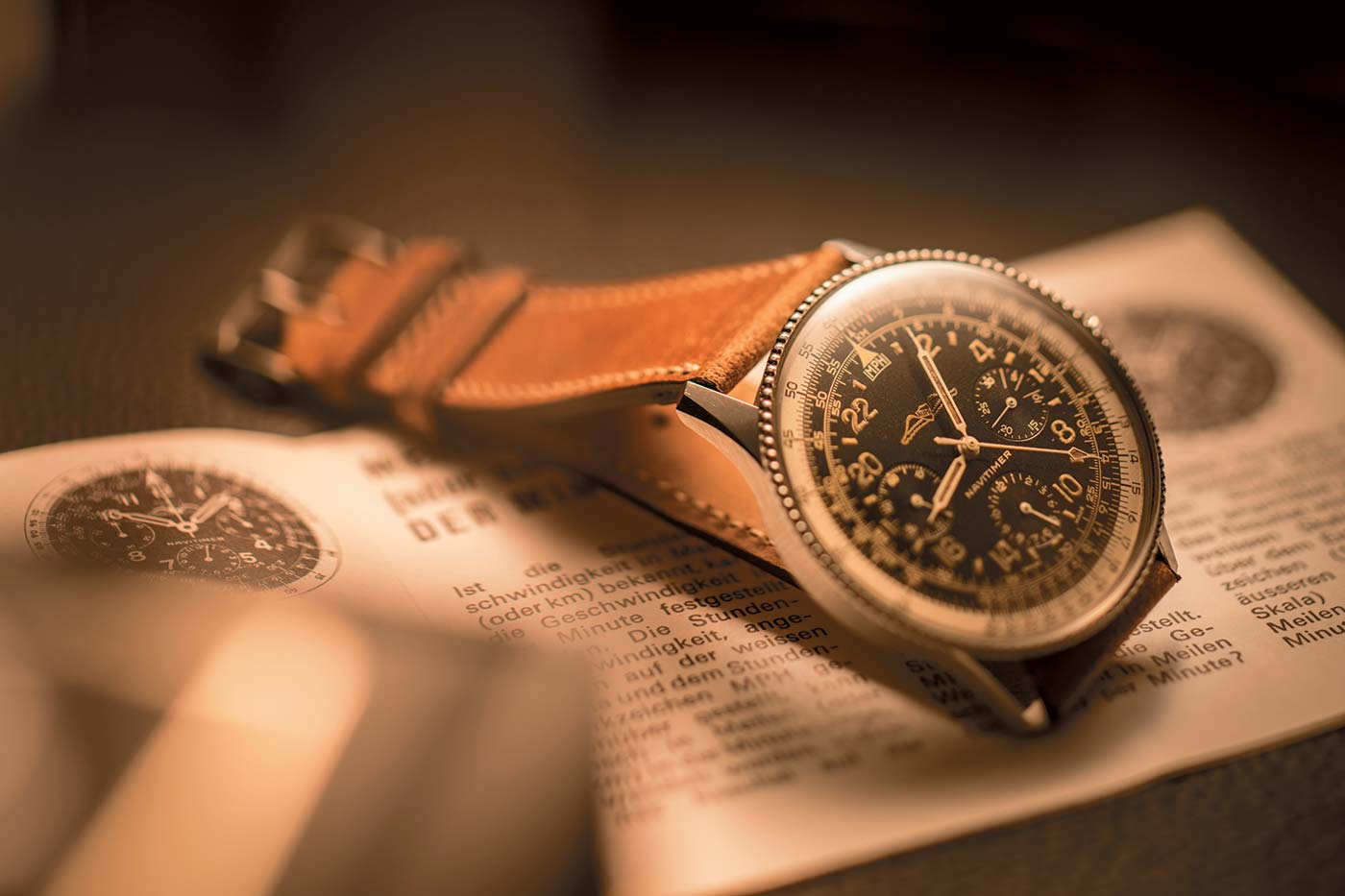 Since 1939, AOPA has protected the freedom to fly by creating an environment that gives people of all ages the opportunity to enjoy aviation and all it has to offer. AOPA is the world’s largest community of pilots, aircraft owners and aviation enthusiasts with representatives based in Frederick, Md., Washington, D.C., and seven regions across the United States. The association provides member services including advocacy at the federal, state and local levels, legal services, flight training, and safety programs, and award-winning media. AOPA specializes in making aviation more accessible to everyone. To learn more, visit www.aopa.org.

All press material can be downloaded free of charge at
https://press.breitling.com/aopa-partnership

The Bare Bones Of the Skeletonised Watch