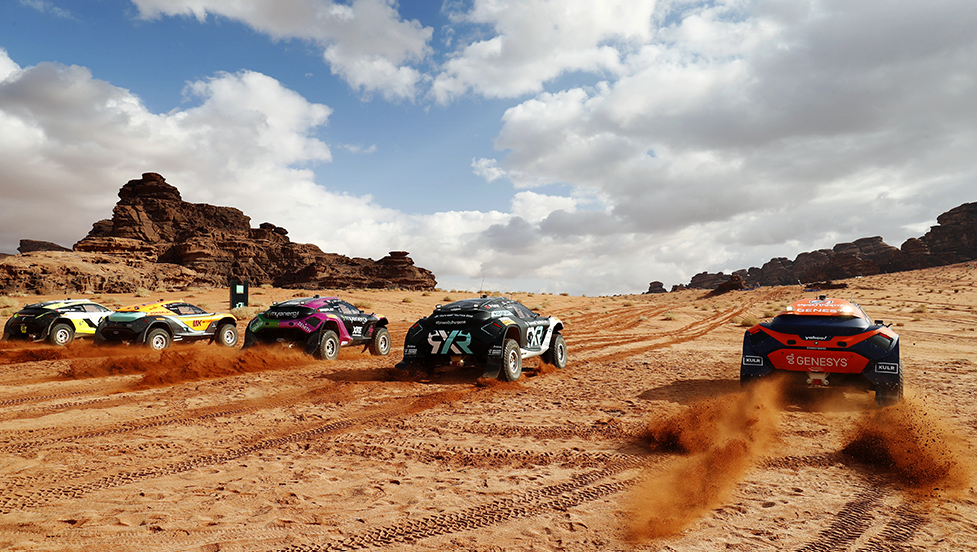 Extreme E is back on track for another exciting season! For the first race in the electric rally championship’s sophomore season, of which Zenith is proudly resuming its role of Official Timekeeper and Founding Partner, Saudi Arabia was once again chosen as the venue for the “Desert X Prix”. But instead of returning to last year’s historical Al’Ula region, Extreme E chose to hold the first major motorsport event in the emerging city of NEOM, which is being modelled as a template for future sustainable developments. A unique topography of coastline, desert and mountainous terrain provided the perfect opener for what’s shaping up to be a thrilling season for the world’s fast electric rally racing championship.

Zenith CEO Julien Tornare shared “I’m thrilled to be in NEOM with Extreme E for the start of the second season. You can feel the energy and excitement in the air from all teams and drivers who set the bar very high for the first race of the 2022 championship. This year, we wanted to pay tribute to Extreme E’s philosophy and concrete actions towards sustainability, so we’re proud to unveil the DEFY Extreme E Desert X Prix featuring a strap made with recycled rubber from tyres used in its races! This special edition is the first in a series of five, and we can’t wait to share with you the rest throughout this year’s Extreme E races.”