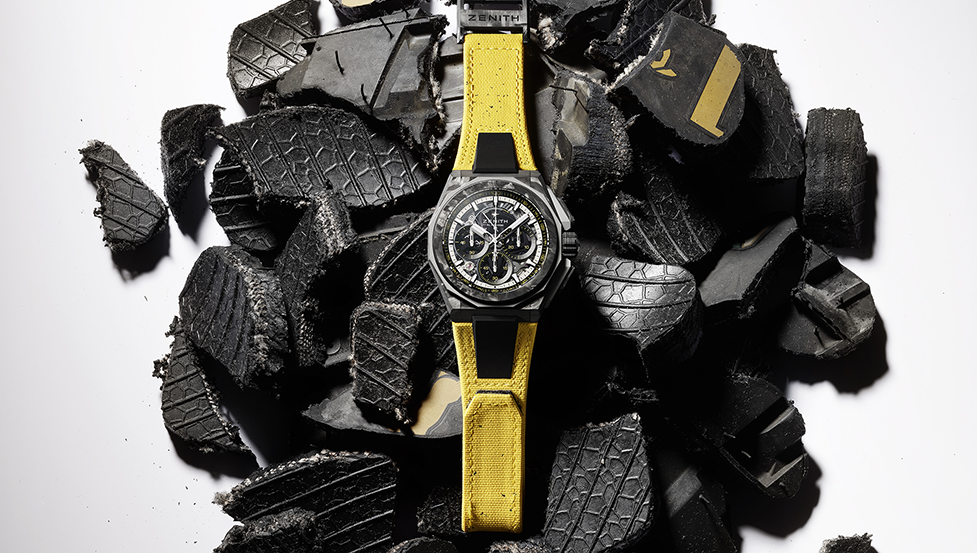 As Extreme E is gearing up for its second season, Zenith is unveiling the first in a series of special editions of the DEFY Extreme Carbon, incorporating recycled elements from the electric rally championship. The highly exclusive series will feature a limited edition for each of this season’s races, beginning with the Desert X Prix in the emerging futuristic city of NEOM. Located in north-western Saudi Arabia, NEOM is being built on a unique terrain alongside the Red Sea coast that boasts vast sand dunes as well as mountainous areas that have remained largely undeveloped and uninhabited, setting the stage for the perfect showdown in a raw and extreme environment like no other.

It’s time to warm up the electric motors. After a successful inaugural first season with Extreme E as its Founding Partner and Official Timekeeper, Zenith is getting even more involved with the world’s first electric rally championship in what’s shaping up to be a spectacular second season with more teams, new destinations and more environmental action. To commemorate each of the 5 Extreme E races this year – beginning with the Desert X Prix in Neom, Saudi Arabia – Zenith is creating 5 special and highly exclusive editions of the boldly rugged DEFY Extreme 1/100th of a second chronograph inspired by each of the vastly different X Prix off-road circuits.

A Study of the Watch Auction Market in 2022