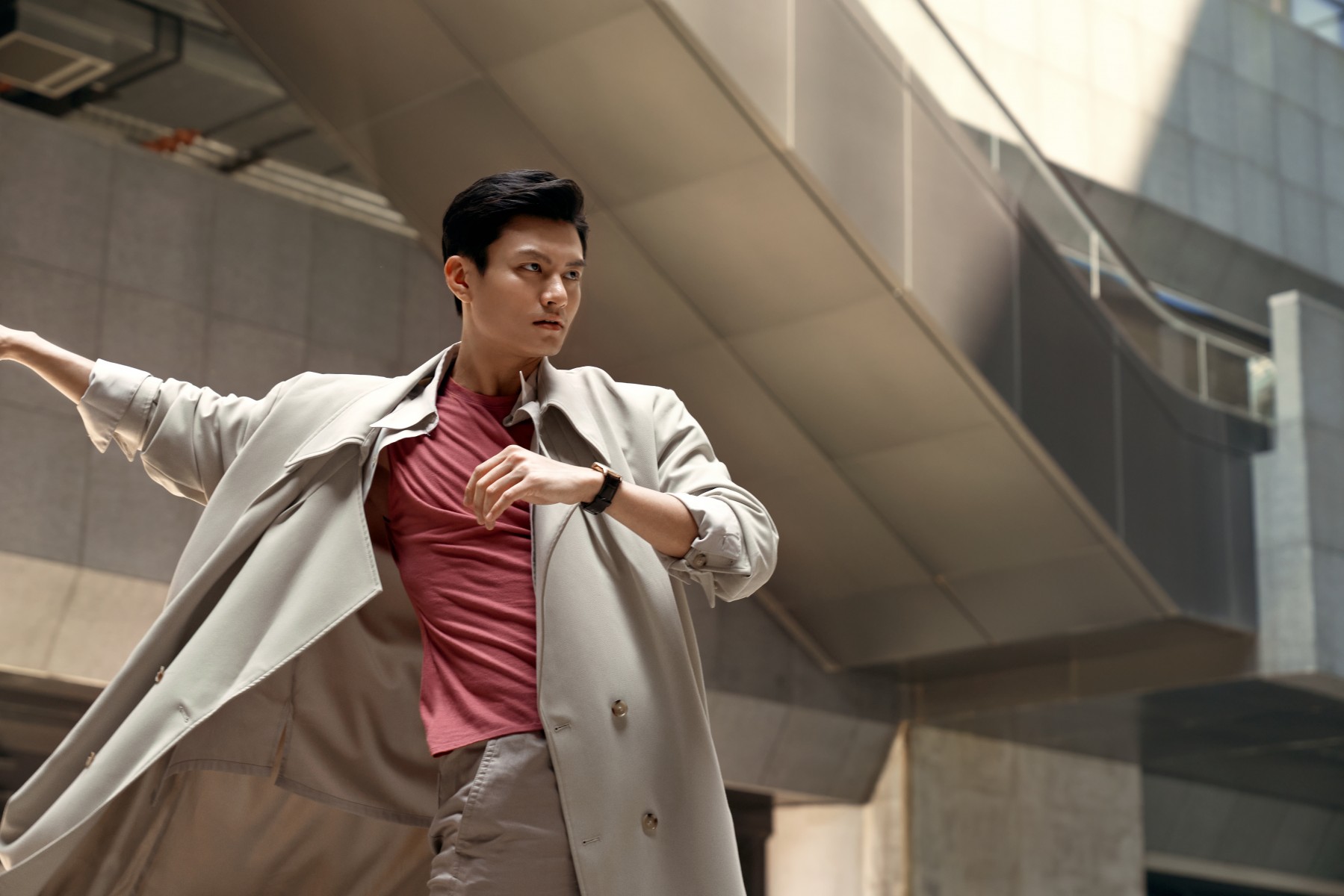 Vacheron Constantin is delighted to congratulate CHAN Chun Wai (陈镇威) on his appointment as Principal Dancer at New York City Ballet, while saluting his brilliance and striking perseverance as a ballet dancer. A talent of the Maison’s campaign, CHAN is on a constant quest for dance performance perfection, a means of elevating the art of ballet itself and a driving force commensurate with Vacheron Constantin’s uncompromising commitment to peerless Haute Horlogerie.

On 3 November last year, Vacheron Constantin welcomed CHAN Chun Wai (陈镇威) as the first-ever Chinese talent to join its campaign. By embodying the stylistic purity of classic lines and curves to modern approaches, CHAN personifies the Patrimony and Traditionnelle collections, featuring a supremely elegant blend of magnificent details incorporated into the arts of watchmaking and ballet.

Throughout New York City Ballet’s 2021-22 Repertory Season, his first with the Company and as a Soloist, CHAN performed numerous leading roles in ballets by NYCB founding choreographers George Balanchine and Jerome Robbins, as well as works by Andrea Miller, NYCB Resident Choreographer Justin Peck, and Christopher Wheeldon. CHAN made his final debut of the season in the role of Titania’s Cavalier in George Balanchine’s beloved full-length classic, A Midsummer Night’s Dream, which closed out NYCB’s 2022 Spring Season with ten performances from 21 to 29 May 2022 at the David H. Koch Theater, Lincoln Center.

In the same month, New York City Ballet announced the promotion of CHAN to Principal Dancer. CHAN is the first Chinese and one of only four Asian dancers to ever achieve this ranking in the history of the New York City Ballet. Delighted with this encouraging news, Vacheron Constantin wishes to express its warmest appreciation for CHAN’s unremitting commitment to furthering the art of ballet.

On 22 September 2022, CHAN accomplished the first debut of 2022-23 Fall Season in Piano Pieces, a Russian romantic ballet choreographed by Jerome Robbins, in which he was paired with Sara Mearns for an impressive performance. He is scheduled to debut in George Balanchine’s Symphony in C, Justin Peck’s Everywhere We Go, and will originate a featured role in a new ballet by choreographer Gianna Reisen.

“I hope my experience will be of inspiration to the new generations of young dancers, encouraging them to continue the quest for excellence, and keep challenging themselves on a wider international stage. By passing on the spirit, skills and passion, I believe more brilliant Chinese dancers will in future be accepted, embraced and applauded on the worldwide stage of ballet,” says CHAN.

Vacheron Constantin, which has pursued its role in the field of Haute Horlogerie without interruption since 1755, has continuously reinvented itself in the realms of technical excellence and aesthetic refinement. The One of Not Many campaign presented in 2018 showcases talents whose personalities and works express the constant quest for excellence, openness to the world and spirit of innovation characterising the Maison. As an enthusiastic dancer, CHAN is renowned for his solid, concise and elegant performances. His philosophy is illustrated in his dedication to ballet, striking a natural chord with the values dear to Vacheron Constantin. “A perfect movement comes from technique as much as from absolute dedication,” he says. CHAN’s devotion to perfection in his choreography equally embodies the Vacheron Constantin motto “Do better if possible, and that is always possible.”

As the new Fall season has just opened, filled with variables and challenges, CHAN looks forward to embarking on his journey within the sanctuary of international ballet.

Vacheron Constantin salutes CHAN Chun Wai (陈镇威) on his appointment as Principal Dancer at New York City Ballet. is uplifting news is underscored by the fact that he is the first Chinese and one of only four Asian dancers in the history of New York City Ballet to be appointed to this prestigious position. As a youthful prodigy in the world of the art of ballet, CHAN has expressed his dedication and commitment through every movement he has made, embodying the essence of the Vacheron Constantin campaign.

New York City Ballet, established in 1948, is one of the foremost dance companies in the world, with an unparalleled active repertory of more than 150 works—most of them created for NYCB—many of which are considered modern masterpieces. In 1964, NYCB moved to its current home at Lincoln Center’s David H. Koch eater, where it grew into one of the world’s great dance companies. NYCB continues to be inspired by its founders who envisioned an authentically American expression of ballet with a company that reflects the rich cultural diversity of our city and nation. Today, the Company has over 100 dancers, a 62-member orchestra, an official school (the School of American Ballet), an institute for choreography (the New York Choreographic Institute), and an annual 21-week season in New York. NYCB remains dedicated to its primary objectives: to preserve the ballets, dance aesthetic, and standards of excellence created and established by its founders; to develop new work that draws on the talents of contemporary choreographers and composers and speaks to the time in which it is made; and to make ballet accessible to the widest possible public through touring, education programs, the creative use of media, and other outreach efforts.