The Curious Case of the Patek Philippe Golden Ellipse Lighter 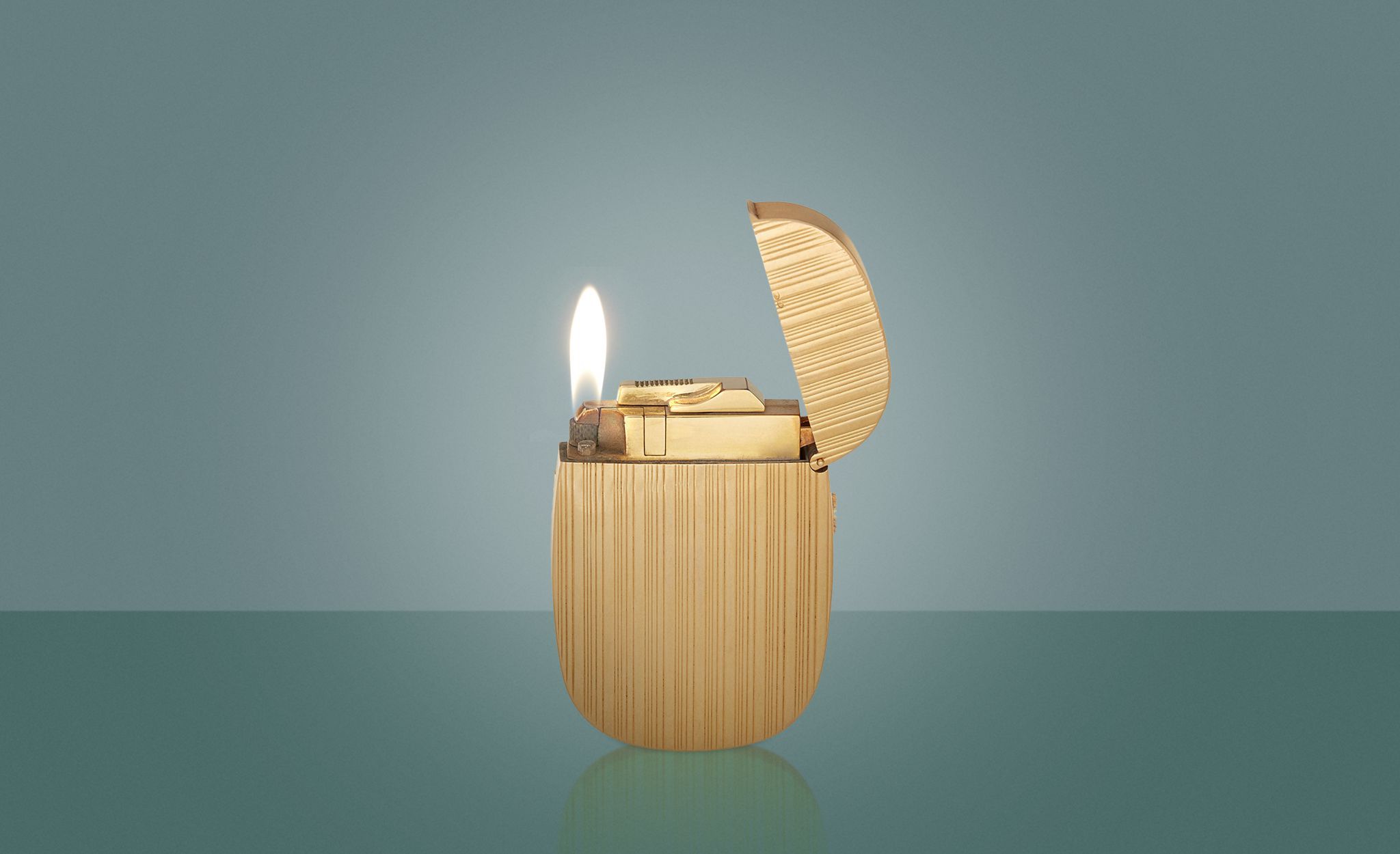 “The brand actively extended its product line in the late 1970s and early 1980s into non-watch items. For men, cufflinks, tie-clips, rings, keychains, and lighters were the Patek Philippe objects of choice. In the midst of the quartz revolution, Patek Philippe brought in-house some of the greatest craftspeople of the era, and there were only so many watches that the company could produce, but the jewellery offered a diverse canvas for these engravers, jewellers and enamellers to showcase their craft and artistry.

According to Reardon, the lighter, with its large form factor and relatively blank canvas, was the perfect object for artistic expression. Patek Philippe ran with these attributes, creating a wide range of styles. The Golden Ellipse lighters, which were literally solid gold ovals, were offered in a yellow and white gold, with hand-finished decorations – chevrons, stripes, or a pattern the brand called ‘Ocean’. In addition, they offered enamelled versions as well, with a barleycorn motif visible behind red, blue, or green enamel. And, of course, Patek Philippe being who they are, monograms or motifs were customisation offerings. It’s because of this we have several known examples of Ellipse lighters bearing the Omani flag in enamel, such as this example on offer from Christie’s.