They are the arms that reach out and hold a watch together. An integral part of a timepiece’s construction, their function often dictates their form. Yet they can be so easily overlooked, when we consider a new release, or flick through auction catalogues.

Just as it can be with boxes, or date discs, the lugs or shoulders of a watch play a massive role in the overall feel, fit and look, but can often be overshadowed by dial and movement discussions. That’s why we wanted to gather some opinions from around the watch community, and highlight some favourite lugs that we can all appreciate.

The Mercator from Vacheron Constantin not only had a singular way of displaying the time, but also a highly stylised set of lugs.

Whether it be the earliest Calatravas favoured by John Nagayama, or the faceted angles of lesser-known Leonidas models picked by Jaś Rewkiewicz, the eclectic range our collectors talk about, only goes to highlight just how diverse the world of lugs is. It’s not as black and white as integrated, or not. With highly stylised selections from H. Vu, @whentimeisnow, Matt Hanson and Sang-Moon Lee, showing us the creative talent of designers and craftsmen alike.

As one of the few areas that a casemaker can show real flair, far simpler designs seem to permeate the industry, focusing in on some of the more vivacious examples might give you a new perspective on your current collection. Possibly wishing you had something with more imaginative lug design to hand. Read on with caution.

Vu is a young collector who has firmly established a foothold in the Cartier collecting community, thanks to his incredible passion for the creations of the Parisian “jeweller of kings and king of jewellers”. With much of his time spent researching some of Cartier’s most unusual pieces, it should come as no surprise that his selection is punctuated with more blue sapphire cabochons than nearly any other watch. A rare, and hardly seen Tank Obus Savonnette. 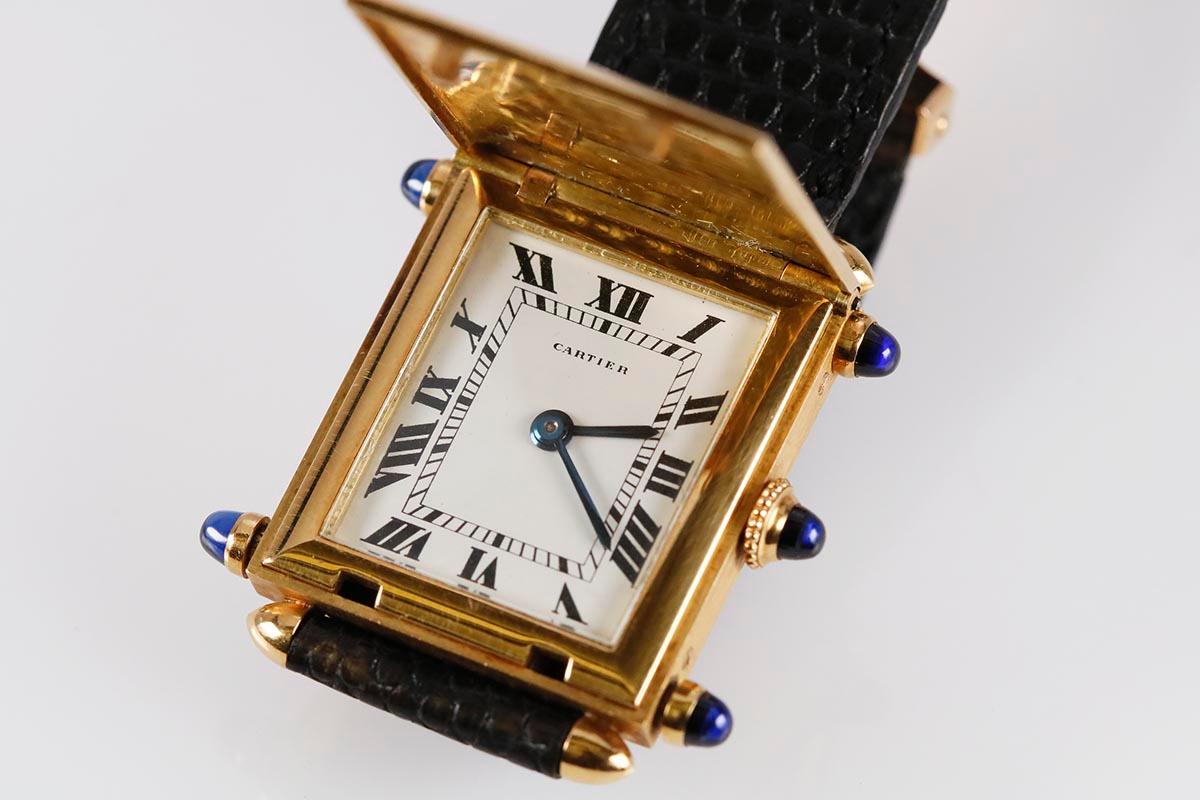 A practical watch from Cartier that comes with the embelishments one would expect from them, courtesy of Matthew Bain.

“The iconic Cartier Tank Obus needs no lengthy introduction. In my humble opinion, it features one of the most iconic lug designs from Cartier in the 20th Century. We all recognize one when we see it, simply by looking at the four bullet-shaped lugs protruding from the case. There was one particular variation of the watch made in the 1930s that not many are aware of, the Tank Obus Savonnette. 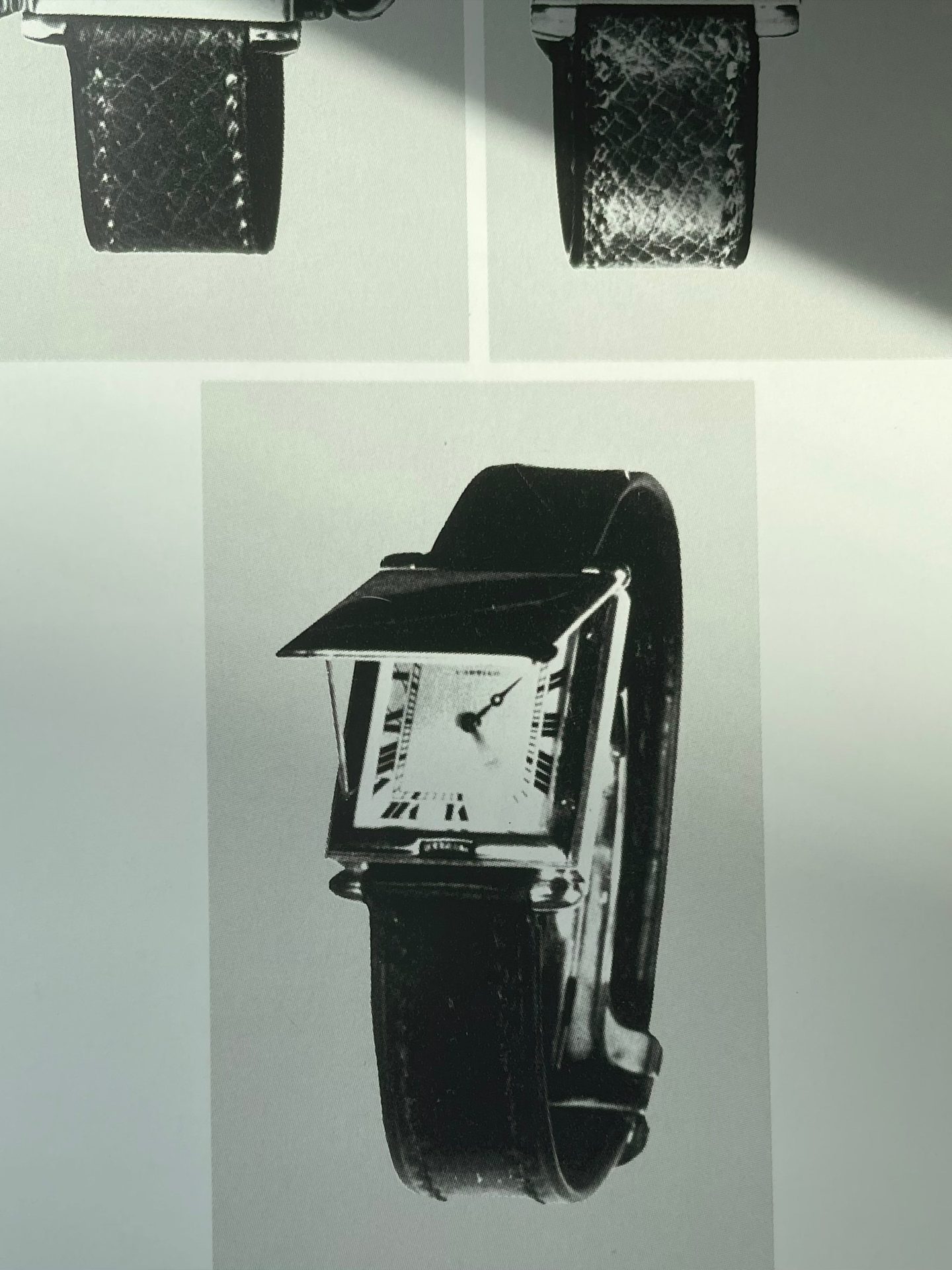 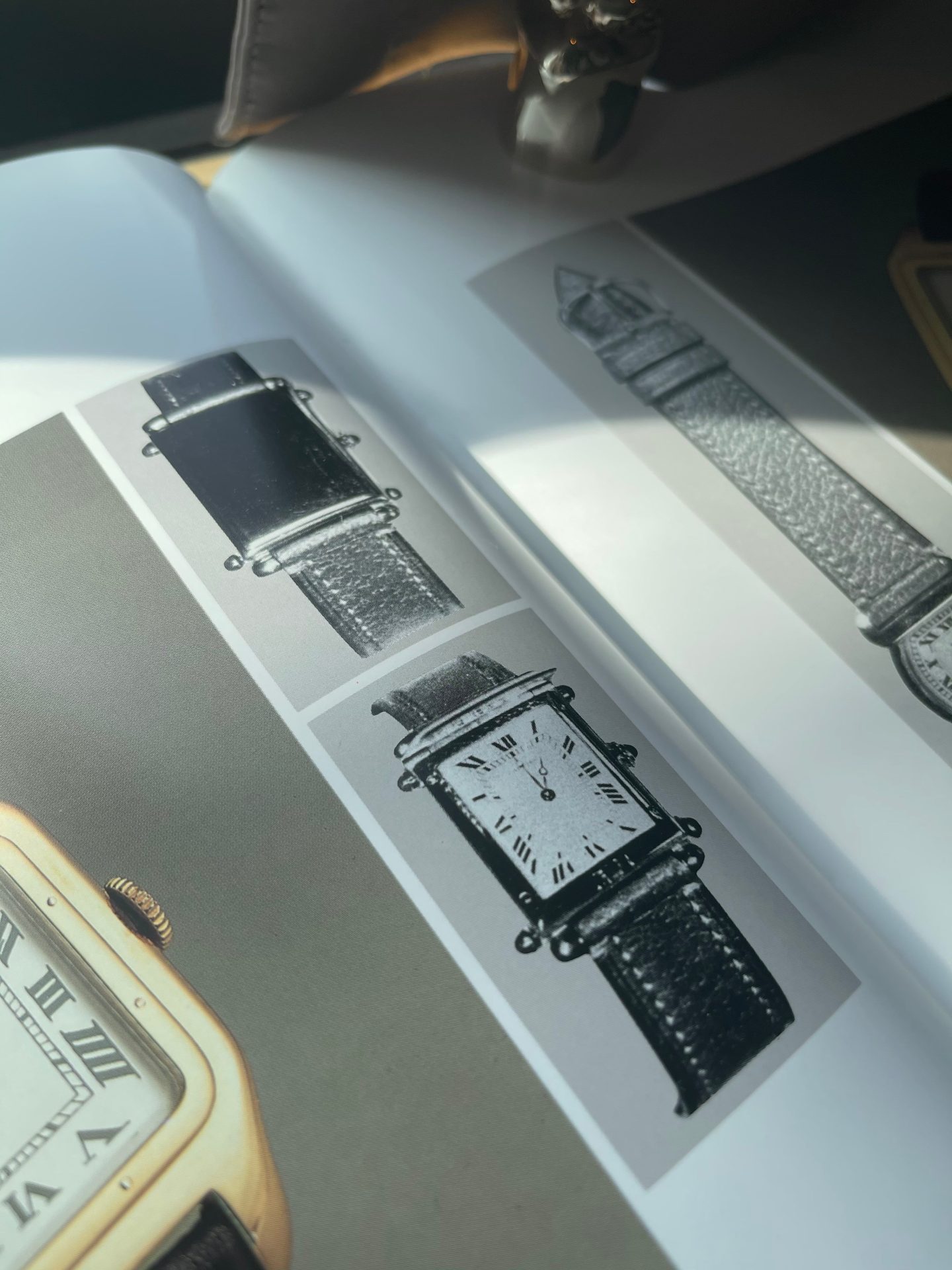 “The Savonnette wristwatch was originally designed especially for polo players back in 1929 when Cartier thought that it was necessary that the dial needed to be protected from scratches and glass damage with a liftable gold cover while in action. This actually makes the Savonnette one of the first pieces designed by La Maison that features an interactive case, predating even the Cabriolet/Basculante models. Currently, there are only two examples of the Tank Obus Savonnette known to exist. The pair each feature 5 mounts for 5 cabochon sapphires. Two of them act as stylish hinge protectors at each top corner, two are false protectors at the bottom corners to keep the watch proportional, while one is uniquely placed on the main crown. All of this, combined with the four lugs poking out of the watch and a gold face cover makes it, in my opinion, one of the strangest, most extravagant and certainly the spikiest wristwatch made by Cartier in the 20th century.”

With a rather impressive eye for special independent pieces and neo-vintage classics in the making, @whentimeisnow displays this good taste through his eclectic social media presence. A long-standing collector, he’s spent much of his time researching and enjoying pieces, from Patek Philippe all the way to Daniel Roth. Given his partiality to artisanal-made timepieces, his choice of bullet lugs from the earliest days of De Bethune makes perfect sense. 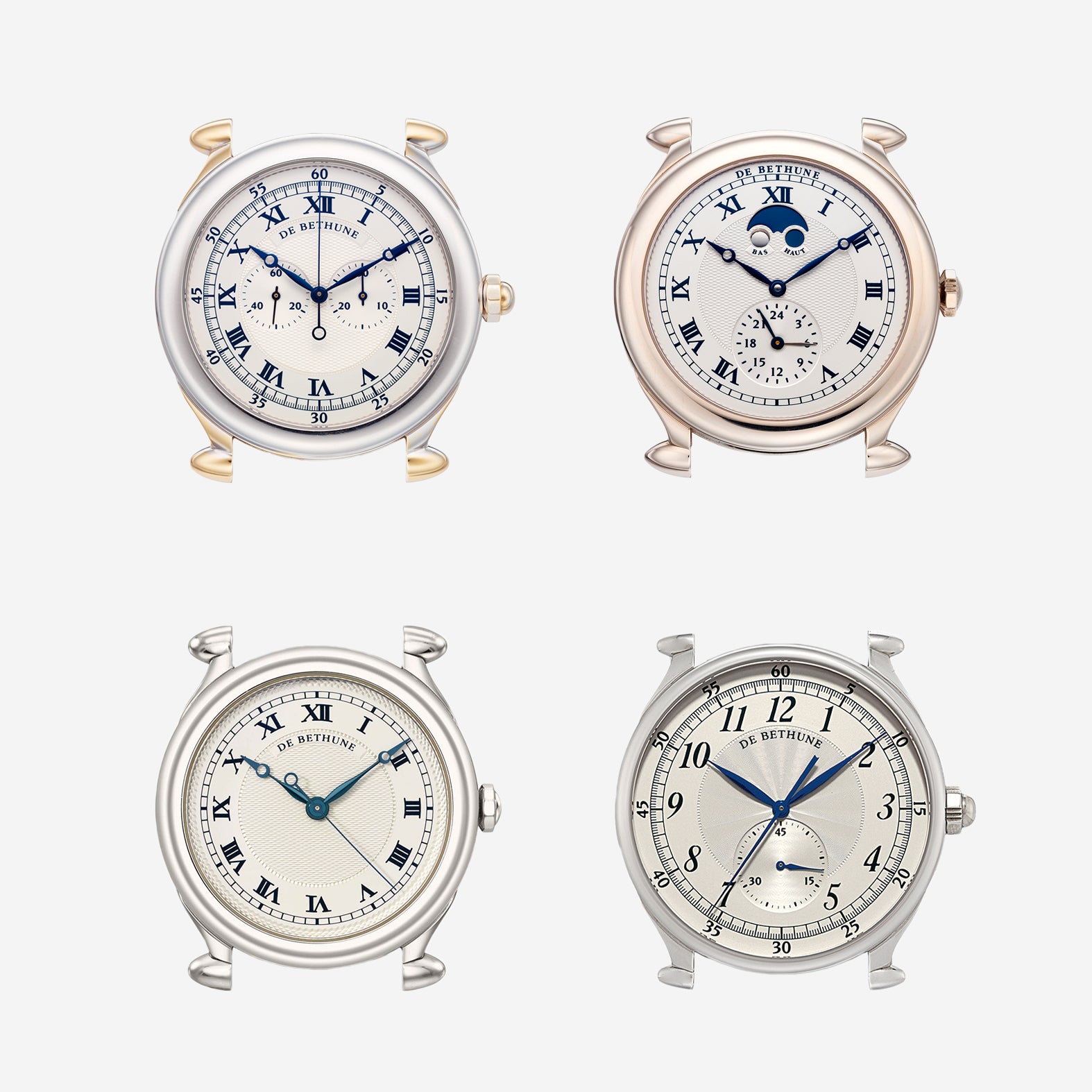 A selection of early De Bethune pieces with their sculpted bullet lugs, courtesy of Christie’s.

“At a glance, early De Bethunes are unmistakably classical in design. Nothing particularly unique except for the idiosyncratically designed bullet lugs. Though when I first saw one, it was strangely beguiling. I imagine the original bullet lugs were designed from the perspective of someone growing up in the 70’s and how he imagined the future to look like. Retro-futurist should be the term.

“As the brand has matured – the dial design, case and movement complications have taken over and the bullet lugs have become largely vestigial. Either skeletonized or in some cases brand evolution has eliminated them altogether. 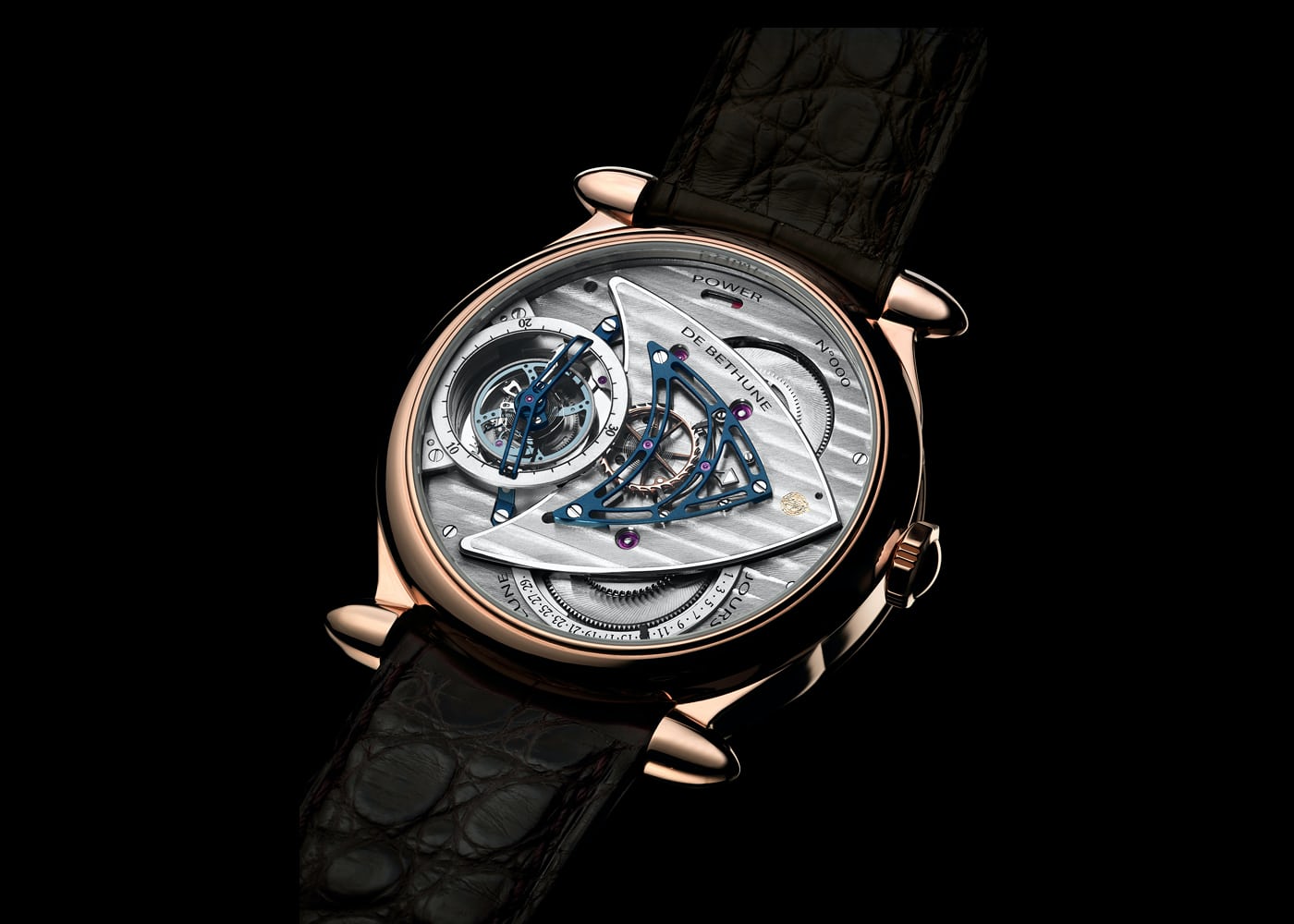 The caseback of a De Bethune DB16, courtesy of Hodinkee.

“I particularly enjoy the full and pronounced bullet lugs of early De Bethunes as it represents the beginning of an icon of futuristic design in the world of independent watchmaking.”

A creative director with a trained aesthetic eye, Jaś Rewkiewicz’s approach to this topic was almost guaranteed to be concentrated around visual elements, rather than the practical functionality of lugs. With a rather esoteric choice, Rewkiewicz regales us with the photogenic qualities of slanted, angled or faceted lugs. 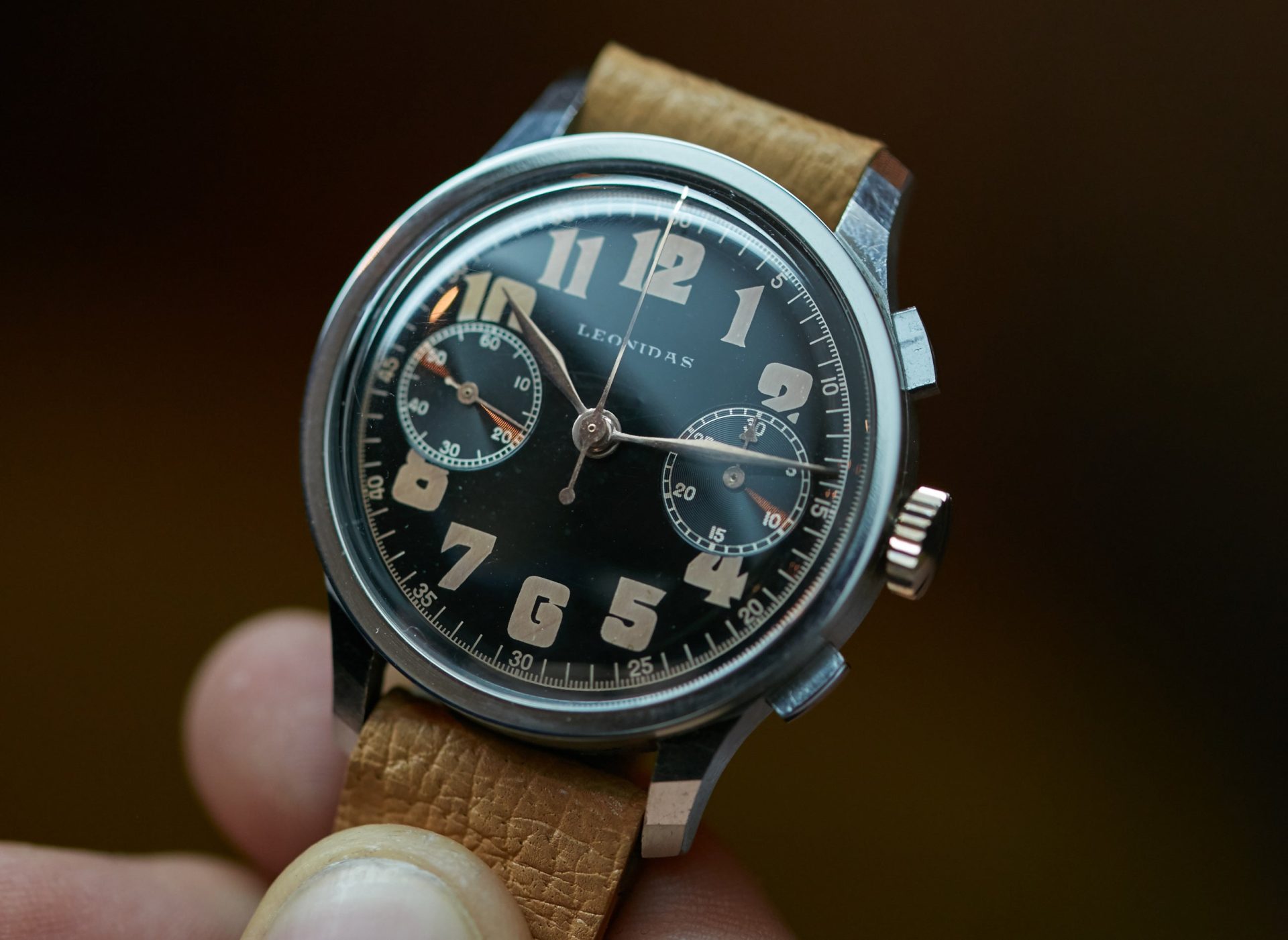 The angled lugs of an incredibly functional tool watch.

“Watch lugs are a peculiar topic as it’s a fundamental part of a wristwatch that’s often overlooked. The function of lugs is to connect the case to the strap, and most of the time, they are designed to seamlessly put emphasis on other parts of the watch. But on the few occasions when they are given a bit more personality, things start to get interesting…

“They come in all shapes and sizes: cornes de vache, teardrop, bombé, officer, and 50 shades of “fancy lugs”, but I really have a thing for slanted lugs, especially on 1940s chronographs. Whenever it’s the sharpness of a Spillman case or the multi-faceted lugs from that rare Leonidas sold by Christie’s back in 2019, I just can’t get enough angles! 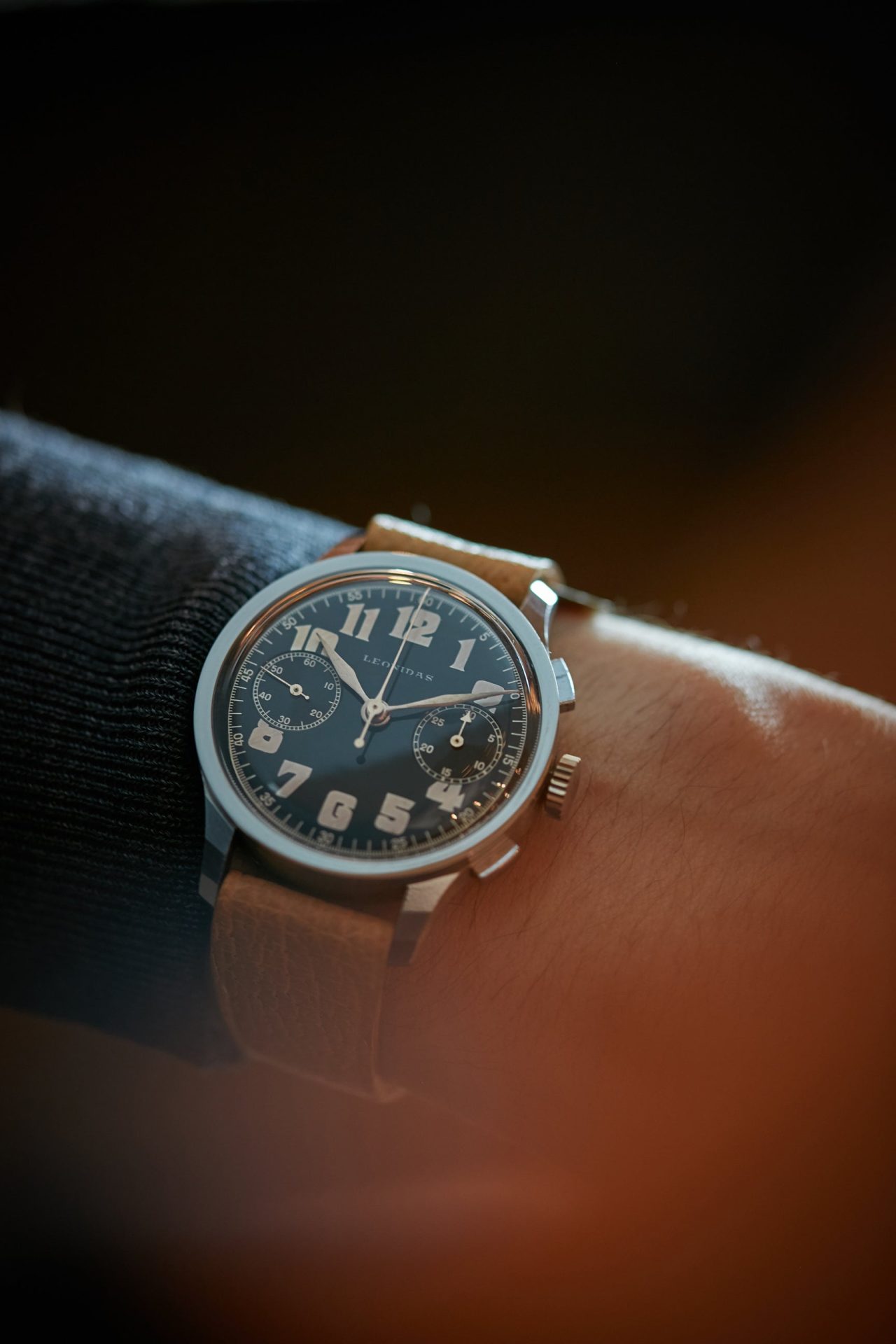 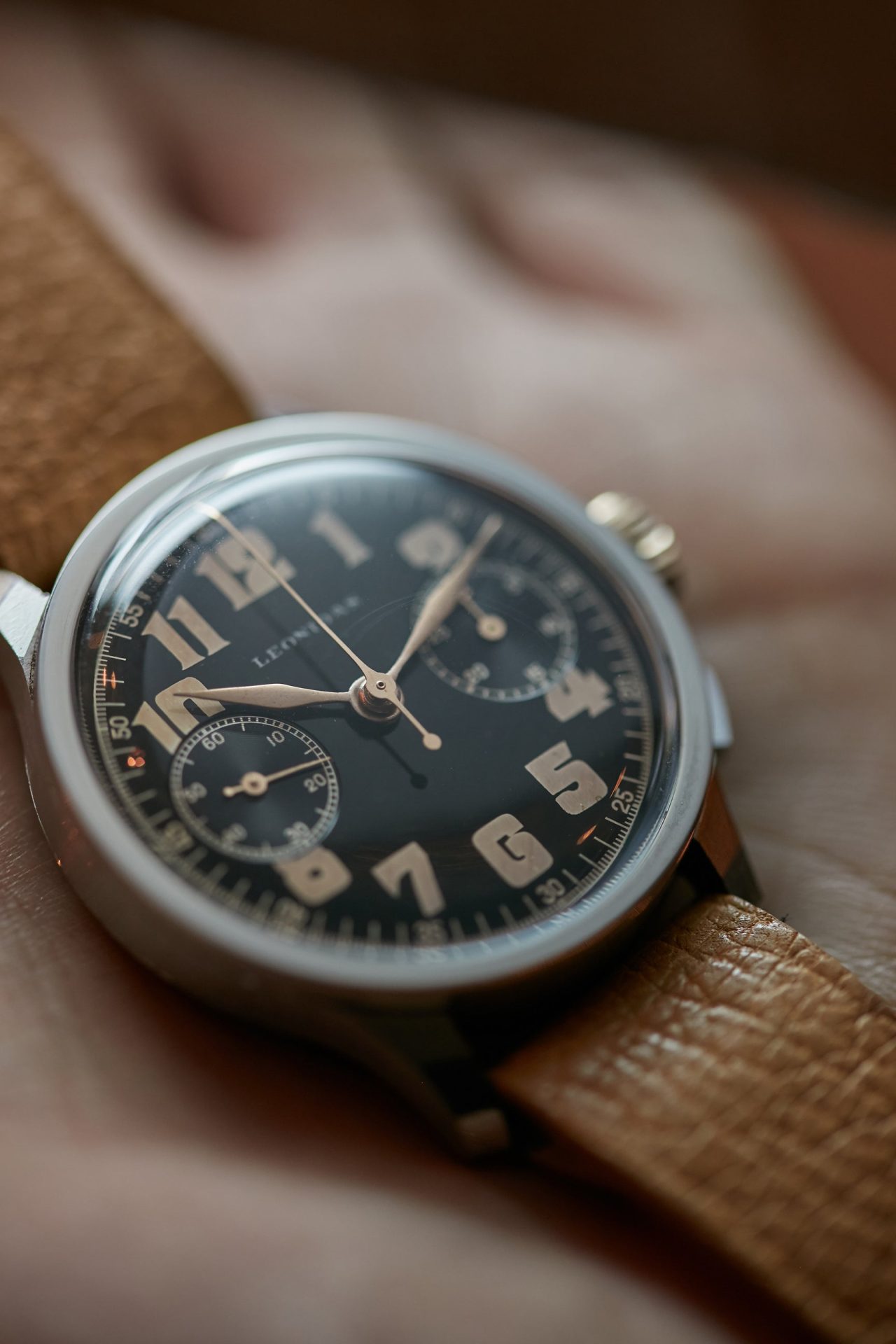 A chronograph not often talked about.

“As a creative by trade, I appreciate the brutalist quality of slanted lugs. Like in architecture, they follow a minimal design focussing on bare blocky structure over decoration. The straight lines contrast with the round shape of a watch face creating a tension that turns this functional part of a watch into a visual statement. Photography is a big part of my collection appreciation process and angular geometry plays with light and shadows beautifully giving additional layers of depth and drama to a watch.

“Perhaps it’s my design-wired, photo-junkie, Swiss-trained brain talking, but I believe slanted lugs just have more oomph and I hope they make a comeback. As Frank Sinatra said: “Cock your hat – angles are attitudes.””

An expert in vintage Patek Philippe, John Nagayama has been collecting watches since the 80’s. Today, he is one of the most well-respected authorities when it comes to the Genevan watchmaker, having handled some of the more important and rare pieces over the years. The first Patek Philippe he bought was a yellow gold ref. 96 Calatrava, which makes his choice of favourite lug all the more poignant, a rare variant of the famous dress watch, with blazed lugs. 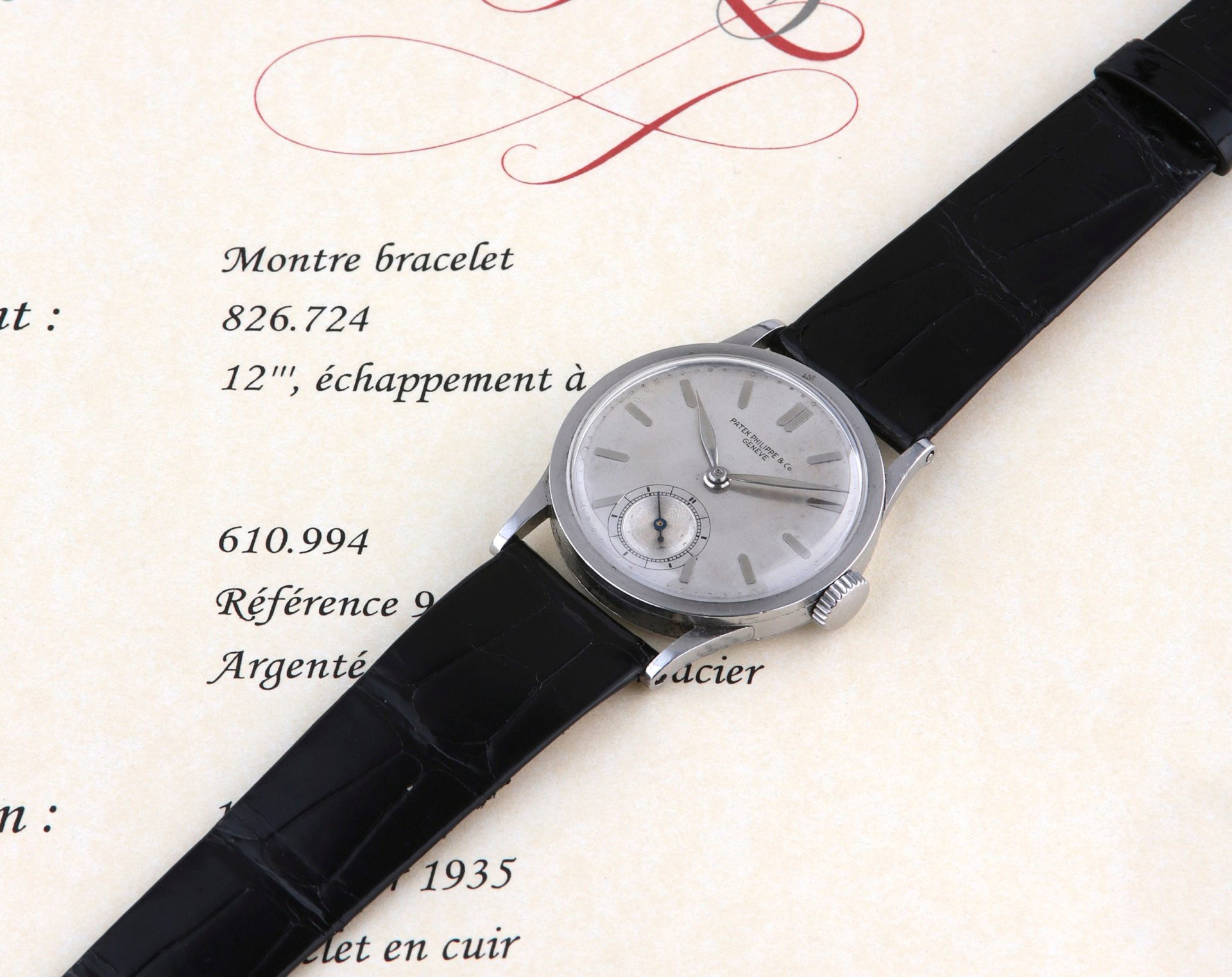 A Patek Philippe Calatrava ref. 96 sold in 1935 with the hardly seen blazed lugs, courtesy of Antiquorum.

“Before 1935, the case makers could not make a whole Calatrava case. They made (a) middle round case shape and (b) four lugs, putting them together by blazing to make whole case. This watch is one of those cases. Ref. 96 steel with sector dial made in 1933 and sold on June 11th. 1934. 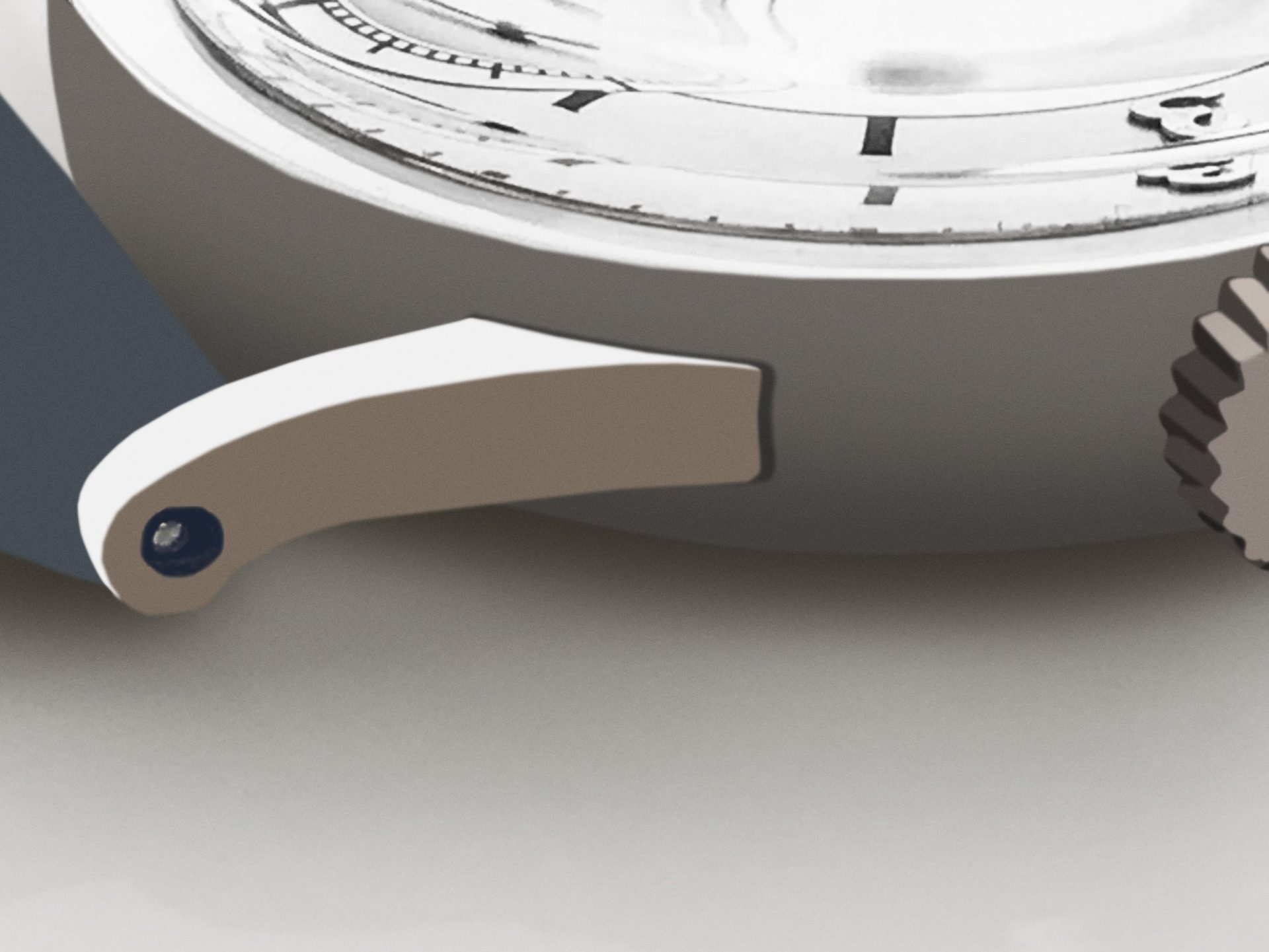 A graphic representation of the blazed lug attached to a Patek Philippe ref. 96, based off an original image supplied by John Nagayama.

“After around the mid 30’s they finally managed to make whole Calatrava case without doing this procedure. So the steel 96 with blazed lugs are seen in a few years only.”

A dedicated collector and dealer of vintage Longines – as his Instagram handle would suggest – Matt Hanson has forged his niche in the watch world through the study of this often-underappreciated brand. For his favourite lugs, Hanson dug up a piece with a case produced by a well-renowned casemaker, who also produced a number of the ref. 1518 cases for Patek Philippe. 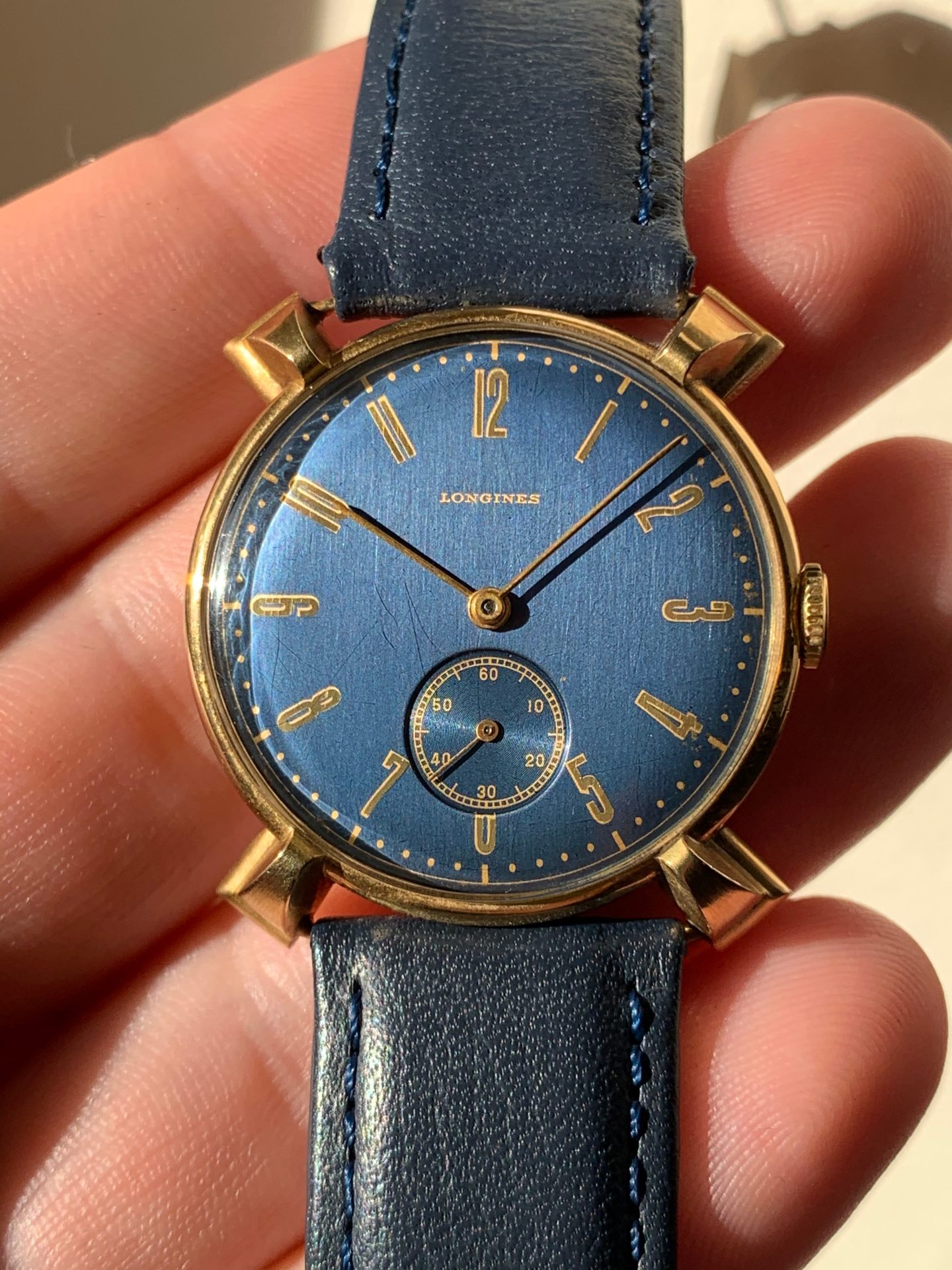 The sculpted lugs of a possibly unique vintage Longines, courtesy of Matt Hanson.

“Watch cases can be produced for function or form.  When you first look at this watch, you might not appreciate the sheer amount of effort that has gone into its design.

“The first thing you might notice is the dial, and with this watch it would be easy to forget the rest, it’s special. When you really take time to study it, the next thing that strikes you are the unusual lugs. They are truly the work of a highly skilled artist. The more you take notice and the closer you look, the more detail and the more quality you recognise. I don’t know how you would even begin to dream up this as a viable concept. Not just anyone could create this, not everyone can appreciate it, and that’s what sets it apart. 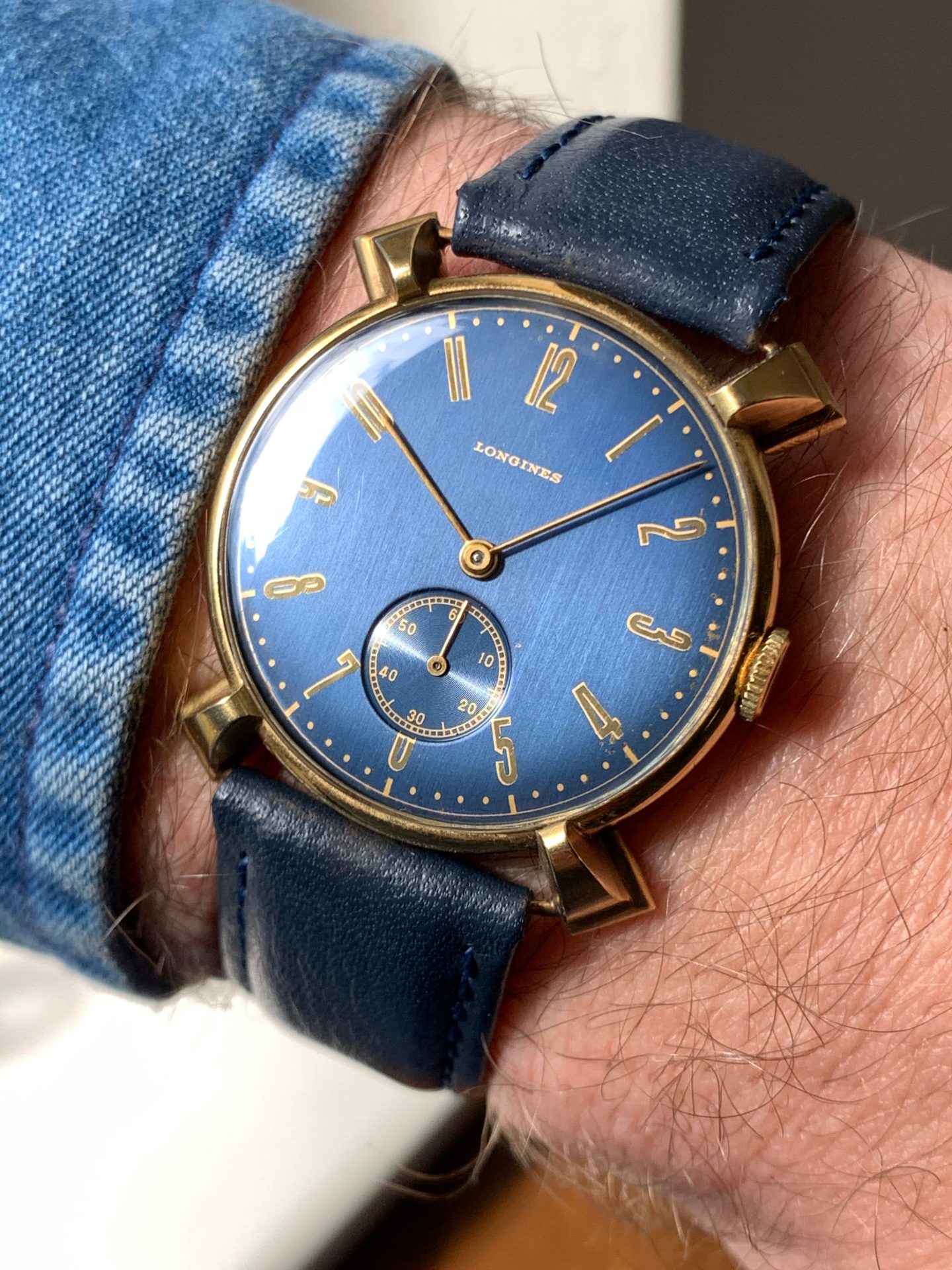 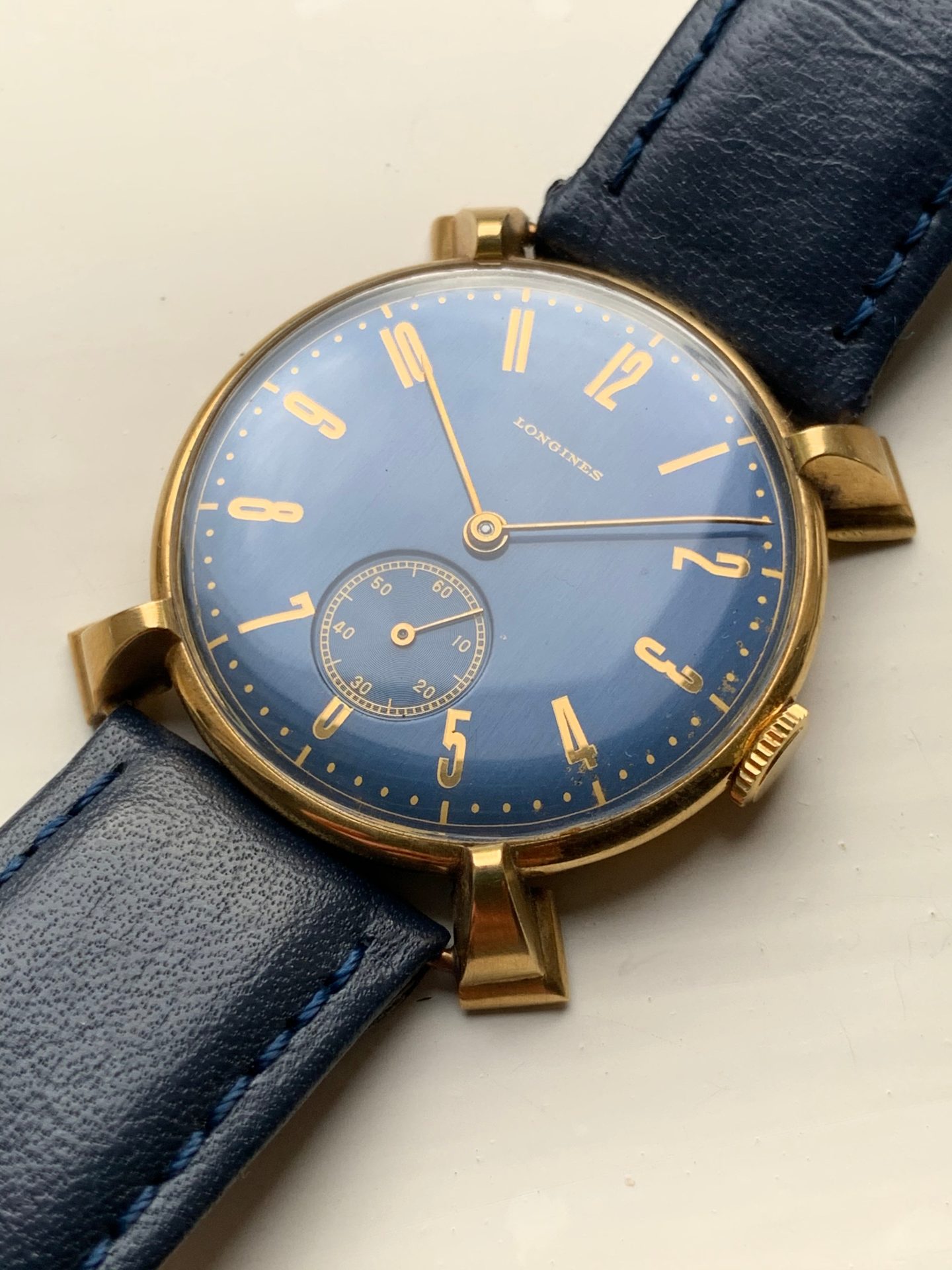 An expressive design from a brand with a history richer than most, courtesy of Matt Hanson.

“When you see the level of detail and craftsmanship, the care that’s gone into sculpting this idea of perfection. Every line, curve and angle is intentional. It’s really amazing how much detail and focus can be placed on something that can also be so inane.”

The South Korean collector has forged a path in the neo-vintage and modern watch scene. Becoming somewhat of an authority on timepieces in his market, he has become the person many turn to in order to discover what’s worth their time, attention and money. With an appreciation for a broad array of pieces – from the Audemars Piguet Star Wheel to Richard Mille – his choice was unsurprisingly thoughtful. 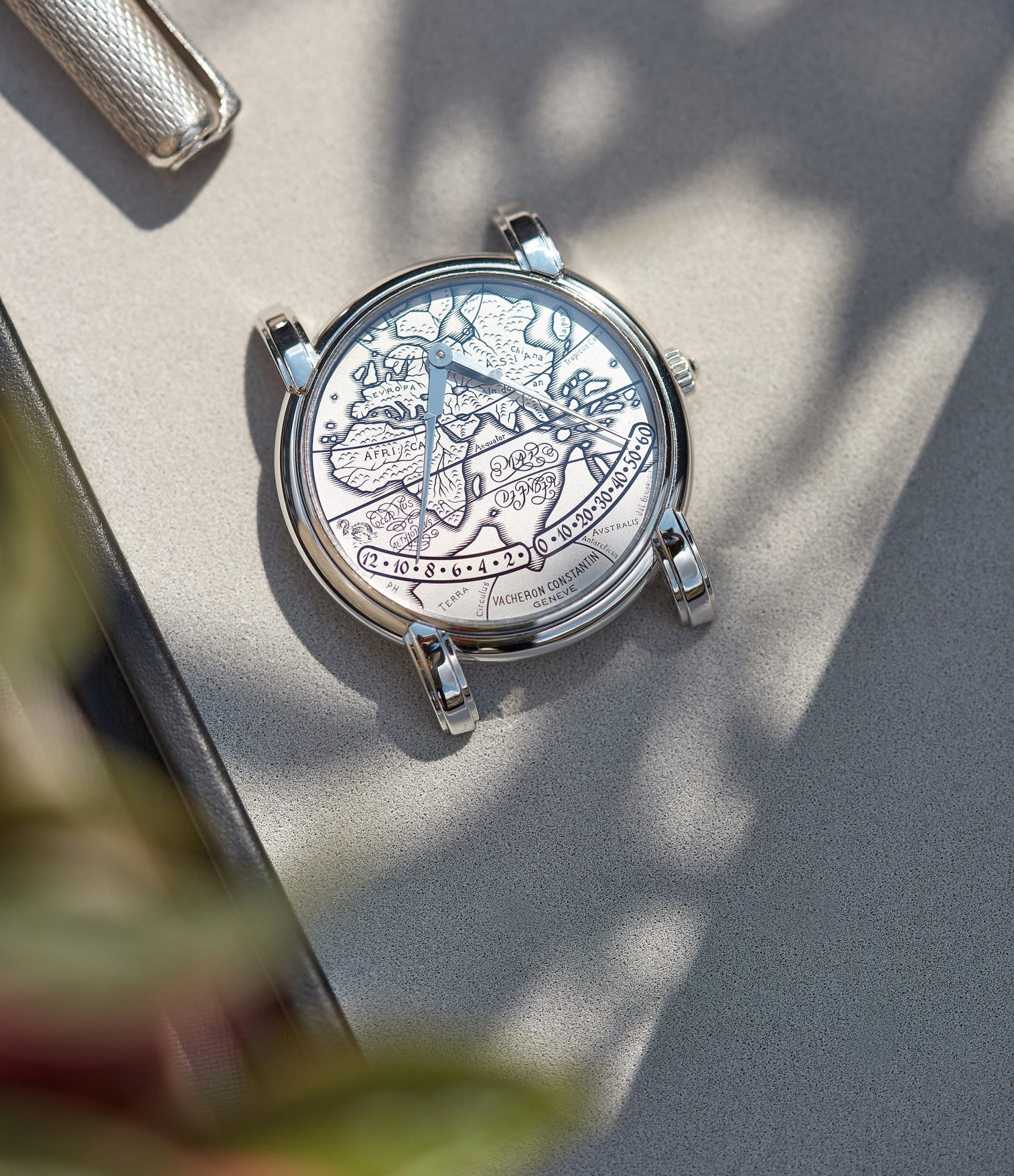 The stepped and curved lugs are a hidden gem on this idiosyncratic timepiece.

“I usually focus on the functional features of lugs, but some models completely take my attention for its design. The most interesting lug is from Vacheron Constantin Mercator. Mercator’s lugs are bold, stepped, and straight. These features can be seen in Vacheron Constantin’s 1950s Chronometer Royal, but Mercator’s lugs are far more elegant and dramatic, forming a perfect synergy with the world map dial on compass-like hands. It reminds me of an easel mounting an artwork – a masterpiece of the world map and compass mounted on the lugs for display on my wrist, which also happens to show you what time it is.”

We would like to thank H. Vu, @whentimeisnow, Jaś Rewkiewicz, John Nagayama, Matt Hanson and Sang-Moon Lee for sharing these wonderfully unique timepieces with us and their unusual lugs.