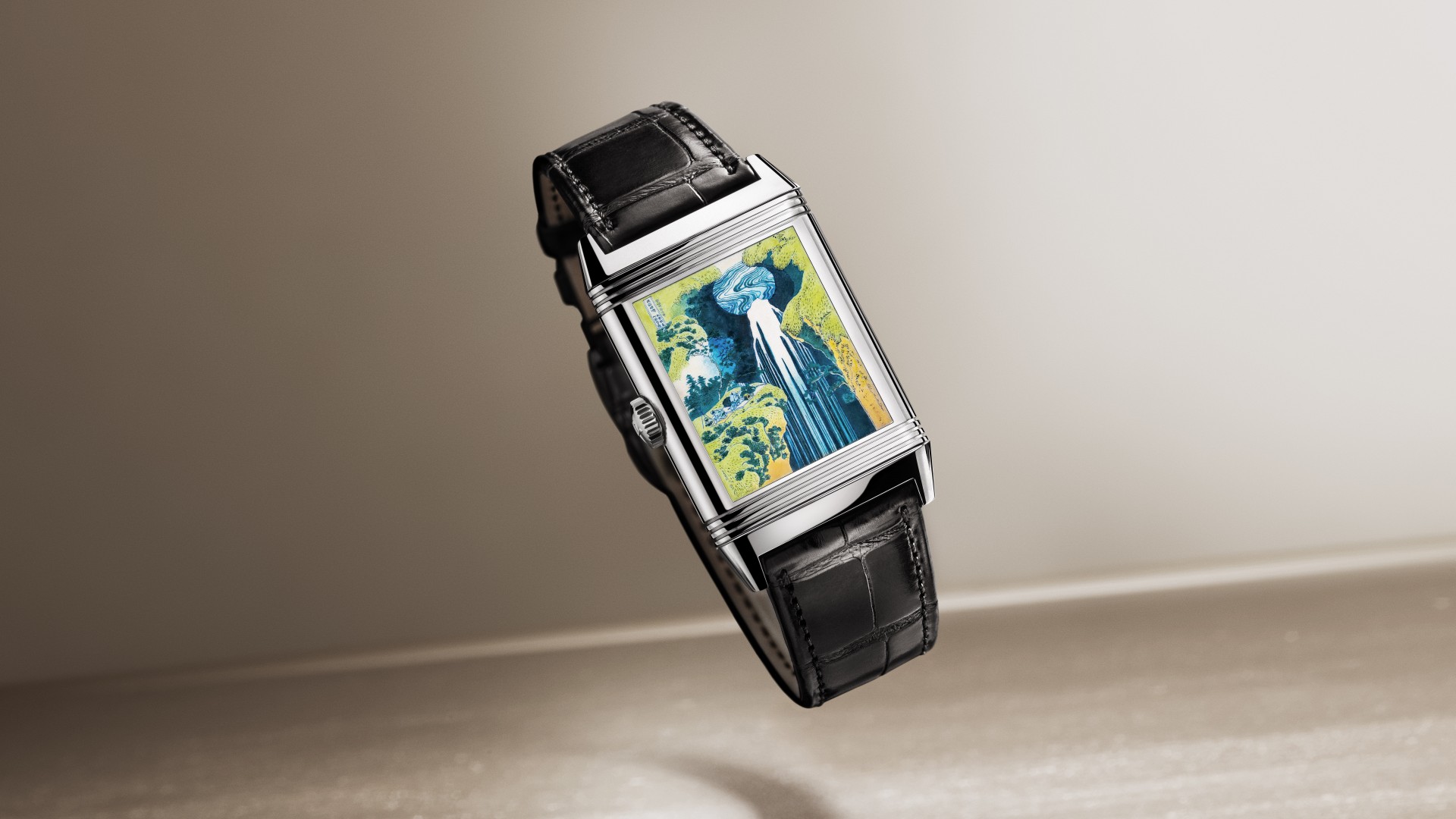 · Showcasing the expertise of the Manufacture’s Métiers Rares® atelier in the crafts of guillochage, miniature painting and Grand Feu enamelling

· A limited edition of 10 pieces, initially offered only in Japan

In its latest homage to Asian art, Jaeger-LeCoultre introduces the Reverso Tribute Enamel Hokusai ‘Amida Falls’, honouring the work of the 19th-century Japanese master, Katsushika Hokusai. The case-back of the new timepiece is decorated with a hand- enamelled miniature reproduction of The Amida Falls in the Far Reaches of the Kisokaidō Road (Kisoji no oku Amida-ga-taki), the best-known work from A Tour of Waterfalls in Various Provinces (Shokoku taki meguri), a series of eight woodblock prints created by the artist in 1833–34.

For almost two millennia, a two-way cultural exchange between Asia and Europe has had a profound influence on every art form of both East and West – and the new Reverso continues the dialogue between Eastern and Western artistic traditions that La Grande Maison has embraced throughout its history. Complementing the exquisite tribute to the Asian art form of woodblock printing on the case-back, the dial is anchored in the Western craft traditions of guillochage and Grand Feu enamel.

In the 19th century, Hokusai was among a handful of Japanese artists who elevated the ancient practice of woodblock printing from popular, “low” art to high art form, thanks to his innovations in subject matter, colour and composition. His ‘Waterfalls’ series – produced when he was in his seventies – is considered by many art historians to be among the finest landscapes ever produced. The best known of the series, ‘Amida Falls’ epitomises the artist’s fascination with the power of cascading water and monumental land forms, which dwarf the human figures enjoying a picnic nearby.