Zimoun employs simple raw materials and repurposed industrial components, including the small DC motors, thin wires, MDF panels, and metal discs that compose the watches of Jaeger-LeCoultre – and, in doing so, redefines traditional ideas of sculpture, movement and sound, drawing the audience into an almost transcendent world of sensory experience.

The Sounds of New York by Questlove

Questlove is the unmistakable heartbeat of Philadelphia’s most influential hip-hop group. He is the Musical Director for The Tonight Show Starring Jimmy Fallon, where his beloved Roots crew serves as house band. Beyond that, this 5-time GRAMMY Award winning musician’s indisputable reputation has landed him musical directing positions with everyone from D’Angelo to Eminem to Jay-Z.

“The Sounds of New York by Questlove brought to you by Jaeger-LeCoultre” will be featured on Spotify and will be available for streaming via the below QR code. 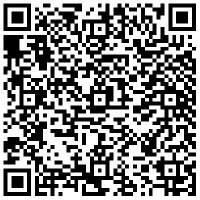