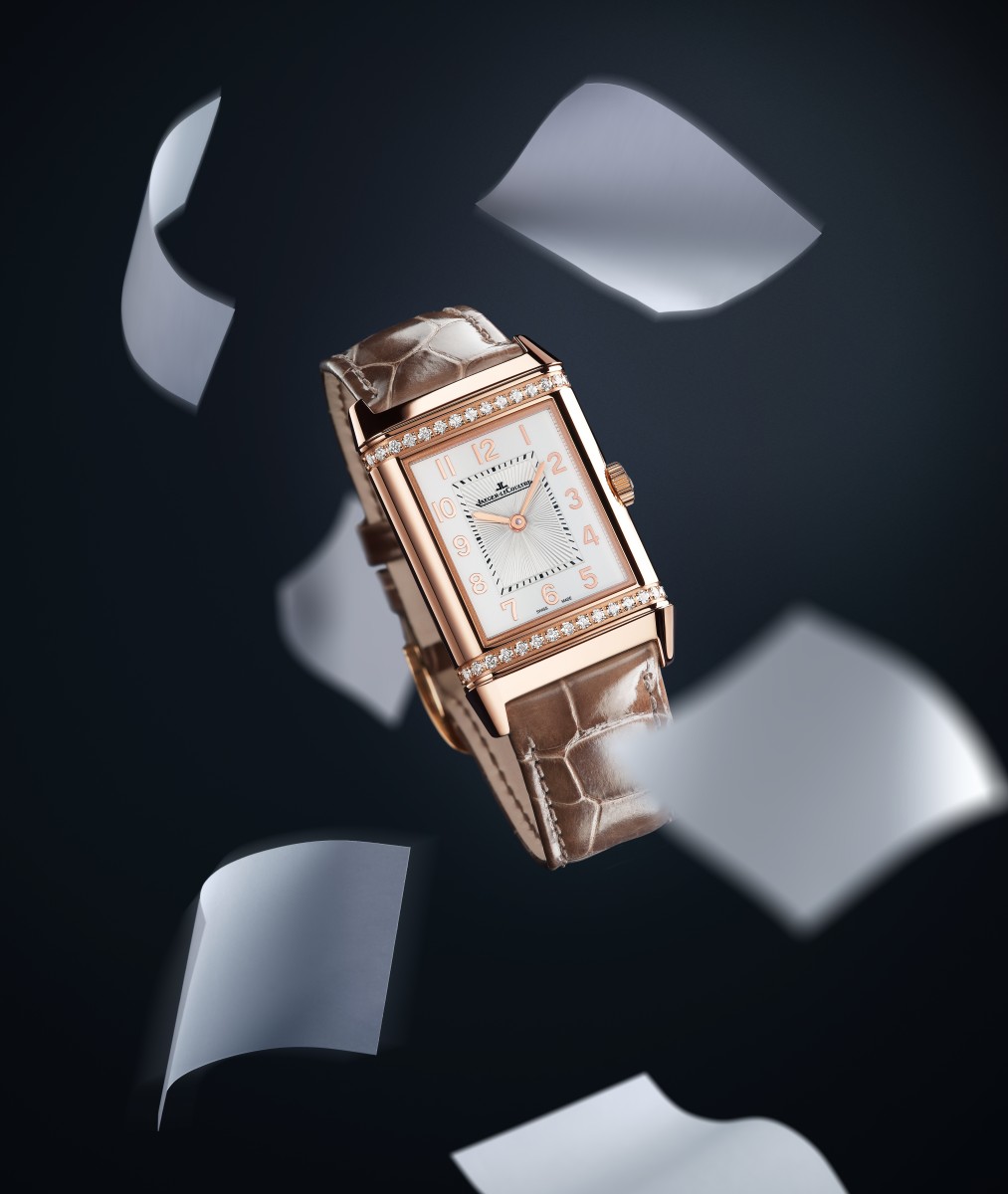 On the light-coloured front dial, a central rectangle decorated with deeply etched sunray guilloché pattern is framed by a chemin de fer minute track. Surrounding this, the clean-lined applied Arabic numerals stand out against a smooth background, adding greater visual depth and complexity. On the darker-coloured reverse dial, a sunray-brushed central circle is defined by a fine golden or steel ring (to match the case material), from which deeply etched guillochage radiates in a sunray pattern, accented by fine golden or steel bands that mark the hours.

Subtly refined details distinguish the new Automatic model from its hand-wound counterparts: on the reverse-side dial only the numeral ‘12’ is marked, and a small aperture at the centre reveals the oscillating mass. The self-winding movement is Jaeger-LeCoultre’s Manufacture Calibre 968A, with a 38-hour power reserve. Adding further richness, the gadroons on the upper and lower edges of the case are now defined by row of grain-set diamonds on both the front and reverse faces.