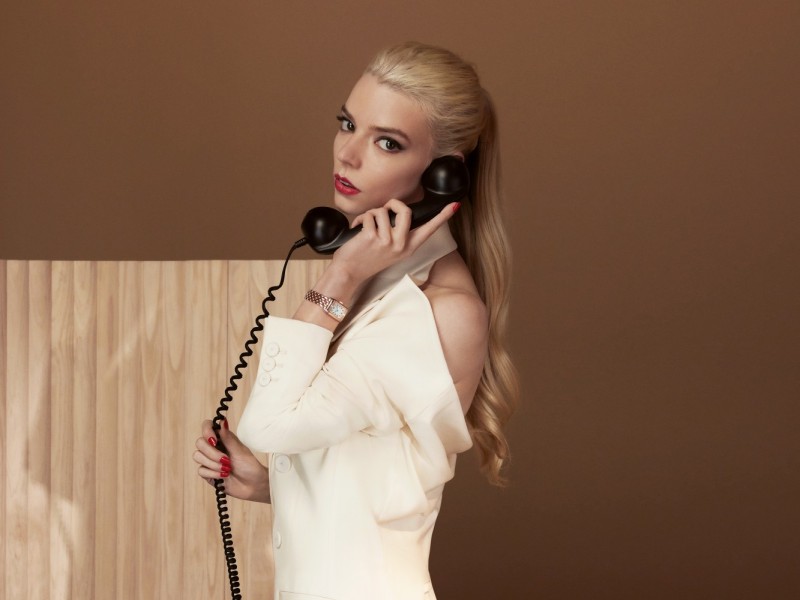 Recognised as one of the most exciting talents of her generation, Anya Taylor-Joy is the living embodiment of modern femininity. Her on-screen presence has a mercurial quality – otherworldly yet intensely present, fearless but vulnerable, innocent yet dangerous.

Born in Miami to British-Argentine parents, and raised in Buenos Aires and London, the 26-year-old actress won rave reviews for her breakout performance in Robert Egger’s The Witch in 2016. A series of critically-acclaimed roles followed and, in 2020, the Netflix hit The Queen’s Gambit shot her star into the stratosphere; her mesmerising portrayal of Beth Harmon won her a Golden Globe, a Screen Actors’ Guild award and a Critics’ Choice award. This was followed by major roles in Edgar Wright’s Last Night in Soho and Robert Eggers’ The Northman, and she will next be seen in David O. Russell’s Amsterdam with Christian Bale and Margot Robbie, as well as Mark Mylod’s comedy-horror The Menu with Ralph Fiennes and Nicholas Hoult. Anya is currently filming Furiosa, the Mad Max prequel.