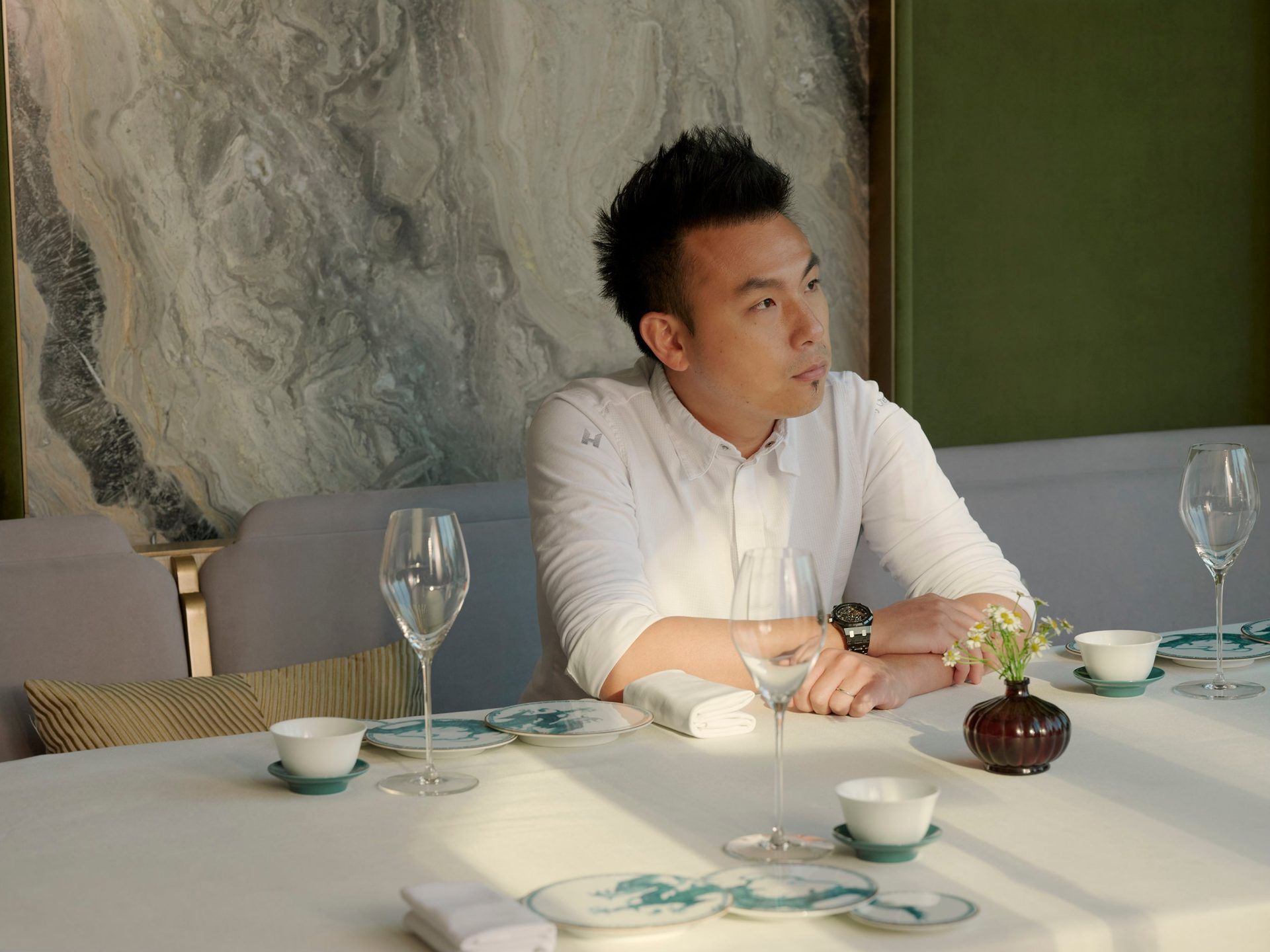 The other aspect of this decision was because, at the time, nobody in Hong Kong was combining the culinary traditions of France and China in a sustained, meaningful way. As far as I know, in 2016 there was only one restaurant in the whole city that had infused hip Western dining – the ‘it’ thing back then was molecular gastronomy – with Chinese flavours.

Am I right in assuming you’re referring to Bo Innovation?

Yep, but other than those guys there was nobody who had come close to tapping the potential of ‘Chinese x French’ fusion. The task was initially pretty challenging, but what I soon realised was that in both cuisines there are certain premium products that actually mirror one another. In haute cuisine, ingredients like truffles, foie gras and nicely marbled free-range beef play an established role; and in high-end Cantonese restaurants – which serve the most globally dominant style of regional Chinese food – you simply can’t overstate the importance of hoi mei [dried seafood], which fulfils a similar role.

That kernel of a concept eventually became VEA. We were arguably the first restaurant to prepare all of the dishes that used dried seafood – things like sea cucumber and fish maw – with French technique and those classic ‘fine dining’ flavours.

In hindsight, fusing those two culinary traditions together, especially for audiences in Asia, seems like an obvious move, so why is this a trend that we hadn’t seen earlier?

The two cuisines are, in all honesty, extremely distinct from one another. For somebody whose culinary education consists of studying French classics, there is often very little room to incorporate fusion influences, Asian flavours or improvisation. The upshot of that is you’re exposed to an extremely pure way of thinking, which is important for any chef who wants to establish how and why these very influential dishes are cooked a certain way.

Now, combining that regimented style of cooking with Chinese ingredients such as dried seafood is not a typical thing. The dynamic is more organic between French and Japanese food because of the intermingling between both communities. That’s why so many typical Japanese ingredients – whether it’s ikura or dried kelp – evoke a more cosmopolitan feel these days, and you can find them in extremely good French fine-dining restaurants across the globe. Conversely, it’s not as easy to weave Chinese influences into French cuisine, because the flavours and ingredients associated with the former are much less widely understood.