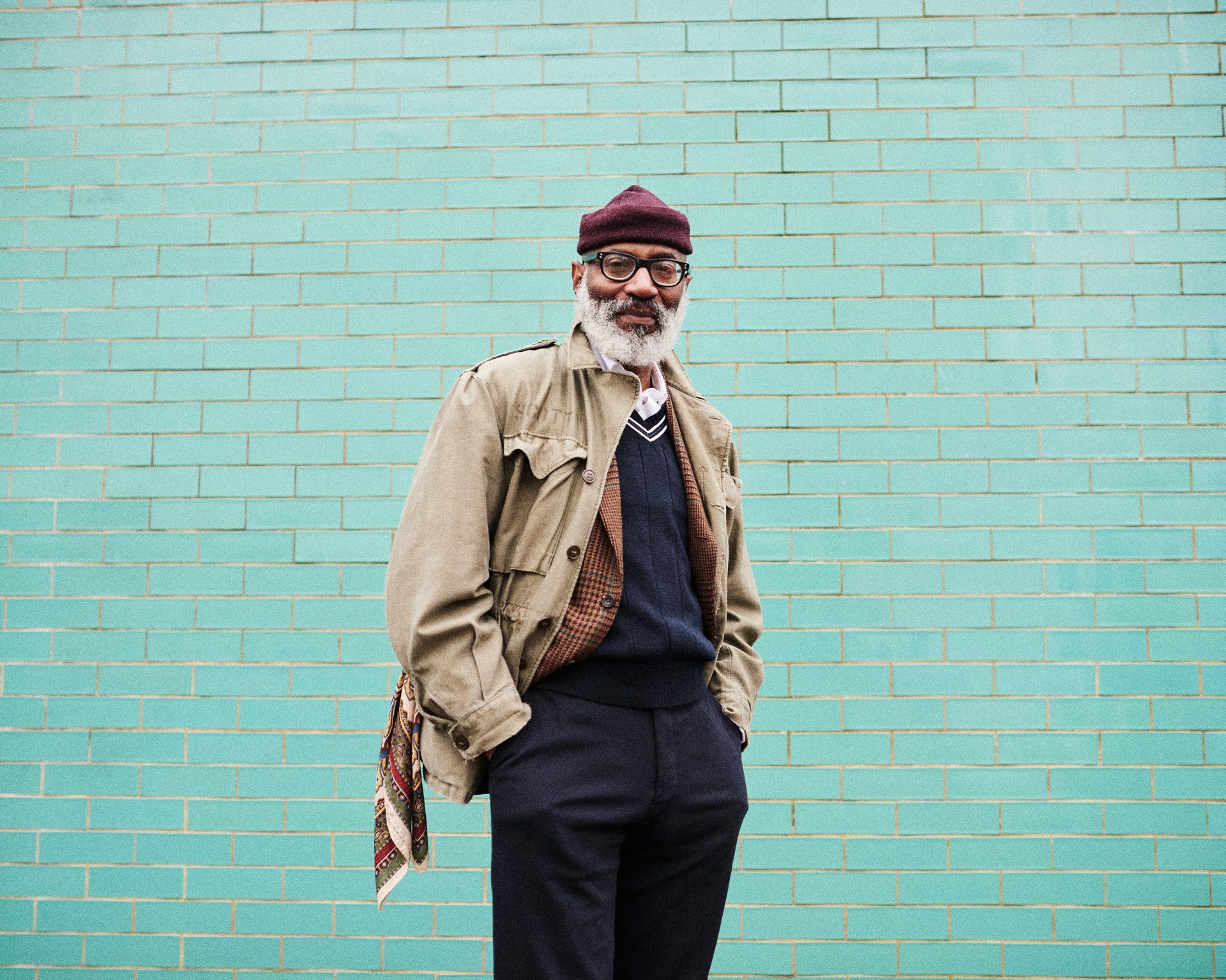 But all that is to say that even before I could read properly, I was fascinated by this look. And as I grew older, I discovered jazz music. And I discovered the Ivy League look. I was growing up working class in East London, and started getting into jazz music and jazz clubs. And going into Soho and hanging out.

Were you playing or you were just a fan?

I was just a fan, and I eventually organised jazz clubs. But a lot of it was to do with the style. You know, maybe we were recreating the style, but also making a statement about being different from the other kids at that time. When you see the album covers, there’s so much going on with them in terms of clothes.

So how did you get into the fashion industry?

I’ve been lucky, or maybe selfish in the sense that I’ve only really worked on stuff that I like and, pretty much most of the time, with people that I like. My first ever job was in France and I was there for a year. I wanted to be a stylist, a proper fashion stylist. I had finished studying and was thinking about what I’m going to do for a living. I figured, “OK, I like clothes. I’m going to be a fashion stylist – and it doesn’t seem like a proper job, so I’m sure I can do that.”

How do you make an iconic watch? Put it on an iconic athlete