Gaydon, UK, 22 February 2021 – Girard-Perregaux has been announced as Official Watch Partner of luxury British automotive manufacturer, Aston Martin. The Swiss Manufacture is one of the oldest names in watchmaking, known for making peerless exemplars of Haute Horlogerie. The two brands will collaborate on upcoming limited-edition timepieces.In the relentless pursuit of speed, time is the overriding concern. The race against the clock has captivated fans of motorsport for over 100 years, while the measurement of time has challenged watchmakers throughout history. The similarities between both domains are clear to see. 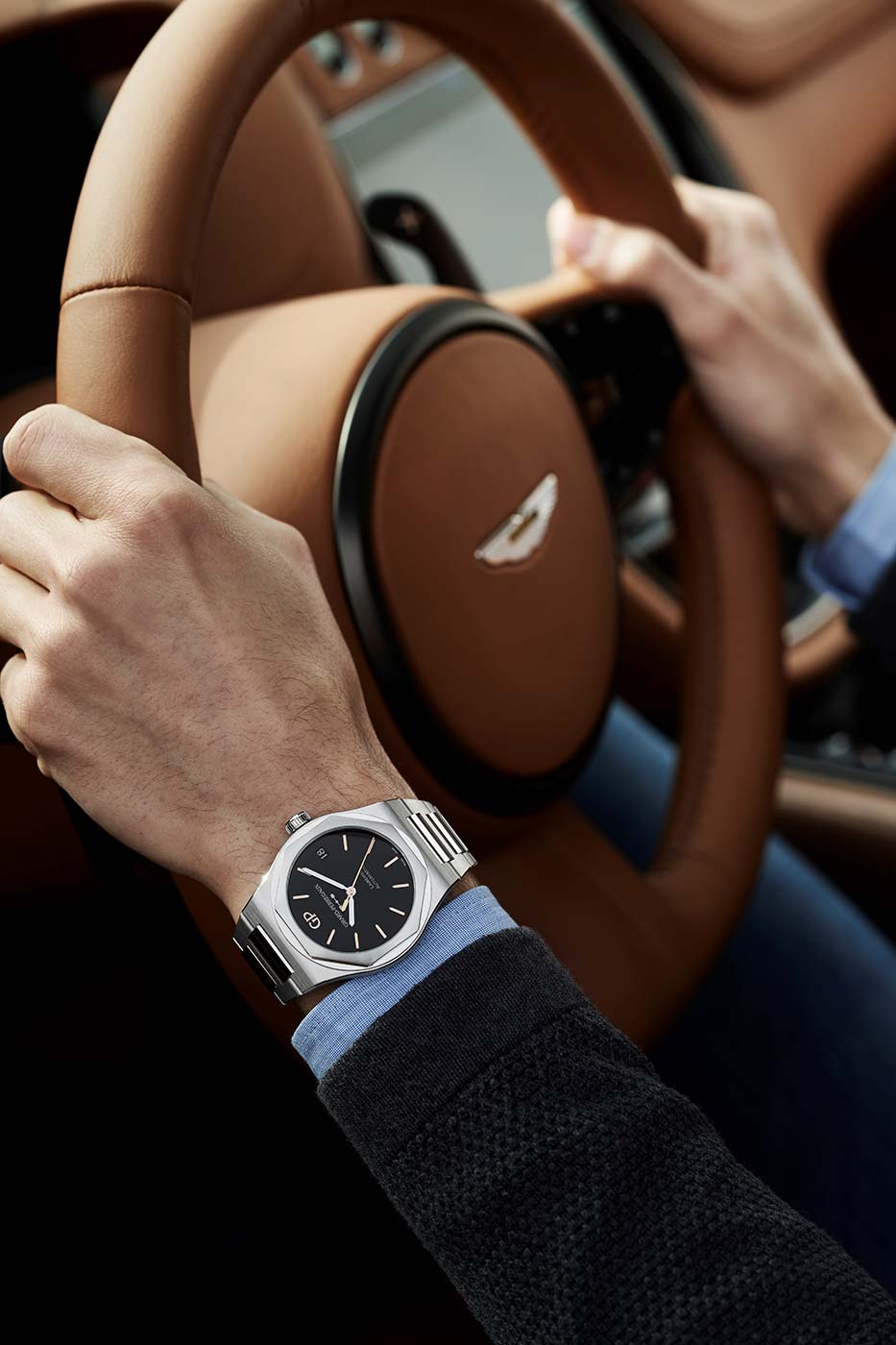 Both Aston Martin and Girard-Perregaux were founded by visionaries with an innate passion. Aston Martin was founded in 1913 by Lionel Martin and Robert Bamford, while Girard-Perregaux can trace its origins to 1791 when Jean-François Bautte, aged just 19, produced his first watch. But most notably, it was a love story which led to the birth of one of the greatest names in watchmaking when Constant Girard married Marie Perregaux in 1854.

The now-legendary Aston Martin DBR1 (1956), a car made for competitive racing, was a precursor for some of the marque’s most well-known heritage ‘DB’ road cars. It was styled in-house by a highly talented designer, Frank Feeley, and represents what is unquestionably his ‘finest hour’ – indeed the shape of the DBR1 remains one of the most beautiful and graceful of all time. Moreover, the design incorporates a key functional attribute – the side air vent – which debuted on this car and remains a key functional and visual characteristic of Aston Martin’s road-going sports cars to this day. This functional element has become a key aesthetic detail that imbues the marque’s models with their distinctive personality. In fact, one glance at an Aston Martin car immediately reveals the identity of its maker.

Similarly, when Girard-Perregaux released its now-famous Tourbillon ‘With Three Gold Bridges’ in 1867, it transformed three functional components, often hidden from view, into attractive aesthetic features. Indeed, with the advent of this watch, the once invisible was deliberately made visible. Throughout its 230-year history, the Swiss Manufacture has demonstrated its creativity, often playing with different shapes. Indeed, it is this mindset that inspired the brand’s slogan ‘Shaping the now for those in the know.’

While both organisations have amassed a wealth of skills and traditions, they continue to look ahead. Indeed, it is this progressive mindset which sees both firms embrace continuous improvement and pursue superior performance.

Tobias Moers, Aston Martin Lagonda’s Chief Executive Officer, remarks: “The real beauty of partnerships such as this one is that, although we share very similar core values, the two brands can learn a great deal from one another. Girard-Perregaux is a prolific innovator in the use of materials and new technology. We both create highly desirable luxury products that are beautifully designed, deliver a powerful performance and exhibit flawless execution.” 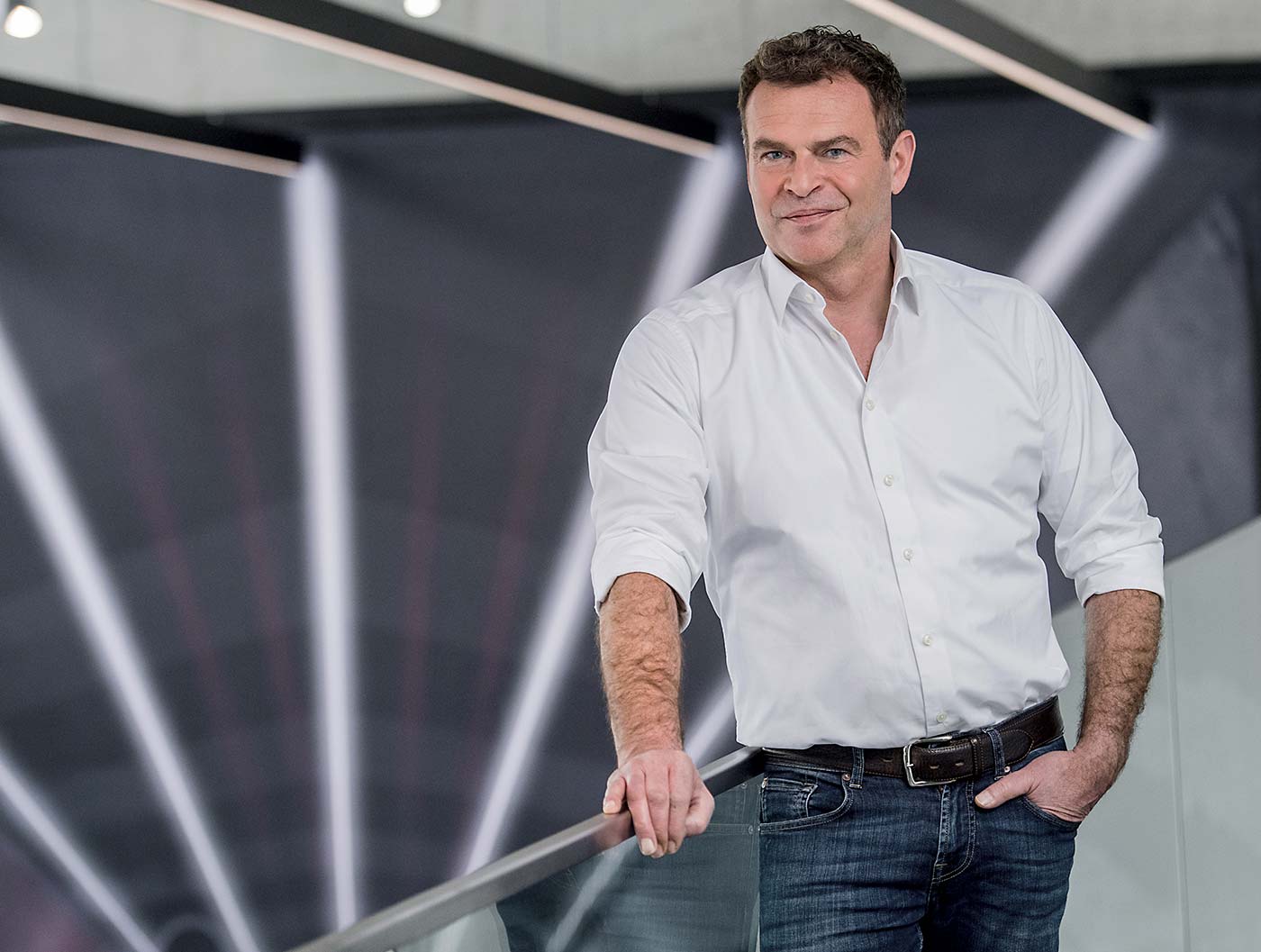 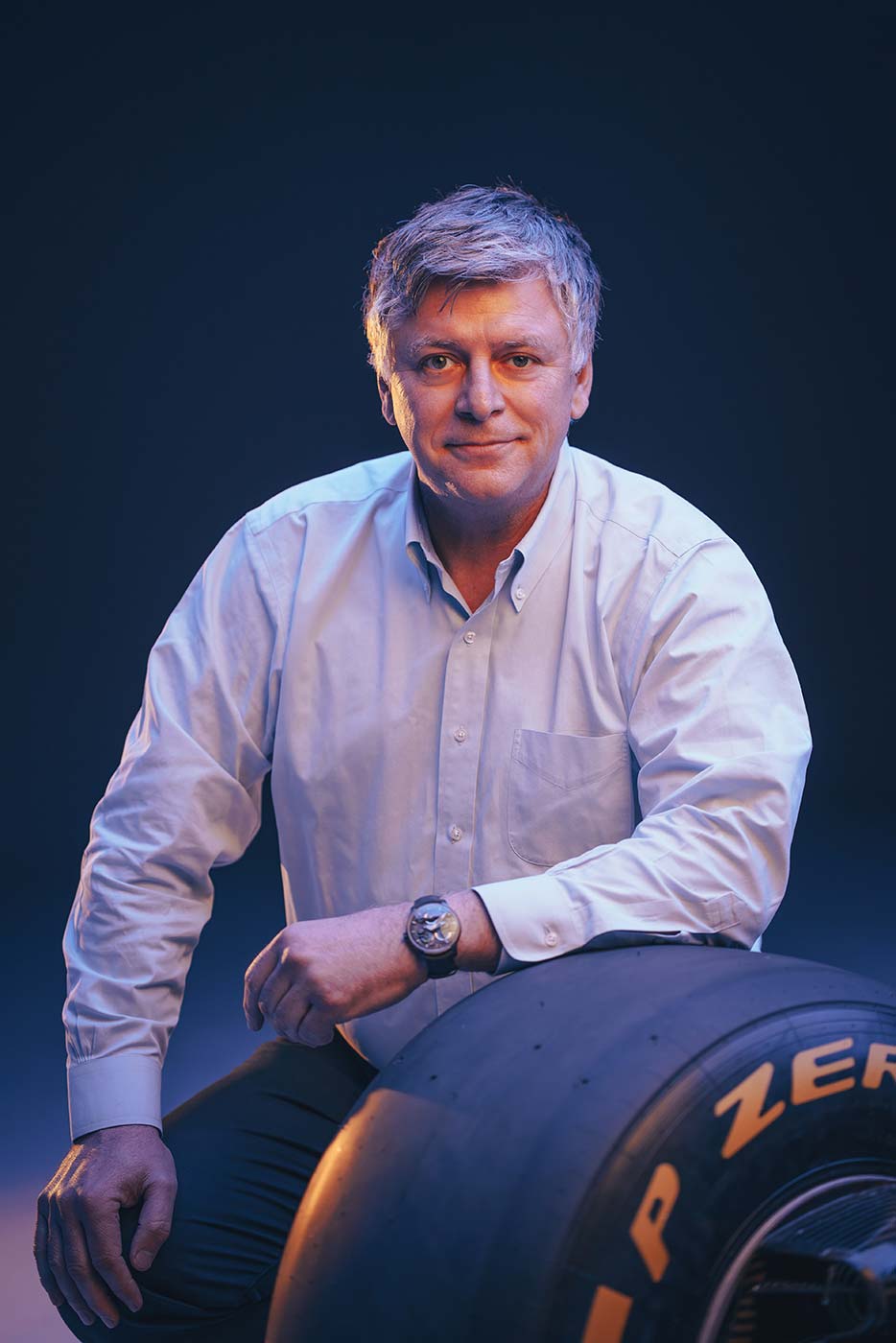 Patrick Pruniaux, Girard-Perregaux’s Chief Executive Officer, adds: “2021 is an important year for both Girard-Perregaux and Aston Martin. We are celebrating an astonishing 230 years of watchmaking, whilst Aston Martin celebrates its return to Formula One as a works team for the first time in over 60 years. We have much to celebrate so uniting our worlds to create something special is the perfect way to acknowledge and appreciate these milestones.” 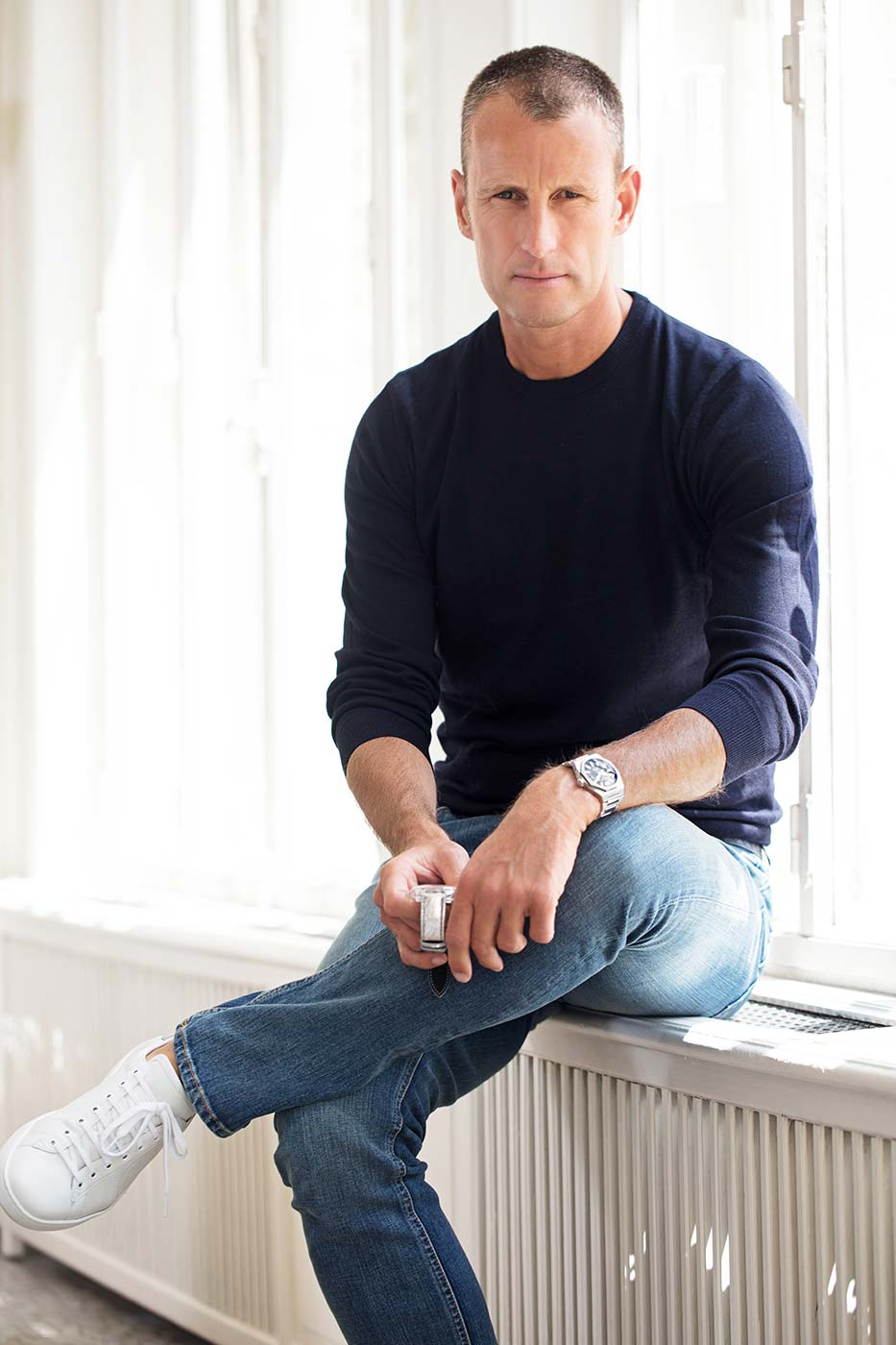 Girard-Perregaux branding will feature on the Aston Martin Cognizant Formula One™️ Team cars as of the beginning of the 2021 F1 season in Bahrain while the first timepiece to be borne from the collaboration between Aston Martin and Girard-Perregaux will be revealed later this year. 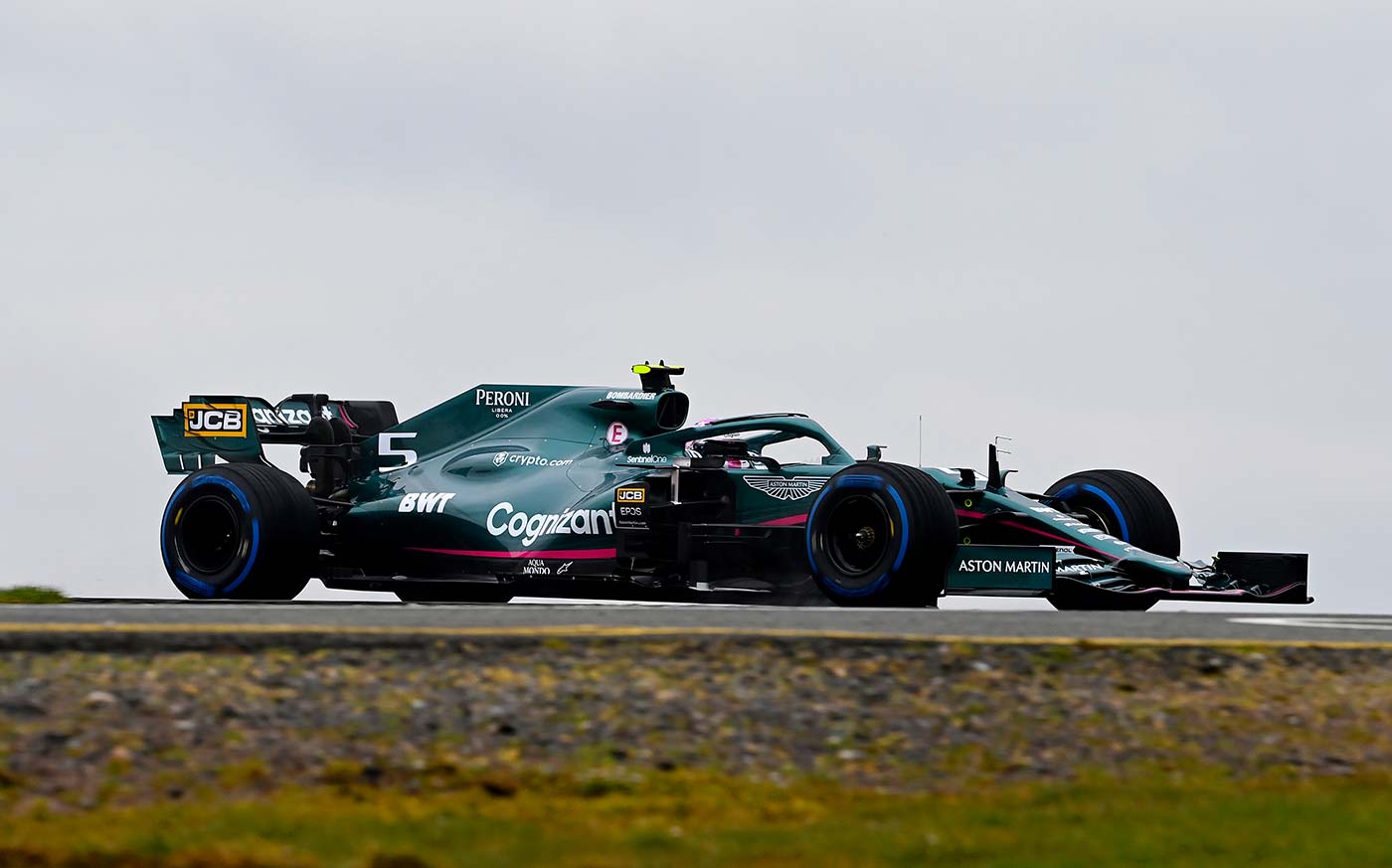 Aston Martin Lagonda is a luxury automotive group focused on the creation of exclusive cars and SUVs. The iconic Aston Martin brand fuses the latest technology, exceptional hand craftsmanship and timeless design to produce modelsincluding the Vantage, DB11, DBS Superleggera and the new SUV, DBX. Based in Gaydon, England, Aston Martin Lagonda designs, creates and exports cars which are sold in 51 countries around the world. Lagonda was founded in 1899 and Aston Martin in 1913. The two brands came together in 1947 when both were purchased by the late Sir David Brown.

After more than 60 years away from Formula One, Aston Martin returns to Grand Prix racing in 2021. With one of the most iconic emblems in the world emblazoned above the garages and a team of over 450 passionate men and women at its heart, this is a team with both a rich heritage and a fresh perspective – bringing new energy to the sport with a determination to shake up the order and compete at the sharp end.

A growing family, where like-minded people from all walks of life are encouraged to be a part of our journey and given a platform to thrive, our mission is to use the global platform of motorsport to engage a new wave of fans – showcasing the technology and innovation which live at our core while representing the values that resonate with the changing world in which we live. The new age of Aston Martin Cognizant Formula One™ Team begins here. 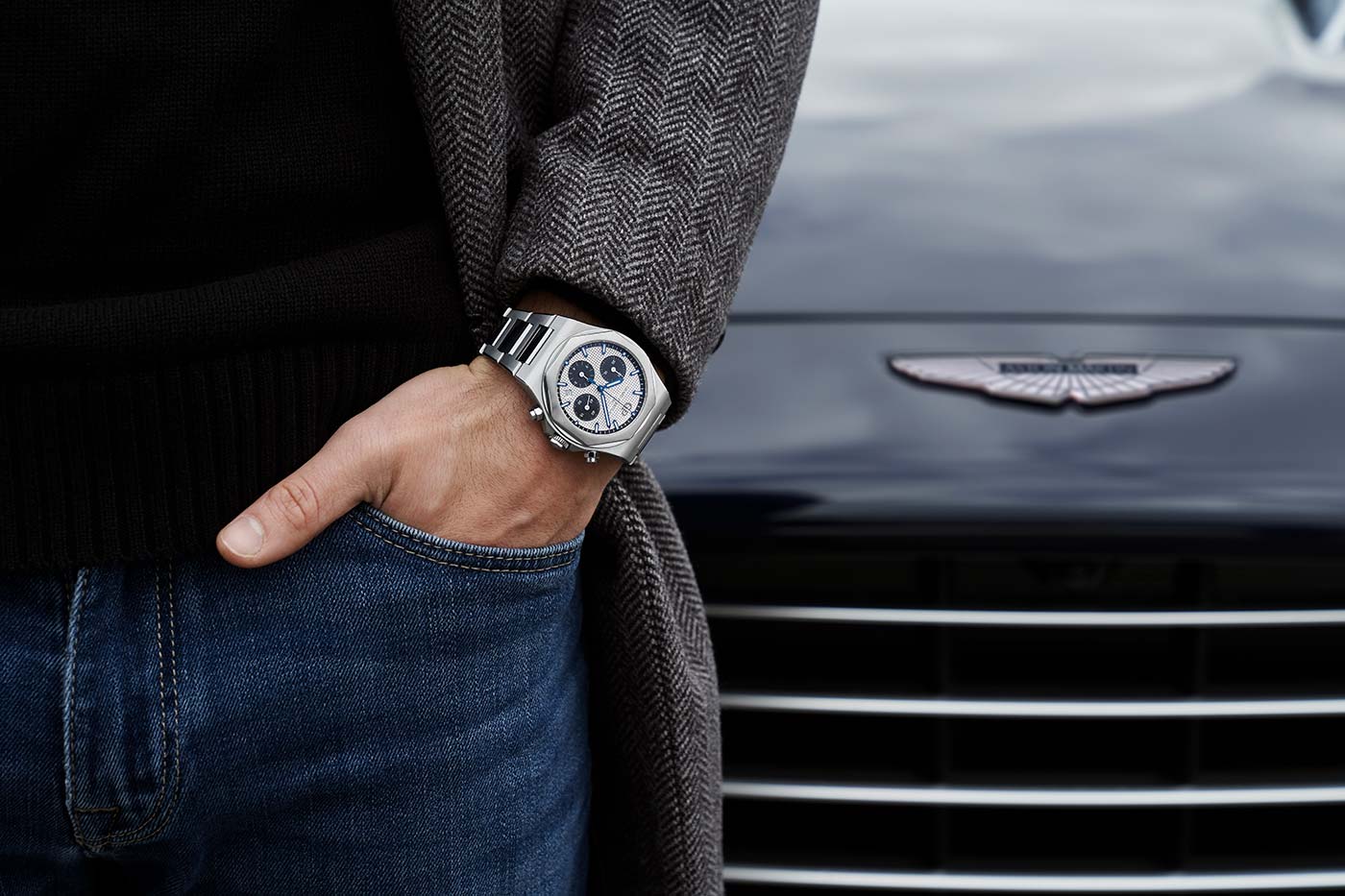 Founded in 1791, Girard-Perregaux is one of the oldest fine watchmaking manufactures still in operation and is appreciated by those in the know. This year the company celebrates its 230th anniversary, a fitting testament to the brand’s watchmaking expertise. Indeed, the firm’s history is dotted with exceptional creations that skilfully blend aesthetics and functionality. These models include the iconic Laureato, born in 1975, as well as the legendary Tourbillon ‘With Three Gold Bridges,’ a watch that made the invisible visible, transforming bridges from just a technical element to an integral part of the timepiece – a first in watchmaking. Girard-Perregaux’s place at the vanguard of horological innovation is confirmed by over one hundred recorded patents together with numerous prizes and distinctions. It remains one of the few watchmakers to retain Manufacture status for over two centuries by mastering all the required horological skills in-house and making watches infused with a notable degree of authenticity. While Girard-Perregaux respects its heritage, it continues to look ahead, embracing new technologies, state of the art materials, and fresh takes on iconic shapes.