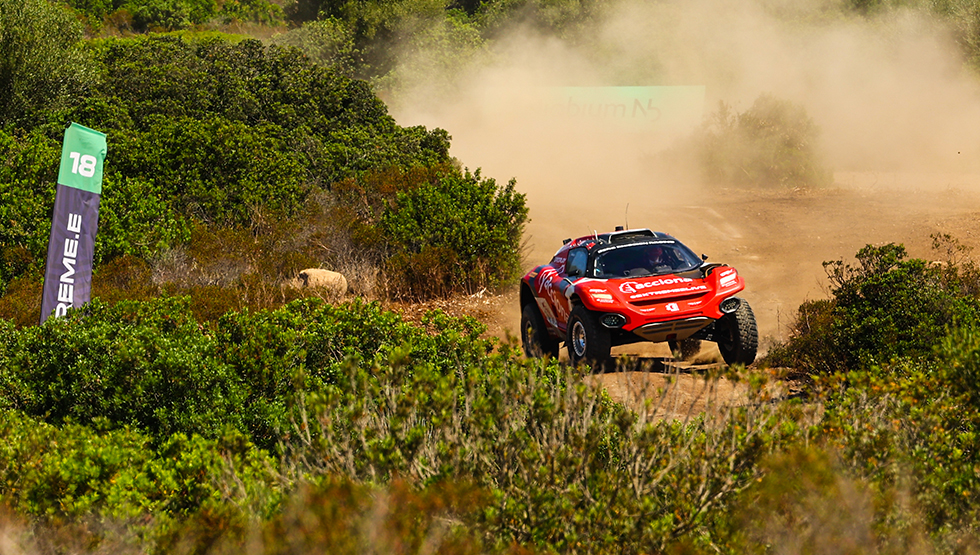 Halfway through the second season of Extreme E, the electric rally racing championship – of which ZENITH is a Founding Partner and Official Timekeeper – showed no signs of slowing down. For the second and third races of the season, the teams returned to the Italian island of Sardinia for the championship’s most intense week yet at the NEOM Island X Prix. Instead of the regular format of one race per venue, Extreme E raised the stakes by hosting two races at the Army Training area at Capo Teulada in Sulcis-Iglesiente, an historic area situated in the south-west of the island. Due to the hotter and drier July weather, the terrain featured an abundance of natural obstacles to navigate through.

Zenith CEO Julien Tornare, who attended the races throughout the week, shared: “The second season of Extreme E is definitely giving us even more emotions and surprises. Fans were excited to discover the second edition of the DEFY Extreme E, and our dear friend Carl Cox came by to show his support and celebrate with the teams. We also got to see the progress from last year’s Legacy Programme and continue working with MEDSEA on replanting seagrasses in the Mediterranean, with whom ZENITH has also chosen to support on a multi-year project.”