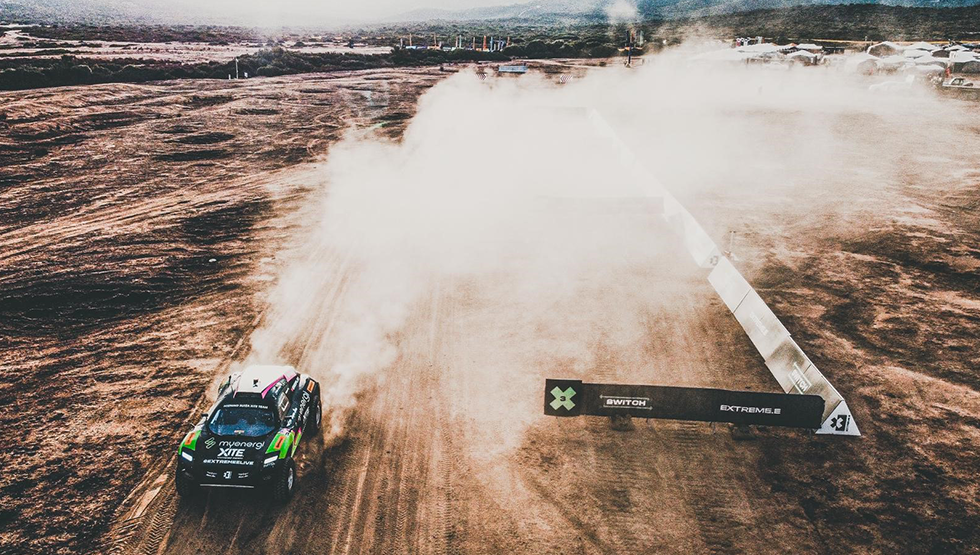 The competition is definitely heating up at Extreme E. For the penultimate race of its inaugural season, of which Zenith is the Official Timekeeper and Founding Partner. The electric off-road championship headed to Capo Teulada off the coast of the Italian island of Sardinia for the Enel X Island X Prix. Marking Extreme E’s first European destination, the Teulada route took place in the Army Training area at Capo Teulada and provided a harder compact surface compared to the previous races.

After tight qualifying runs on Saturday, Rosberg X Racing’s Molly Taylor and Johan Kristoffersson emerged victorious and secured their third championship pole position in Sardinia, putting them in the lead for the championship title.

With just one more race to go and fierce competition between the teams, anything can happen at the final Extreme E race of the 2021 season taking place in the United Kingdom in December!

For the Zenith Moment in Time prize, which awards one exceptional performance from each race, Molly Taylor’s feat during the Arctic X prix in Greenland was the outstanding choice as voted by social media users. After tumbling on a turn and having the car roll over on the sand, Molly Taylor didn’t flinch and immediately continued the lap. Her co-pilot Johan Kristoffersson handed her a DEFY Midnight during the Enel X Island X Prix; a watch that symbolizes the modern, confident and inspiring woman that blazes her own path against all adversity.

At the end of the Enel X Island X Prix, one driver’s performance stood out as breathtakingly extreme. After losing his car’s door and having water, sand and mud splash into it, ABT CUPRA XE’s Mattias Ekström managed to finish the race in second place. On his spectacular performance and receiving the Zenith Moment in Time prize, Mattias Ekström said: “Many, many thanks to Zenith for this amazing Defy Extreme. I never thought I would win an award for losing my door – but that just shows how crazy Extreme E can be! Actually, I was afraid our fight for the podium was lost when lots of fresh air and mud came in from the right side. But then we ended up with a trophy, some champagne and a Zenith DEFY Extreme on my wrist.”