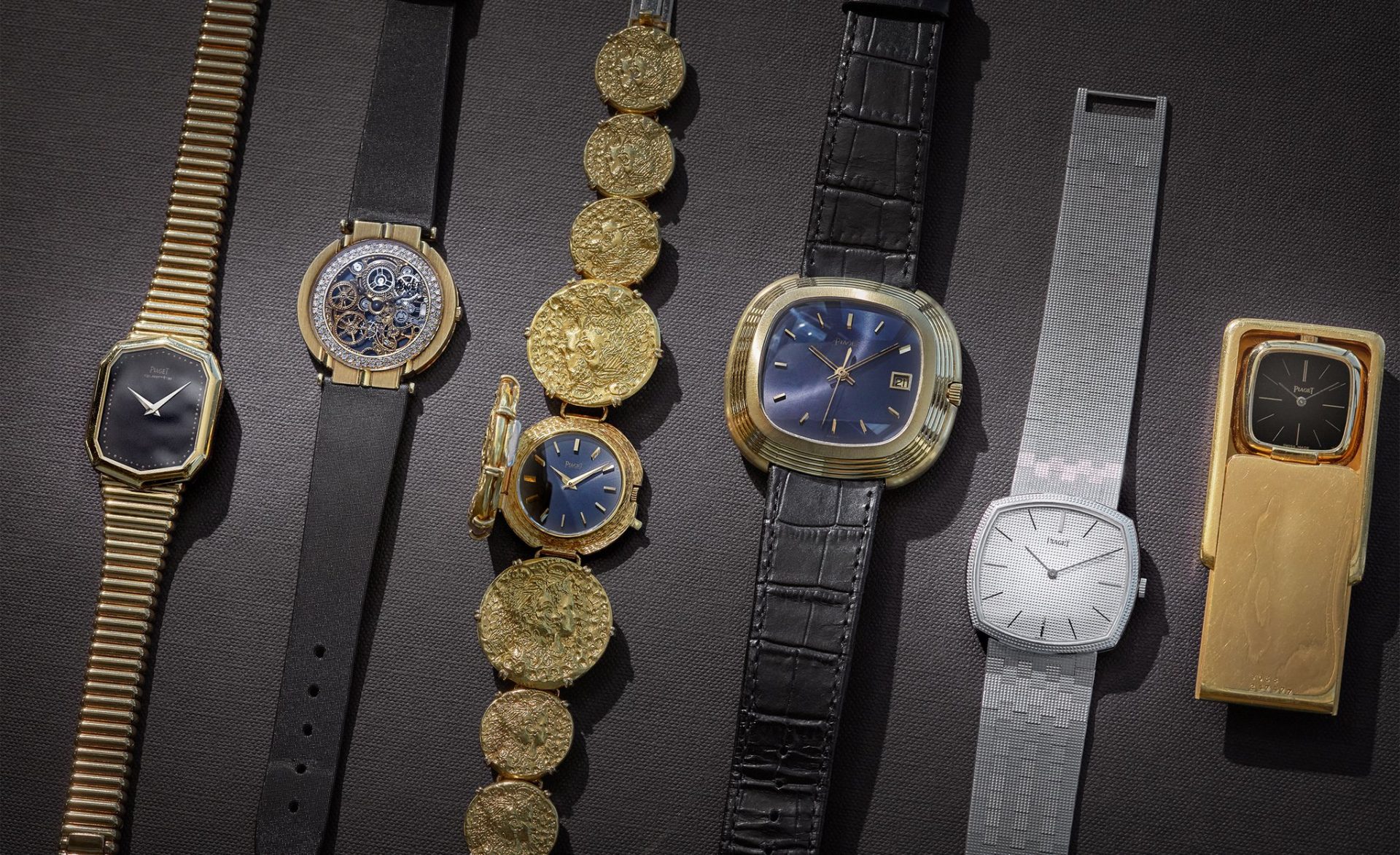 1966 also marked the release of the epic war film Is Paris Burning? – a French-American co-production penned by Francis Ford Coppola and Gore Vidal. For the film’s premiere, lead actor Alain Delon – widely considered to be at the height of his career – sported the Ref. 12103, a 34mm dress watch with a Clous de Paris dial, embodying the Piaget family’s commitment to a refined, automatic expression of men’s horology. In stark contrast to much of the paraphernalia worn on red carpets today, this 12103 was Delon’s own property. That provenance helped to cement the popularity of this reference; and eventually, its design language came to form the basis for the Altiplano.

Any discussion of the Piaget society is incomplete without a mention of ‘secret’ watches: specifically, those owned by Salvadore Dalí and Andy Warhol. In 1967, Piaget successfully acquired the rights to reproduce the Dali D’OR: numismatic designs minted in four different values, bearing the famed Spanish surrealist’s likeness, along with that of his wife Gala. These authorised reproductions (conceived as a small run of watches, jewellery, and accessories) were something of a no-brainer, as by this stage, Piaget had been producing ‘secret’ watches fitted with ultra-thin calibres for at least two decades. The collection’s aesthetic leanings drew heavily on Dalí’s career-long fascination with ideas of mysticism and divine geometry. By Dalí’s own admission, “the transmutation of matter into gold is [my] eternal preoccupation,” encouraging the Design Studio to work exclusively with 18K and 22K yellow gold in order to render his likeness on the surface of bracelets, signet rings, and even cufflinks.