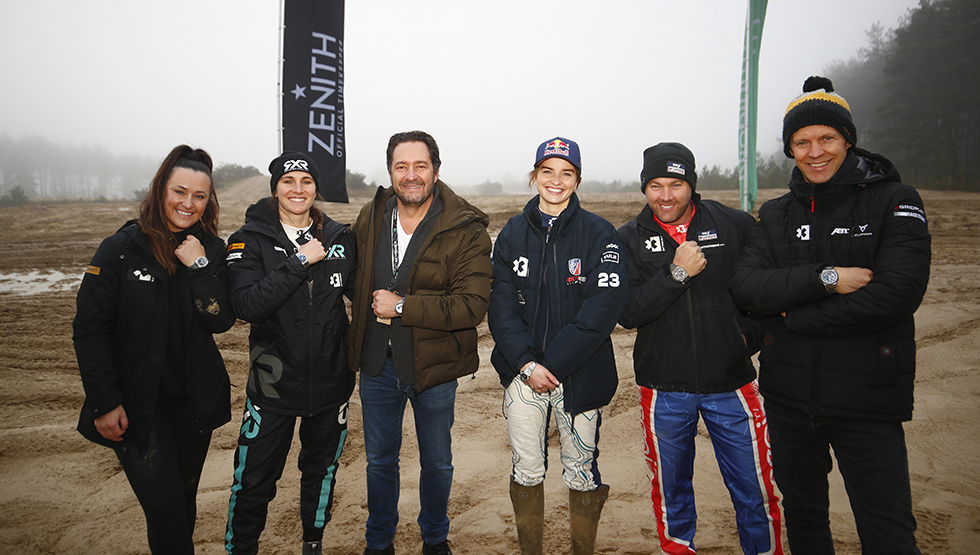 The inaugural season of Extreme E has come to a thrilling end. Zenith, the Official Timekeeper and Founding Partner of the world’s first electric car rally championship, took to the English county of Dorset on the Jurassic Coast to support the final race in what has been in an incredible first year for the motorsport of the future.

Zenith and Extreme E has as natural a fit as they come. Led by the spirit of innovation while promoting values of sustainability and gender equality, the first integrated Swiss watch manufacture and the first electric rally championship share much in common. Whether it is Zenith’s own initiatives encompassing all its activities from internal processes and product development or the associations and ambassadors it chooses to support, these actionable values are reflected in Extreme E unique and game-changing approach of racing with a purpose, by giving women equal opportunities behind the wheel and going and raising awareness around climate change and leading initiatives to mitigate its effects wherever races are held.

After the first four races in remote location<ns spread across four continents, the final showdown took place at the British Ministry of Defence Base at Bovington. With a course spanning 3.8 kilometres with a mixed surface of clay, sand, gravel and mud, the 9 teams and 18 drivers encountered a new kind of challenge on a track where gaining any kind of grip on the slippery terrain was nearly impossible.

As in all the five Extreme E races this season, Zenith and social media users voted to highlight one driver who demonstrated an unexpected and jaw-dropping performance with its Moment In Time prize. On the Jurassic X final race, Segi TV Chip Ganassi Racing team’s Sara Price achieved the longest and highest jump on the track’s “Knife Edge”. Immortalizing her incredible feat, Sara was awarded a Zenith DEFY Midnight watch.